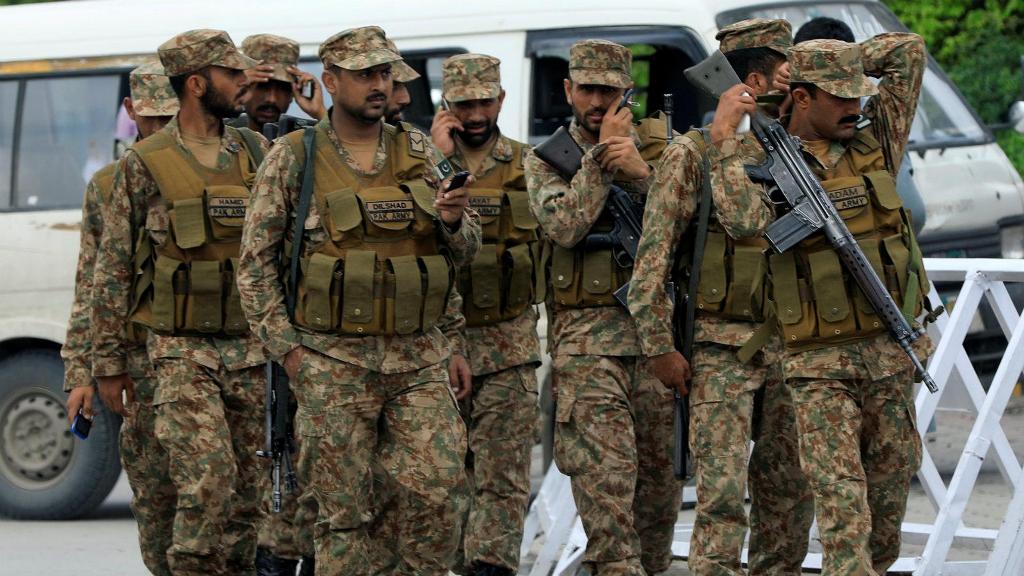 Late on 16 June 2020, at least twenty Indian troops were killed by the Chinese, during tensions that provide an ideal opportunity to re-establish the Khilafah in Pakistan. Although the Muslims of Pakistan celebrated the losses of the Hindu State, Islam demands greater actions from them of regional and global impact. Allah (swt) said, تَحْسَبُهُمْ جَمِيعًا وَقُلُوبُهُمْ شَتَّى ذَٰلِكَ بِأَنَّهُمْ قَوْمٌ لَّا يَعْقِلُونَ “You think they are together, but their hearts are diverse. That is because they are a people who do not reason.” [Surah al Hashr 59:14]

The kuffar are united in enmity against Muslims, as is evident in the Hindu State’s brutal occupation of Kashmir and China’s cruel persecution of the Uighur Muslims of East Turkestan. However, at the same time, the kuffar are differing in their opinions, testimonies and desires leading to severe clashes between them. Regionally, Modi is pursuing the American plan to contain China, which is straining his ill-prepared forces. Internationally, Modi’s master, the US, is clashing with China in various theaters, at a time its economy is faltering, its healthcare is collapsing, its military is desperate to reduce its burdens and its people are bitterly divided along racial and political lines. It is certainly the right time to re-establish the Khilafah (Caliphate) on the Method of the Prophethood ﷺ, which will unify and mobilize the armed forces of the entire Ummah to liberate occupied Muslim Lands. However, instead, the Bajwa-Imran government persists in blind obedience to the United States, thereby squandering every opportunity that Allah (swt) presents and herding the Muslims into worsening poverty and insecurity.

Islam has charged us with establishing Islam’s supremacy in the international arena. Thus, both the state of RasulAllah ﷺ and the Khilafah Rashidah after him ﷺ, fully seized the opportunity when the Roman and Persian empires were weakened by their mutual conflict. Those who ruled by all that Allah (swt) has revealed overwhelmed these empires, annexing much of their lands into the vast lands of Muslims, whilst their people entered Islam in droves. The Khilafah Rashidah is not just part of our glorious history, to warmly remember, it is the singular political destiny of the Islamic Ummah. Allah (swt) has promised those who believe and do righteous deeds that they will have succession (to authority) on earth, وَعَدَ اللَّهُ الَّذِينَ آمَنُوا مِنْكُمْ وَعَمِلُوا الصَّالِحَاتِ لَيَسْتَخْلِفَنَّهُمْ فِي الْأَرْضِ كَمَا اسْتَخْلَفَ الَّذِينَ مِنْ قَبْلِهِمْ “Allah has promised those who have believed among you and done righteous deeds that He will surely grant them succession [to authority] upon the earth just as He granted it to those before them” [An-Nur: 55]. RasulAllah ﷺ gave the glad-tidings of the return of the Khilafah (Caliphate) on the Method of the Prophethood, after the oppressive rule, in which we are living under, «ثُمَّ تَكُونُ خِلَافَةً عَلَى مِنْهَاجِ النُّبُوَّةِ» “And then there will be Khilafah (Caliphate) on the Method of Prophethood.” [Ahmad]. So let us all contact our sons in the armed forces, urging them as Musab ibn Umayr (ra) urged the men of war of Yathrib, to grant their Nussrah for the establishment of Islam as a state. Then, inshaaAllah, under the visionary leadership of the Ameer of Hizb ut Tahrir, Sheikh Ata Bin Khalil Abu al-Rashtah, the celebratory Takbeeraat of victory will resound in the Srinagar Valley and Masjid Al-Aqsa.