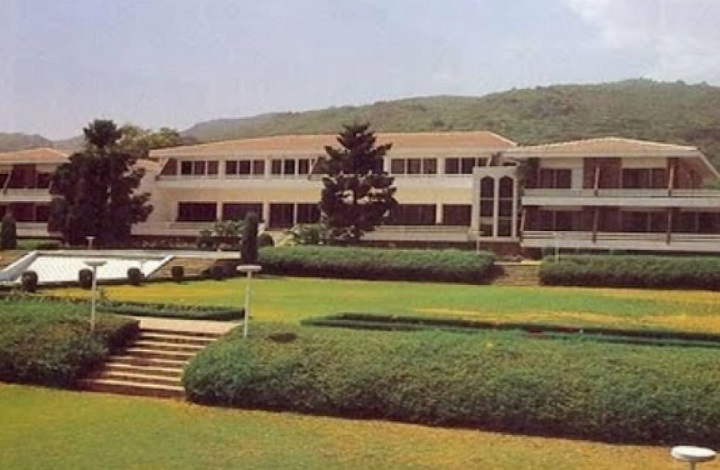 Ahead of the no-confidence motion against Prime Minister Imran Khan, dozens of PTI MNAs’ on Thursday, 17th March 2022, were found staying at the Sindh House, located in the red zone of the federal capital. The dissident lawmakers vowed to vote ‘in line with their conscience.’ implying that they would vote against their PTI party.

Comment:
On 7th March 2022, opposition parties filed a no trust motion in the National Assembly accusing Imran Khan of ruining the economy, pushing millions more below the poverty line. This act from the opposition parties was not a surprise. Since conflict over army appointments emerged in October 2021, it has been observed that the military establishment is distancing itself from PTI. Opposition parties now loudly express that the military establishment has now become neutral, so their no-confidence motion will succeed.

Feeling abandoned, Imran Khan has made a narrative that foreign powers wants his ouster because he said “absolutely no” to US bases. In reality the US never asked and has now tasked Imran Khan to keep the peace. In desperation, Imran Khan has resorted to organizing public gatherings across the country as the political heat upon him increases him.

However, the critical issue is where the people of Pakistan must stand. Other than the diehard supporters of the current political parties, the general masses reject both camps. The people have seen the ruling of Pakistan People’s Party (PPP) and the Pakistan Muslims League (PML-N). They now have seen the ruling of Pakistan Tehreeki-i-Insaf (PTI). All the current political leaderships failed miserably. Under democracy, no party will bring any change or provide relief. No political party under this democratic, capitalist system can deliver except a few scraps of rotten loaf and so their political rivalry is of no interest to the masses.

Real change can never come under democracy because it implements the capitalist order that is designed to secure the interests of the foreign powers and local ruling factions only. Real change will only come when this system is abolished and the Khilafah (Caliphate) on the Method of the Prophethood is established in its place. The Khilafah alone implements the commands of Allah swt in every field of life, whether economy, ruling, judiciary, education, family values or foreign policy. The implementation of the commands of Allah (swt) ensures that we will not be exploited by the colonialist tools, the IMF, the World Bank, FATF and US CENTCOM. It is the Khilafah that will uproot the current oppressive world order, which has drowned small and poor nations under misery, in order to maintain the hegemony of the world’s colonialist powers.

Real change can happen and will happen as Allah (swt) has promised us, but if only we remain loyal to Him (swt), fear none but Him (swt) and strive day and night to earn His Nasr. Allah (swt) said,

“Allah has promised those of you who believe and do righteous deeds that He will surely bestow power on them in the land even as He bestowed power on those that preceded them, and that He will firmly establish their religion which He has been pleased to choose for them, and He will replace with security the state of fear that they are in.” [TMQ Surah An-Noor 24:55].