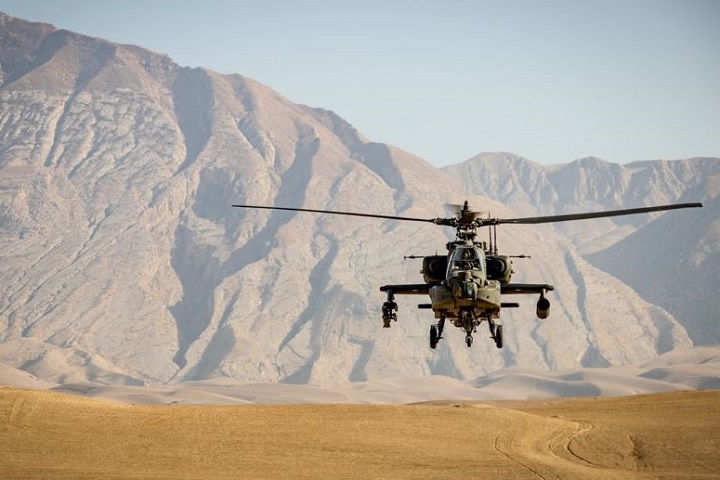 The US carried out a helicopter-assisted operation on the Turkish border in the morning. Helicopters that took off at midnight landed at Atme on the Syrian-Turkish border. At least 12 people are reported to have died in clashes with groups affiliated to al-Qaeda. (Son dakika 03.02.2022)

Comment:
The London-based Syrian Observatory for Human Rights reported that F-16 fighter jets were seen in the air in Idlib and Aleppo. One resident of Atme said many people died, while another said he saw at least 12 bodies in a collapsed multi-storey building. It is stated that among the bodies were women and children.

The US is the largest terrorist and rogue state in the world. Under the pretext of terrorism, they are killing innocent Muslims ruthlessly and brutally all over the world, regardless of children and old women, just as they destroyed the Native Americans. The US is an infidel country, and therefore anti-Islam and anti-Muslim. That’s why they brutally and recklessly murder Muslims in Islamic countries on the grounds that they are terrorists.

Turkey, which provides a base in its country for US and cooperates with it, organizes visits to other countries – Ukraine – for the benefit of the US, and conducts proxy wars on behalf of the US. So, it is as guilty as the US in the killing of Muslims. Because the one who helps the criminal is just as guilty. Because most likely, killer US planes and helicopters that killed innocent civilians took off from Incirlik Air Base in Adana. Even if they did not take off from here, they used the Turkish airspace. Moreover, the United States, which received the intelligence of the Al-Baghdadi operation from Turkey two years ago.

Therefore, all these show that Turkey is as guilty as the rogue US in this operation. If Turkey had not come to the negotiation table with the United States in return for cooperation, silence, or Turkey’s air strikes against the Syrian Democratic Forces (SDF) in Syria and the PKK in Iraq, the United States would never had attempted such an operation. Turkey announced one day before this murderous operation by the US, that it carried out an operation against YPG and PKK training camps and shelters in northern Iraq and Syria under the name of Operation Winter Eagle. This is an indication that there is bargaining.

In his statement, the US President announced that the leader of ISIS was killed in the operation to cover up the deaths of 12 innocent Muslims. Even if the leader of ISIS is killed, this does not mean, and it does not legitimize that the US can carry out an operation on our territory and kill 12 innocent civilian Muslims. If anyone needs to be punished, we as Muslims should punish him, not the bandit and cowboy US. While the US, with the support and cooperation of the treacherous and spy rulers of Muslims, brutally murders the people it considers “criminals and terrorists” on our lands, along with their children, spouses and families, our inability to kill an American whom we consider a criminal and a terrorist on its territory, has caused the groups we consider to be “terrorists” on our soil to be killed. The main reason why we are not able to impose sanctions on the US, which has provided tons of weapons and ammunition in front of our eyes, and why we have become dead silent, are these puppet and agent rulers.

Today, the killing of Muslims wherever and whenever the US wants is due to the absence of the Islamic State, which is the shield, protector and shepherd of Muslims. If the Muslims had a shepherd – the Islamic Caliphate (Khilafah) State – who would protect and watch over their flock from wolves, neither the infidel wolf US nor other monstrous infidel countries would have grabbed Muslims. As it is known, the wolf catches the sheep without a shepherd. In other words, the enemy crushes the person and community that does not have a ruler (Caliphate, Caliph) and easily falls under the domination of the enemies. Unfortunately, this is our situation today. It’s a painful situation. The only way out of this painful situation is to establish the Khilafah State, our shepherd and shield. Therefore, Muslims should focus on establishing the Khilafah and work tirelessly for the Khilafah.

“Verily, the Imam (Caliph) is the shield, behind whom you fight and protect yourself with.”
(Muslim)