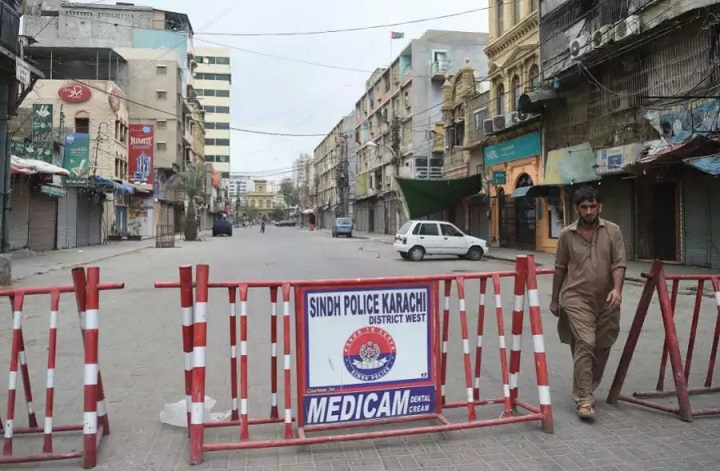 On 30 July 2021, the Sindh Chief Minister announced a sudden nine-day lockdown for Karachi, the world’s largest Muslim city, with a population estimated at well over twenty million, claiming that it was aimed at controlling the spread of the Coronavirus Delta variant. The lockdown included the closure of all markets and businesses, as well as a ban on more than one person on a motorcycle. Opening hours for bakery and grocery shops have been restricted, whilst public movement has been severely curtailed, depriving hundreds of thousands of daily wage laborers of jobs, adding tens of thousands to the millions unemployed. This lockdown will also add millions to the over twenty per cent of Pakistanis who are suffering from malnutrition. Although some concessions were made after intense public pressure, Democracy did not take into account the plight of the millions of victims of lockdowns, deprived of basic amenities for living.

The federal government, on the other hand, reacted to the Karachi lockdown as if it was itself dealing with the Coronavirus (Covid-19) pandemic in the best possible way, with rivers of milk and honey flowing throughout the rest of the country. Was it not the federal government that delayed the import of the vaccine, before a third wave struck the country? We ask whether the responsibility of the government is only to stop the spread of Coronavirus or to save the people from hunger, poverty and misery as well? We ask how many hundreds of thousands of Coronavirus tests these rulers are able to perform daily, even after a year and a half since the beginning of the outbreak, so as to separate the sick from the healthy? After three waves, the rulers must reveal to the public how much capacity has been increased with regard to ventilators, oxygen supply, hospital beds, intensive care units and personal protective equipment, so thousands of Coronavirus patients can be treated without interrupting daily life? How long will the rulers try to hide their incompetence behind complete and smart lockdowns? Even today thousands of people are queuing up for hours, packed like sardines, for vaccinations in overloaded centers, without any precautionary measures. Moreover, they must make extortion payments to the corrupt administration of the rulers, to open businesses or run transport, to avoid the effects of both the complete and smart lockdowns.

Both the provincial and federal rulers criminally neglect the people, whilst political point scoring for the next elections. At the beginning of the pandemic, the rulers ignored the Islamic injunction of complete quarantine of the area of the outbreak, allowing the virus to spread across the country, worsening the crisis. Then, instead of seeking guidance from Islam, the rulers blindly imitated the Western nations by imposing complete lockdowns. However, if the rulers had taken guidance from Islam, they would have separated the diseased from the healthy, through extensive testing, allowing normal life to continue. Indeed, whether it is the PTI government at the center or the PPP government in the province, democracy ignores all that Allah (swt) has revealed. The PTI and PPP both engage in fruitless partisan squabbling, whilst neither stands on the truth of Islam. They do so even though the Messenger of Allah (saw) warned,

“The parable of the one who supports his people upon other than the truth (Islam) is that of a dead camel which falls into a well and is pulled out by its tail.” (Musnad Ahmad). The test of Allah (swt) has truly exposed the failures of Democracy all over the world. The time has come to enlighten the world with the light of Islam through the Khilafah (Caliphate) on the Method of Prophethood. It is the Khilafah alone that will guarantee both the provision of health care and basic needs, through the implementation of the divine laws of Islam.