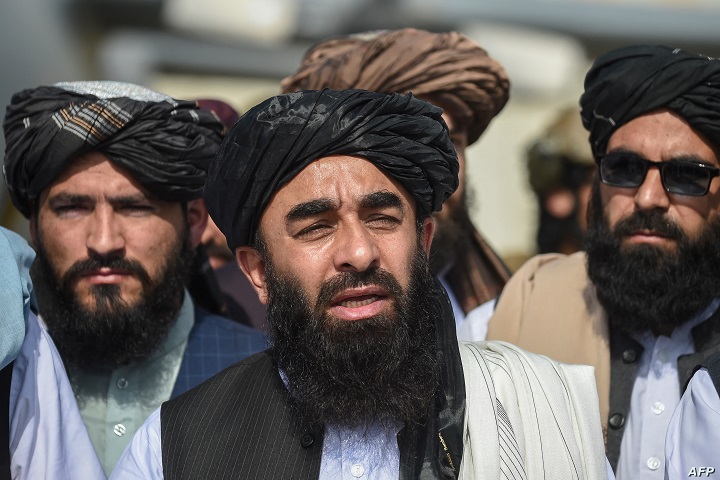 The Taliban have declared that they are trying to form a new government in Afghanistan – a government that shall seek for friendly diplomatic relations based on ‘mutual respect’ with the US and the rest of the world. “The Islamic Emirate wants to have good diplomatic, economic and trade relations with the US based on mutual respect and equality,” Bilal Karimi, a senior Taliban official and member of the cultural committee, told VOA. (Ref: Voice of America)

With the recent development of human political history [to date], and before the advent of international law and the abandonment of international tradition, the legitimacy of any State was naturally achieved by means of its power and thought as well as its political, economic, military, and cultural capabilities. However, after the family of Christian States consolidated against the conquests of the Khilafah (Caliphate) during the concluding period of Ottoman Caliphate, they gradually transformed the international tradition into international law; as a result of which, the current American-led international order was finally emerged after various ups and downs.

In an international order governed by international law, these laws are enacted by great powers through various international institutions; conventions, resolutions, declarations and policies that are enforced on fragile countries that have gained membership in such organizations through deceptive process. While there is not any executing power that would enforce these laws on those who have enacted them.

Given this fact, any international legitimacy for emerging States will definitely require them to fully acknowledge the international order that is led by the US and the permanent members of the UN Security Council. So, a question arises here as to whether a government that claims to be an Islamic State, showcasing the model of the State of the Prophet (SAW) and his successors (Caliphs), could comply with an international law that is based on ‘Secularism’ and Western rationality and establish relations with all countries of the world on the basis of ‘mutual respect’?! If yes, then these questions must be answered. Hasn’t the Islamic State, given its foreign policy, been obliged to convey the call of Islam to the world through Dawah and Jihad?! Hasn’t the foreign policy of the Islamic State established during the time of Prophet, Caliphate and so forth been the spread of Islam through Dawah and Jihad?! Did not the current vast land of the Islamic Ummah turn into Dar-ul-Islam with the blood of the Mujahedeen and the conquerors of the Ummah and was it not due to the foreign policy of various Islamic States throughout the history that we are Muslim now as were our ancestors?!

Therefore, the leaders of the emerging State of the Islamic Emirate must unmistakably realize that an Islamic State has to only implement ‘Islam’ in all areas of life and carry it through its foreign policy [by means of Dawah and Jihad] as one of the duties of Ummah to the entire world. If a minor portion of Islam is implemented inside the country while its conveyance to humankind is restricted by human-made system and/or international law, this will severely damage the legitimacy of the Islamic State and reduce the status of the government from an Islamic to a non-Islamic State. We have to be extra vigilant not to do so because Allah (swt) has warned us very clearly in the Quran. As He (swt) states:

“And judge, [O Muhammad], between them by what Allah has revealed and do not follow their inclinations and beware of them, lest they tempt you away from some of what Allah has revealed to you. And if they turn away – then know that Allah only intends to afflict them with some of their [own] sins. And indeed, many among the people are defiantly disobedient.” [Al-Maidah: 49].

In the struggle for legitimacy; the world, the Western countries, especially the US are deeply concerned of the Islamic Emirate to establish Islam in all spheres of life of the Muslims; violate the international law and order by means of the foreign policy of the emerging Islamic State; and call the Muslim Ummah from all over the Islamic lands to enter into the cradle of Dar-ul-Islam.

Alternatively, the West and the US is not only worried about the Islamic Emirate falling into the trap of legitimacy set by China and Russia but is also perplexed that the Western world might come across a strong wave of migration if the Taliban happen to impose oppression and dictatorship. Nonetheless, the Taliban are concerned about the sanctions, economic problems and isolation like their predecessor; that’s why, they don’t want to walk on the same path to seek international recognition and legitimacy, and to demonstrate considerable flexibility with gradual cautiousness.

On the one hand, if the US and the West happen to recognize the Islamic Emirate of the Taliban, then the legitimacy of their 20-years war will go under question; and on the other hand, if the Taliban come to show further decline in this direction, they will face a grave internal dispute. Therefore, both sides are facing tough and profound challenges. Thus, both have been taking cautious steps to gradually resolve the problem, but the Western world tries hard to eventually have the Taliban melted into an international order and Nation-State system, finally making Afghanistan to once again, instead of military invasion, go through a colonial [intelligence and economic] incursion of the capitalist countries. So, in the first step, the sincere elements among the Taliban should not allow the Islamic Emirate to go towards decline and flexibility with the West; and in the second step, the sincere Muslim among Ummah must not let the Taliban to repeat the same failed experiences of other Islamic groups in Afghanistan. Because we, Muslims, are obliged to obtain the satisfaction of Allah (swt) and believe that Allah (swt) suffices over the Fitnah [seditions] of the people and vows of the East and the West. If we prefer the satisfaction of the people and the international community over the satisfaction of Allah swt, then Allah (swt) will leave us in the hands of the occupation and international community. The Messenger of Allah (saw) has said: