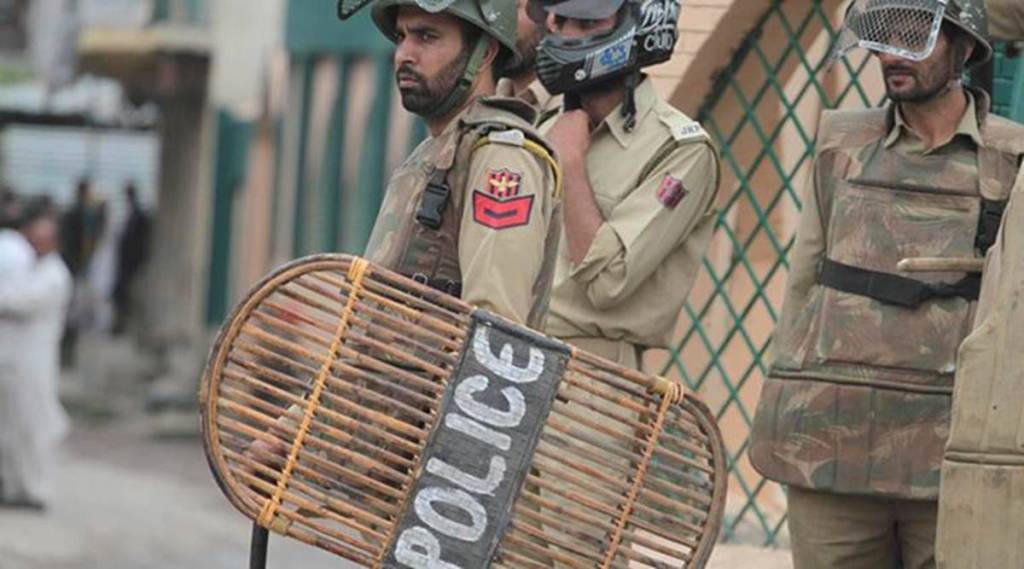 Mobilizing an Army upon the Cries of Naseema Bano and her Oppressed Muslim Sisters in Occupied Kashmir?!

Whilst highlighting mass rapes by the Indian army in 1991 in two villages in Occupied Kashmir, Federal Minister for Human Rights Dr Shireen Mazari on 15 August 2020 declared, “Why did the Foreign Office not approach other international organisations and women’s rights organisations fighting for women’s rights to unveil these brutalities?” Whilst exposing cracks in the government over the complete neglect of Occupied Kashmir, which has incited great anger within the Muslims of Pakistan, the Federal Minister for Human Rights must declare the utter failure of her own ministry to bring any effective change for the women of Occupied Kashmir.

Indeed, the Bajwa-Imran regime has failed to even secure the rights of even a single woman from Occupied Kashmir, through the flawed strategy of appealing to the stone idol of the United Nations. It has been a full month since the bail application of a 57 year old Muslim Kashmiri woman, Naseema Bano, was rejected by a local court in Indian Occupied Kashmir on 14th July 2020. She was arrested by the Indian Army and police in a joint operation conducted in the last week of June. Her house was raided, her daughter was beaten and valuables were looted by the Hindu State’s forces. She was arrested under the infamous UAPA law on charges of providing logistic support and shelter to the Kashmiri fighters, who are considered “terrorists” by the Hindu State. Naseema’s family has been involved in the struggle for the liberation of Kashmir since 1990. Many of Naseema’s relatives are either imprisoned or martyred, including her younger son who was martyred by the Indian Army in 2018, whilst her elder son is in prison. Her health is continuously deteriorating under the unfavorable conditions of prison, whilst she already suffers from hypertension and diabetes.

Naseem Bano’s case is far from an isolated case of a Muslim Kashmiri mother subjected to such heinous treatment, since Modi’s siege of Occupied Kashmir began on 5 August 2019. If Pakistan’s rulers truly consider the Kashmiri fighters as fighting rightfully for their liberation, then what prevents them from sending our willing armed forces to assist them, rather than pleading with a stone idol? What prevents them, when our good sons in the armed forces feel the pain of our oppressed sisters and are more than capable to liberate Kashmir? Simply, the rulers are slaves to colonialist masters that insist that Pakistan exercises restraint before the growing oppression of the Hindu State.

It was only under the ruling by all that Allah (swt) has revealed that armed forces mobilized upon the cries of women. Upon the cries of a single Muslim woman, who was oppressed by the tyrant Raja Dahir in Sindh, the army of Muhammad bin Qasim was mobilized, bringing an end to the very rule of Raja Dahir. It is our duty to urge our fathers, brothers and sons in the armed forces, who are zealous over the honor of the Muslim woman, to grant the Nussrah for the re-establishment of the Khilafah (Caliphate) on the Method of Prophethood, so that they can end the oppressive occupation without further delay. Allah (swt) said, وَمَا لَكُمْ لاَ تُقَاتِلُونَ فِى سَبِيلِ ٱللَّهِ وَٱلْمُسْتَضْعَفِينَ مِنَ ٱلرِّجَالِ وَٱلنِّسَآءِ وَٱلْوِلْدَانِ ٱلَّذِينَ يَقُولُونَ رَبَّنَآ أَخْرِجْنَا مِنْ هَـٰذِهِ ٱلْقَرْيَةِ ٱلظَّالِمِ أَهْلُهَا “And what is wrong with you that you fight not in the Cause of Allah, and for those weak and oppressed among men, women, and children, whose cry is: Our Lord! Rescue us from this town whose people are oppressors.” [Surah An-Nisa’a 4:75].