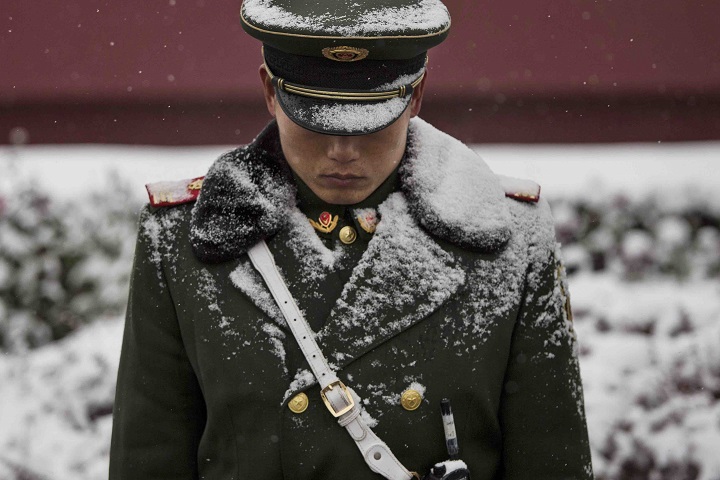 Amongst the styles used by the United States is to strike its hostile or competitor nation with military force, to subdue or subjugate it. In addition, the US resorts to political and economic means within the so-called containment policy. America ignited the Vietnam War to strike at China and prevent it from controlling South East Asia.  When America realized that it had incurred great loss and was in trouble, it began to follow the containment policy. So it began to contact China through its former Secretary of State, Henry Kissinger, and made China a permanent member of the Security Council in 1971. This was then followed by the US President Nixon’s visit to China in 1972.

After the death of Mao, Deng Xiaoping assumed power in China in 1979 and followed the policy of openness and reformation. Agreements were then reached between the two parties such that America recognized One China, even including Taiwan within it, as part of economic and political convergence. America gave preference to China in trade deals, so American companies entered China and the trade surplus rose in favor of China, in which the US did not see anything wrong. At the same time, Washington began focusing upon human rights issues, spreading freedoms, democracy and Western thoughts. America incited human rights’ advocates, but China brutally crushed them as happened in the Tiananmen Square Massacre of 1989. Nevertheless, America continued to prioritize China in trade deals, in order to continue its containment policy.

The US strengthened its strategic, military and political cooperation with China, during the era of Obama who visited China in 2009 and welcomed the global role of China. This was in order to succeed in the containment policy, through coordination and cooperation in these realms. So it was all to bring China under the supervision and control of America, making it move with the US. When China continued to strengthen its presence in the South China Sea and developed its weapons, this cooperation ceased and thus America failed in its attempt. With the Obama administration’s 2012 “Pivot to East Asia” regional strategy, the US sent sixty per cent of its naval forces towards this region. In turn, China announced its Belt and Road Initiative (BRI) in 2013 in order to build a land and sea communications network, by connecting countries of Asia, Europe and Africa.

With Trump’s arrival to the presidency, the US looked towards a new style and so it declared a trade war against China in 2018. The US imposed customs duties on Chinese goods, to a value of $200 billion, to bridge the gap in the trade surplus between them. China responded by imposing custom duties of $60 billion on American goods. Then, America focused on the internal issues of China and exploited them, such as the issue of Uighur Muslims whom China oppresses, as well as the Hong Kong protests- the “Anti-Extradition Law Amendment Bill Movement”- in 2019-2020 and obstructing the accession of Taiwan to China.

Upon the arrival of Biden to power at the beginning of this year, within less than three weeks of assuming office, Washington began to exhibit harshness and established hostility towards Beijing. As Biden said on 11 February 2021, “If we don’t get moving, they are going to eat our lunch.” In its “Interim National Security Strategic Guidance” report, the US focused its attention upon China, far more than towards Russia. The report says, “We must also contend with the reality that the distribution of power across the world is changing, creating new threats.” The report goes on to say, “China, in particular, has rapidly become more assertive. It is the only competitor potentially capable of combining its economic, diplomatic, military, and technological power to mount a sustained challenge to a stable and open international system.”

Accordingly, America began creating new blocs or renewing older blocs such as the Quadrilateral Security Dialogue (QSD, also known as the Quad), that gathers America, Japan, Australia and India to face the threats and expansionary plans of China in the Indo-Pacific region. The US President convened a virtual conference with his counterparts in the Quad on 12 March 2021, followed by the visits of the American defense and foreign secretaries to the Quad member states, in order to strengthen the Quad. America then held talks with China in Alaska on 18 March 2021, which culminated in failure for America. China took a firm stance in the dialogue, over American interference in the internal matters of China and severely confronted America, by accusing it of violating human rights inside and outside the country, seeking to impose its hegemony over other nations and blackmailing.

This was in an open conference where America could not restrict or hide discussions from the media. America then raised alarm at the specter of the Communist danger of China, as well as cultural differences and differences in values with China, in order to expand the bilateral conflict into a civilizational and ideological conflict, so that America can lead the capitalist world to confront and besiege China. America put pressure on European nations to reduce their dealings with China and to cancel some of the trade agreements and technological exchange, just as it has previously pressured Britain within the last year to annul the share of Huawei in the 5G network. America exerted pressure on other European nations by approaching them and enticing them to participate with it. Biden began his tour to Europe on June 9, 2021, starting with Britain, and attended the G7 summit in Cornwall, Britain, which began on June 11, 2021 and lasted for three days. This was to assert America’s leadership of the Western world and to keep Europe under its hegemony. It is expected that Biden will present the Chinese danger against the West and work to gather Europe around the US, in confronting China, in addition to Russia, despite the Geneva summit of 16 June 2021 between US President Biden and Russian President Putin, which was an attempt to use Russia against China.

Therefore, America has ceased the policy of containment and begun the policy of confrontation, breaking bones with various means, in an attempt to limit the capabilities of China and to impose US hegemony over the region, particularly over the South China Sea. On the other hand, China, under the reign of Xi Jinping, wants to continue the policy of openness, reformation and developing its relationships with other nations, particularly through the Belt and Road Initiative in order to impose its presence and influence over those nations, by ensnaring them in debts, followed by exploitation through projects that are to extend into decades. China uses colonialist policies, spending great wealth upon developing its weapons, whilst avoiding open confrontations with the US and the West. Indeed, China wants to get along with them, without compromising its goals.

There is no goodness for humanity in siding with either China or America, with its command of the whole of the West and Russia. They are both extremely evil. Hence the Khilafah Rashidah (Rightly Guided Caliphate) upon the Method of Prophethood must be re-established, in order to liberate the world from their plundering the wealth of people, sucking their blood and imposing hegemony upon them.