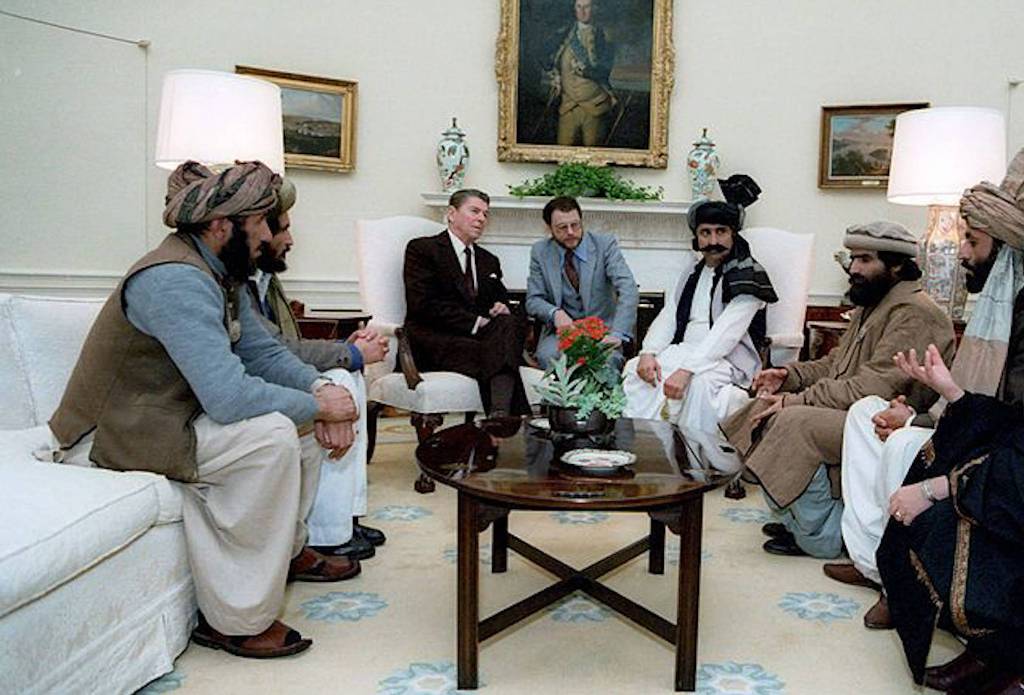 For a lengthy time, America has ignored to recognize the sacrifices and the flattering deeds of the old Mujahedeen and has stepped over them. Instead they have always installed a more committed, democratic and secular figure in power who is emotionally and intellectually do not connected to the people of Afghanistan at all.

Allah (swt) bestowed these Mujahedeen with His support and dignity when they started to fight against the Soviet Union with sincerity and commitment, one of which is the overwhelming public love and support they received. However, after their attendance in the Bonn Conference [2001], some of these Mujahedeen, in a humiliated manner, handed over the Afghan political status and arena to the invading American Kuffar, only to seek their dignity in alliance and assistance of the West. Thus, Allah (swt) left them to the Americans [to decide upon them]. It is the Sunnah of Allah (swt) to give grace and victory to any of the groups that stands on Islam and to expose and humiliate any of those who do treason to the Deen of Allah (swt).

In the past 19 years, the Americans through their interest-centered policies have used some of these Mujahedeen as consuming commodities. They are brought in to power share, should the Americans deem their legitimization of the puppet system necessary and shove them aside when their need is fulfilled. Therefore, some of their political leaders are either physically assassinated or their characters are taken through scandals that have costed them their public and political support. Their relationships with the Americans and NATO did not only disconnected them from their Creator but also made them lose their societal positions and rapport.

Today, when some of these old Mujahedeen claim to have established an “all-inclusive government” is nothing of the sort which can be based on Islam or threaten the American agenda in the country. This is rather a repeat of the previous mistakes that is only aimed at receiving personal privileges that cannot help them regain their lost power and dignity.

Hizb ut Tahrir is once again here to sincerely remind them of the opportunities they still have at their disposal for redemption from all their repeated treason and to supplicate in front of Allah (swt). In addition, they can retain their lost status and dignity in front of Allah (swt) and their people should they start to rise against the American invasion, the republic, democratic beliefs and strive for the revival of the governing Islamic values. This is how they can repay for their sins and crimes that they have committed. Allah (swt) is the most compassionate and the most merciful and judges every individual upon what they end up with in their lives. إِنَّ فِي ذَلِكَ لَعِبْرَةً لِّمَن يَخْشَى “In this is a lesson for whoever fears.” [An-Naziaat: 26]