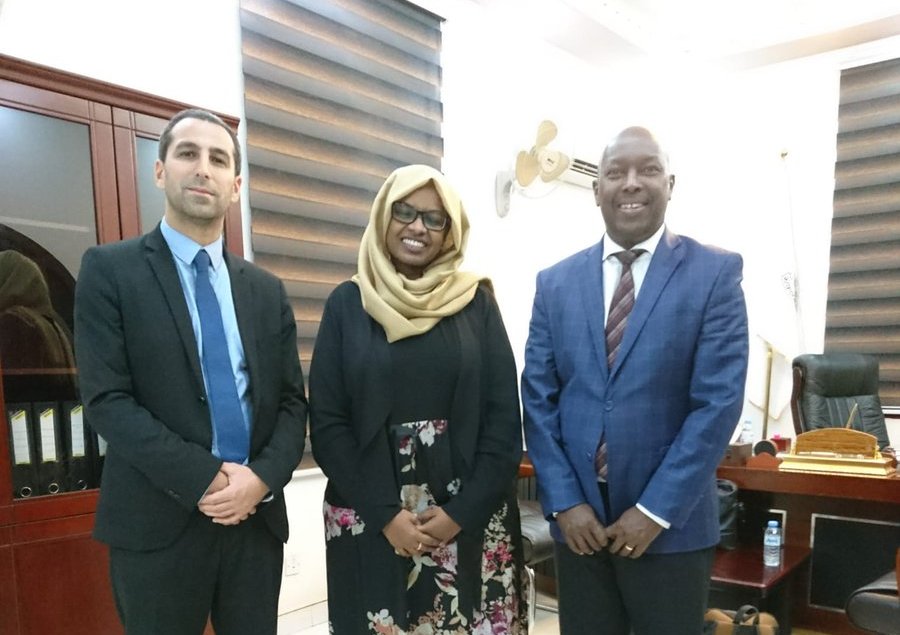 Secularism must be Rejected Immediately and the Khilafah must be Established

Lena el-Sheikh, Minister of Labour and Social Development, affirmed that her Ministry placed the protection of women at the forefront of its priorities by setting up a unit to combat violence against women to improve the conditions of women in Sudan to protect them and preserve their dignity. The Minister also confirmed the completion of the approval of a document of measures to address gender-based violence in Sudan noting that her ministry has launched a hotline service to receive domestic violence reports in coordination with the Family and Child Protection Unit of the police and the specialized prosecution, referring to the provision of psychological, social, health and legal support in accordance with international standards (Sona 19/06/2020)

Ironically, the ministers of the transitional government lived in the West and saw the corruption, decline, and social fallout that it afflicted … yet they promise us protection and a decent life in light of legislation that draws its goals and objectives from the rotten Western civilization!! It is also paradoxical that many Western countries amend their laws after the severe damage to society in order to restore the importance of the role of women after they realized the severe damage that feminist ideas inflicted on the family structure, which led to a very low rate of childbearing, while the governments and organizations in our country continue to rush towards a disastrous Western social experience, drafting laws and making policies on the basis of wretched western ideas, absurdly claiming that they are a sign of progress and that they will provide a decent life for women, rather than rejecting these poisoned ideas after they proved useless in the West!!

The delegate of the United Nations has never dreamed of being on the official media platform in a Muslim country participating in legislation affecting the social aspect due to its sensitivity!! But this happens in light of the transitional period, which has intensified its efforts to secularize society in Sudan by imposing values that are alien to our society, far from our cultural heritage, such as fighting violence against women, gender-based violence, and sexual violence … These concealed concepts that “poison the fat” will only serve the agenda of globalizing society and fragmenting the family as it happened in the West, which is the commodity of the West that does not touch the real problems of women in Sudan.

Taking legislative, judicial and administrative measures announced by the Minister means, in short, the abolition of all legal (Shari) provisions regulating the family and replacing them with man-made laws that spread outrage and destroy the family entity by strengthening the position of women and children through lifting the authority of husbands and fathers over them, and activating mechanisms to cause the family lose its functions by challenging man’s guardianship (Qawamah) and integrating Mother in development with the aim of harming motherhood duties…

The perception of violence against gender denotes the figment of the imagination of a sick person who wants to spoil society and seriously harm harmony and unity of family life with the delusion of the existence of violent, because the short-sighted secular individualistic perspective always looks at what is best for human desires and passions away from values ​​and ideals, taking the Western model which is full of distortions that caused people to suffer in every moment of their miserable lives that have been overflowing with freedom and liberty, resulting in alarming proportions of violence leading to suicide.

O People of Sudan: Reason and acumen make it necessary for you to research the results that society can reap before the axe falls into the head, and think about the situation of the countries that followed the West, how did you reach the bottom in polluting society with the filth of Western thought!!! Have families not been destroyed and the divorce and separation numbers increased that escalate family violence to affect all components of the family and undermine harmony in family life?

O Muslim Women in Sudan: These malicious fabrications and lies are not aimed at improving the standard of living of women as promoted, but rather the globalization of the capitalist Western civilization that takes into account only material values ​​as Hillary Clinton stated, where she said, “Restrictions on women’s economic participation are costing us massive amounts of economic growth and income in every region of the world”, it is an ideology that regularly puts wealth creation above other important human needs and values.

O Muslims: The tampering hands on our beliefs, the cohesion of our families, and the purity of society’s ideas will not be prevented except by uprooting these rotten regimes, establishing the Khilafah Rashidah (righteous Caliphate) State on the method of Prophethood, which cultivates good and pure, closes the gates of evil and oppression, and protects women and the family from everything that undermines their existence and strength by Allah’s true law.