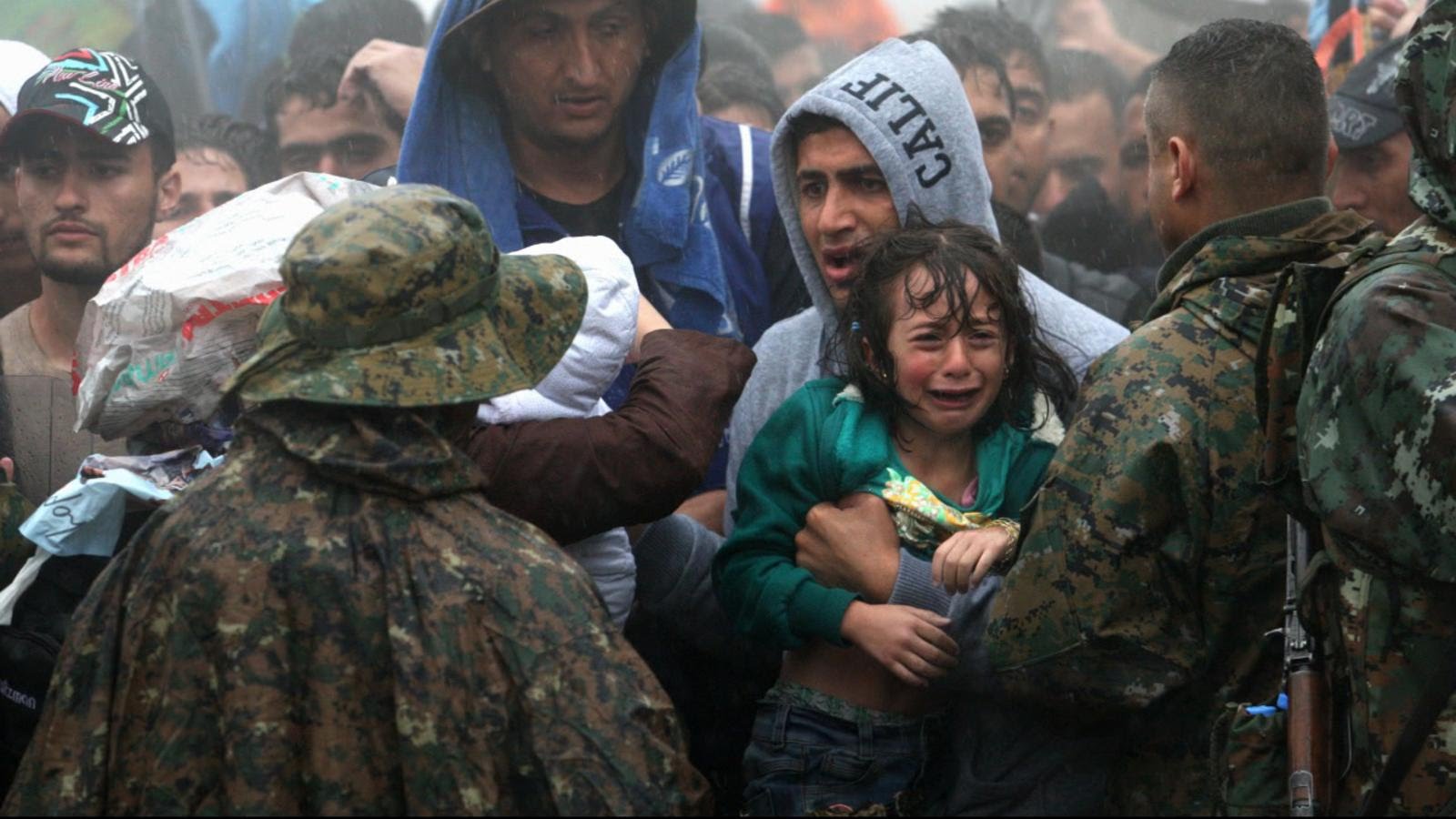 The news continues about the formation of the Iran’s Party in Lebanon and the Aounist movement of committees that are working to coordinate the return of our people from the Syrian refugees, to their countries and homes in light of the clear destruction and damage, and with the events of Daraa and the images that are spreading, they are increasing steadily! And under the warnings of international bodies of the lack of safeguards to protect the returnees, yet we do not hear from any one, observing or accounting, from the “state”, to restore even some of its violated sovereignty and save its face!!!

It is clear that these two parties are bullying the sovereignty of the Lebanese state. What is the government doing towards this? Even the official in charge of the return of the displaced in the party of Iran, dared to describe the criticisms of his party in this regard, by saying, “They are “shy”, considering that everyone welcomes his step implicitly, and that the criticism arises from the “local political game”.” (Al Jazeera, 18/7/2018) He gave an earlier statement, that “his party’s interest in the file came after the state’s “reluctance” to carry out its duty towards the return of the refugees.” (Al Jazeera, 18/7/2018). Previously he said that “the party’s work in this file is done in coordination with the Syrian authorities and the Lebanese Public Security” … and Bassil’s remarks in this regard are far from this approach and this trend!!!

Does it become the duty of these parties and others to take the role of the state, if the “state” is reluctant in its duties? So allowing these parties – if they are identified as only parties- to contact the authorities of another state and coordinate with it, and coordinate with the security authorities directly without the need for the permission of the State? Years earlier, these parties entered the battle of a neighbouring country by a “self” made and “independent” decision from the country in which they reside in, and in coordination with a state or regional states and their financial and military support!

Which Lebanese state are we talking about then? And what government do the people of Lebanon expect to be formed?!! And what sovereignty remains in the light of such practices that show that they open shops at their expense, and exercise the role of the state, that is if they do not see themselves today as the state, especially after the elections, which left the country in more of their control over it, without any consideration to the majority of the people of Lebanon! If they identify as true parties that practice politics through their deputies and representatives, they would have done what the parties in the countries that respect their sovereignty and entity do, they would have accounted and exposed, and not take over by power, implementation and transgression by their relations on a regional and perhaps international level!

It has become clear to all those who are aware that this government and its president – whether the current government or the next government that those bullying it should call it the government of the covenant or the strong government of Lebanon, and will be no more than an instrument to implement the will of these parties and the regional and international powers that are behind them!

But the next government and its predecessors would not have been formed if it wasn’t for behind-the-scenes agreements devoted to the domination of these bodies over the state and its sovereignty and government by Saudi-Iranian agreement and American orders!

The outcomes of matters are clear, the next stage will only be the stage of the domination of the state by these parties and the like, and the attempts to seize on the ministries and institutions, is a sign of that … And as usual it will not be a government that improves the situation of the country and the people, otherwise, what is the meaning – as an example and not exclusion – that the Ministry of Finance issued a decision that private generator owners should adopt counters to calculate the consumption of individuals, except that it signals that the status of electricity and corruption in this area continues, and so with this the government would have worked for the privatization of electricity in twisted ways to benefit for the generator mafia’s benefit in the country, which will not depart from of the circle of these parties and its men! And there are other facts that prove the course of the country is not in its same old approach, but it is going towards a greater and bigger decline.

Indeed, the country is moving towards further deterioration in the political, economic and living aspects, debts and a future real estate crisis that started to surface, and resembles the subprime mortgage crisis in America in 2008, and the pollution of the country’s sky, sea and roads, and the constant oppression of those who have come to this country fleeing oppression and tyranny, who found only ill-treatment and racist hate. The issue of the people of the country of the Palestinian refugees, which is seen as shameful by humanity, that keeps man for 70 years plagued with racism and without rights, and the false pretexts of resistance and the issue (of Palestine), and then hear that they traded with them on the tables of Trump and his son-in-law Kushner in Muhammad Bin Salman’s Saudi Arabia, and Muhammad bin Zayed’s Emirates, and Abdullah’s Jordan and Netanyahu’s entity! And all you should do, O people of Lebanon in general, and Muslims in particular, is to surrender and sign and the state will be paid, but rather its Mafia will, the compensation and the return to this sinful deal!

The rulers of this country have transgressed, they are at the same time its affluent, so what do we expect to fall on the country other than the saying of our Lord Azza wa Jal:

“And when We intend to destroy a city, We command its affluent but they defiantly disobey therein; so the word comes into effect upon it, and We destroy it with [complete] destruction”
[Al-Isra’: 16].

It is time for people, their wise and leaders to denounce the evil of the rulers and their helpers, the Messenger of Allah (saw) said:

“If you see my Ummah afraid of telling the oppressor: You are an oppressor, it is farewell to the Ummah.”
[Ahmad, Al-Hakim]

Remaining silent on the continuation of these conditions warns of a strife that will afflict the country and the people, if you do not respond to the call for change, in accordance with the words of our Lord Azza wa Jal:

“O you who have believed, respond to Allah and to the Messenger when he calls you to that which gives you life. And know that Allah intervenes between a man and his heart and that to Him you will be gathered * And fear a trial which will not strike those who have wronged among you exclusively, and know that Allah is severe in penalty.”
[Al-Anfal: 24-25]