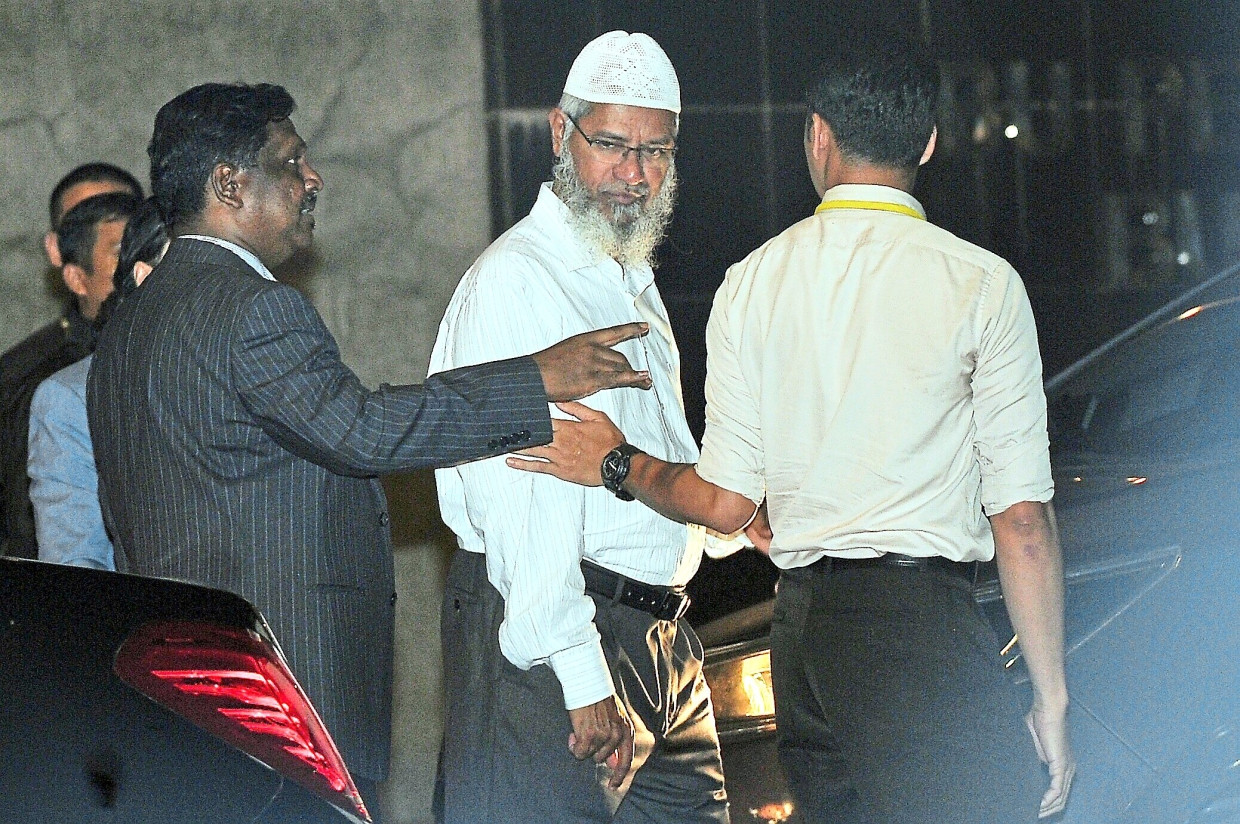 The issue of Dr. Zakir Naik (DZN) has caused tremendous upheaval in Malaysia, where all highest national and political leaders, Muslim and non-Muslim alike, the police, non-governmental organizations (NGOs), Muftis, intellectuals, liberalists and the people in general, are all involved in debating over this well-known preacher. The issue emanates from a speech by DZN in Kelantan on 10/08/2019 that allegedly offended and touched on the sensitivities of Chinese and Indians in Malaysia. The Pakatan Harapan (PH) government has then been forced by many parties to send DZN back to his hometown, India, where he is wanted for alleged criminal offences.

Although DZN has repeatedly asserted that his speech was quoted in a wrong context, and he has even made a public apology for those who feel offended by his speech, the said preacher is still forced to leave Malaysia, especially by non-Muslims and liberalists who dislike him. The Prime Minister of Malaysia, Tun Dr. Mahathir bin Mohamad himself was seemingly shaken by the pressure of those who wanted to oust DZN until he almost changed his mind to send DZN home. However, after the controversy lasted for about one month, Mahathir finally decided not to send DZN back, but the said preacher is no longer allowed to deliver any speech in all states of Malaysia.

Not denying that DZN may have misspelled his words, what is worse is that some people have taken advantage and started to spark the fire in order to get him out of the country. DZN’s speech, if compared to the speeches of many political and NGOs leaders in Malaysia, which touched on the racial sensitivities, pales in comparison to the latter’s insensitive and dangerous orations. In short, racial fire in Malaysia is often ignited by the people of Malaysia themselves and the country has indeed never been cold from this issue. Thus, DZN’s speech is not at all a big issue, rather, was made big in order that specific agendas of specific parties are reached. Without even having to think hard, we know that the only reason that DZN haters, be it non-Muslims or the liberalists, are so enthusiastic in driving him out of Malaysia is due to his concept of preaching which they hate most. Many parties, including the Minister in charge of Religion himself argued that DZN’s style of Da’wah which focuses on comparative religion is inappropriate in Malaysia as this country encompasses of plural society.

On this, we, Hizb ut Tahrir / Malaysia would like to say:

1) DZN is just one out of thousands of preachers who should be safeguarded by a government that claims to be an Islamic government. Should he make a mistake in his speech, then it is only the mistake that needs be corrected, and not resort to kicking him out of the country. Handing over a Muslim to the disbelievers (to be treated unjustly or killed by them) is Haram (unlawful) as the Messenger of Allah (saw) said,

“A Muslim is a brother of another Muslim, he should not oppress him, nor should he hand him over to an oppressor”
[Narrated by Bukhari].

2) DZN has been given a privilege by the government as a Permanent Resident (PR). This privilege should not only be given to DZN alone but should also be given to all Muslims who come to seek protection or who wants to settle in Malaysia. Many Muslims are more in need of protection compared to DZN, such as the Rohingya Muslims, Xinjiang Muslims, people of Bangladesh, Indonesia, Siam, Syria, Palestine and others who flee to Malaysia due to political unrest, tyrannical rulers or calamities in their homelands. Be it DZN or other Muslims – those who need help and protection and they want to stay in this country, then it is an obligation for the government to help and protect them, and they have to be acknowledged as lawful citizens, as required by Islam. The Prophet (saw) and the Khulafa’ ar-Rashidin welcome all Muslims who came and wanted to live in the Islamic State and all of them were treated as citizens, not as refugees. This is because all Muslim countries belong to the Muslims, and the Muslim lands are never specified to any specific ethnic group, and every Muslim deserves to settle anywhere he wishes in these countries;

3) Islam not only accept Muslims who come to its territory, but also opens the door to all non-Muslims who wish to come and live in the Islamic State. Islam even allows the belligerent disbeliever (Kafir Harbi) to enter the Islamic State for no longer than a year, and if they chose to remain in the State (after a year), they are allowed to do so provided they pay Jizyah (head tax) and upon payment, their status turn into a pledged/covenanted disbeliever (Kafir Dhimmi) and they automatically become citizens of the State. Islam has ruled the world for more than 13 centuries and has brought justice and prosperity to the people, Muslims and non-Muslims alike, so long as they are living under Islamic laws;

4) Any preacher who employs intellectual methods without violence, fact-based and rational arguments, should not be barred by any party. Arguments should be fought with arguments, not with authority (power). The call to prove the truthfulness of faith (Aqeedah) and religion must be done by way of arguments (thought). Unfortunately, certain parties who have lost the arguments and suffered intellectual failure have played up racial issues and it is from them that the tension actually begun, not from the preacher. If they are intellectually and morally sound, they should have fought the arguments with arguments, rather than getting away using racial and citizenship issues. Likewise, the government should encourage intellectual debate or discussion in the pursuit of the truth, rather than using power to suppress the Da’wah or to submit itself to the will of those who are against Islam.

Over the years the idea of finding the common grounds between religions or what is generally known as dialogue between religions has been entertained by the government, and become the agenda carried out by certain groups.

Indeed, this idea came from the Kuffar-West whose agenda is to undermine the Aqeedah of the Muslims and they want this Ummah to accept the idea that all religions are true (pluralism) and that no Muslim can claim that Islam is the only true religion/Aqeedah. This is what the West planned for, and unfortunately this idea of pluralism is welcome by the Muslim leaders and ‘scholars’ knowingly or unknowingly. Unbelievers and liberalists who are intellectually defeated could not accept the fact that their religions or beliefs are wrong, and that Islam is the only true religion. Under the pretext of religious sensitivity, the Da’wah to convey the truth is then blocked by those in power. In fact, what is done by many preachers, including DZN, are just arguing for the truth of the Islamic Aqeedah against the superstition of non-Islamic beliefs (Aqaa’id), by way of thought, without insulting nor compelling, let alone using violence in their Da’wah. With what have been transpiring, it seems that Muslims in Malaysia are not only threatened by the ideas of liberalism and pluralism, but now under the new government, they are apparently paving the way towards spreading the ideas enthusiastically!