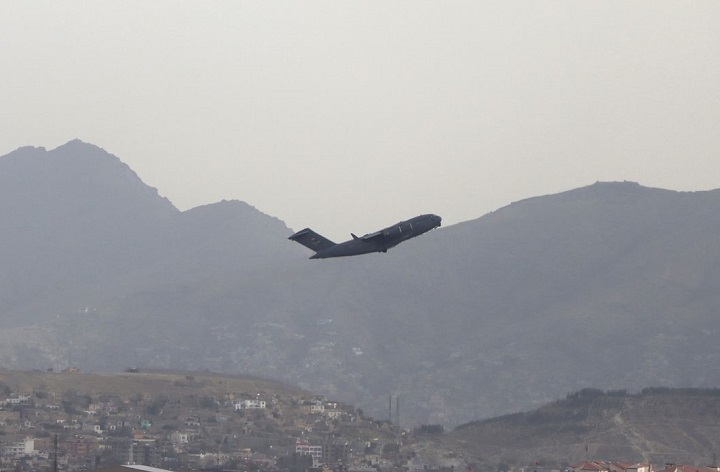 Twenty years have passed since America declared what it called a “war on terror” following the September 11 attacks on the World Trade Center towers in New York in 2001, after which America occupied Afghanistan and Iraq. And here is America today, withdrawing from Afghanistan, dragging the tails of defeat, leaving behind those who trusted in it, lamenting on the grounds of the Kabul airport.

Twenty years ago, the world witnessed with its own eyes how the “war on terror” was nothing but a false American pretext; the purpose behind it was to launch a historical military and politically campaign to invade Islamic countries, subjugate their people, plunder their wealth and dominate them. Or, as US President George W. Bush described it when he announced it, the “crusade”.

As for the military aspect, America has directly occupied Afghanistan and Iraq, and under the pretext of this occupation, it has deployed huge military bases in the countries of the Middle East and in the countries of South and Central Asia. Then, it used the momentum of this military presence, in addition to its penetration of many armed organisations by imposing itself on every armed conflict or tension that arises in any of the countries of this region, if America itself was not the one who stirred this conflict to justify its intervention.

As for political aspect, America has imposed on all the governments of the Muslim countries the formulation of laws and amendments to the country’s policies that directly and indirectly prohibit and criminalise basic aspects of the Islamic law, and even pushed for the introduction of more Western values into the Islamic countries. The terms and concepts of jihad were deleted, sexual education was introduced into school curricula, family laws were amended, and homosexual associations were legalised. Under the pretext of combating takfir and extremism, the role of fatwas and ‘Ulema Assemblies has been put under constant pressure to say that Muslims and non-Muslims are equal in faith.

Then, in order for America to be able to ensure that the Muslims would not rise up in its face and to protect its crusade from the reaction of the Islamic Ummah in other Muslim countries, and in order to close the door to the sympathy of other peoples with the Islamic Ummah, America put pressure on the governments of the world under the title “either with us or with the terrorists” to participate in the campaign to distort Islam. It established the Guantanamo prison, and from it, video clips were broadcast to humiliate the Muslims detained there, so that this method of dealing became an example for the rest of the world’s governments to follow in dealing with Muslims. So, it struck the Muslims around the world morally and kept them in the corner of accusation, and it became for every Muslim to prove to the world that he is not an extremist terrorist and not an enemy of humanity! This campaign gave the green light to the traitorous Muslim rulers to oppress and persecute Muslims, so they suppressed preachers, closed associations, and arrested every young man or woman they suspected of supporting jihad against the American occupation armies, or wanting to rule by Allah‘s law in their lives. When America clashed with the ferocity of its resistance in Afghanistan and Iraq, it resorted to its politicians, such as John Negroponte, who plotted for it the “Salvador option” that relies on hitting the people of the country against each other, and brought the likes of Pervez Musharraf in Pakistan, Hamid Karzai in Afghanistan and Nuri al-Maliki in Iraq to implement it. These are diabolical policies.

The situation remained this way until the Arab Spring revolutions came, bringing with them a whiff of sincere hope for liberation from the puppet rulers. The vitality of the Ummah appeared with it, and everyone who mourned or wished for its death lied. Like any major issue of the Ummah, Islam came to the fore front, and the Ummah began to think about applying the Islamic law again, and it began chanting in the squares, “Our leader is forever, our master Muhammad,” until the Khilafah (Caliphate) became a public opinion among Muslims, and the Arab Spring almost turned into an Islamic spring. The West went crazy, with America at its lead. These revolutions, the like of which history had never witnessed before, were heralding the turning of the tables on everything that the West had built during decades of colonialism. America almost made the Arab Spring an evil plot, and initially claimed falsely that it was with the revolutions, then sought to turn it into a war on terrorism in order to destroy it, until US President Obama said that the most greying of his head is because of the Pentagon meetings for the revolution in Syria! America and its agents crushed the cities of the Islamic Ummah, killing millions, and displacing tens of millions, and massacres became daily news, and prisons were buzzing with torture and rape. The revolutionaries were brought in with killing squads from all over the world, and the governments of the region were harnessed to cram revolutions into the corridors of politics and concessions.

The West’s view of the Islamic Ummah is purely colonial, and the Ummah will not be able to confront the West unless it decides to deal with it as colonial powers that must be uprooted from our country. Also, the Muslim rulers today, who hold the keys to the country and open its doors to colonialism; If the keys of the country are not taken from them, we will continue to receive a stab in the back from them and pay the price for it in lives and honour.

So what do we do now? The answer is to turn the tables on colonialism and remove its influence from the Muslim countries, and realise that any other solution is a judgment on the Islamic Ummah to remain, a bowl that the West is fighting for! Allah (swt) said:

“O believers! Do not take disbelievers as allies instead of the believers. Would you like to give Allah solid proof against yourselves?” [TMQ 4:144]

As for who can do so, they are the people of power and protection who are able to regain real power in Muslim countries. Allah (swt) said:

“And encourage the believers [to join you] that perhaps Allah will restrain the [military] might of those who disbelieve. And Allah is greater in might and stronger in [exemplary] punishment.” [TMQ 4:84]

As for how that can be done, it is by creating a public opinion that pressures the Islamic Ummah on the people of strength and protection to fear Allah and take sides in the camp of the Islamic Ummah. Allah (swt) said:

Hizb ut Tahrir is with you and among you, and it has prepared itself and its workers for the establishment of the second Khilafah Rashidah (Rightly-guided Caliphate) on the method of the Prophethood, and it has placed in your hands an Islamic culture of governance and administration, which will make the Khilafah soon, after its establishment, the first state that competes for the leadership of the world, Allah willing.