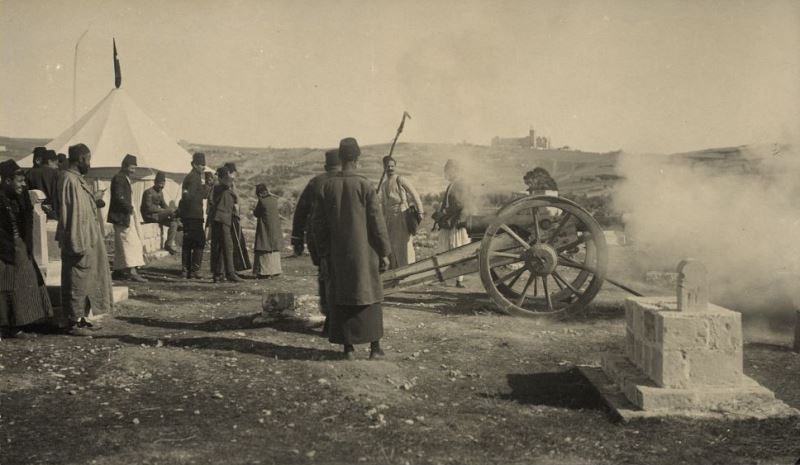 How was Ramadan under the Islamic state in Medina and how did Muslims live it then? And how were the preparations of the Prophet ﷺ and companions after him for the blessed month? Were they like what we live today and what the existing countries are doing or is there a big difference? Questions that may have been brought to the minds of many, we will try, Allah willing, to answer them.

Ramadan was obliged in the second year of Hijra (migration). The Islamic environment created by the Prophet ﷺ in Medina since his migration was able to make the first Muslims experience a unique taste for the month of fasting. They were used to living under the rule of Islam and they sacrificed what was precious for the sake of its call. When fasting was obliged, they saw it as an opportunity to take advantage of, to double the rewards and more giving at all levels.

They worked hard and spent every effort following the example of the Prophet ﷺ; they stayed up in Qiyam at night and prayed during the day, asking for forgiveness, praising Allah, doing Tahleel and Takbeer, and showed most generosity; they spend in secret and public seeking Allah’s reward, and they would also hasten to meet the call of Jihad, rushing forth not away to spread the good to the worlds. The Prophet of Allah ﷺ, in his capacity as the head of state then, did not forget to seize the opportunities of obedience and sacrifices to move the army and expeditions as much as possible. And what more obedience greater than self-sacrifice for the sake of Allah, and what reward is comparable to that, that it should be missed as a worship in those few days. So Ramadhan was therefore the month of conquests and victories and in it was the expedition of Sayf Albahr and the great Battle of Badr and others.

Because of that, the companions (may Allah be pleased with them) understood the meaning of fearing Allah (taqwa) very well. And they proceeded in the life obeying the commands of Allah and abstained from the prohibitions at all times, and hastened the good deeds and avoided the evil, but they avoided even a lot of Halal for fear of falling into Haram things until they attained piety (wara’), the highest level of taqwa. This also happened in the era of the Khulafa’ Ar-Rashidoon (righteous Caliphs), may Allah be pleased with them, and then in a pattern that rises in one time and descends in another in the shadow of the Khilafah and the abuse in the application until we have suffered the disruption of the rules of Islam.

What we are living today is the absence of Shariah rules on the lives of Muslims. It makes us live a fundamentally different Ramadan than the first Muslims. It is sufficient proof that we have a pre-Islamic environment in our personalities to realize our need for an Islamic state, an honorable Khilafah on the method of Prophethood, that will take us back to our first state to taste the sweetness of the month of blessings, in which sanctifies will be protected and in it will be a call for jihad to spread the Deen of Allah in every house (made of mud or fabric).

Every one of us senses the role of the state in providing the Islamic environment and the protection of society, and we see Haram spread everywhere, let alone in Ramadan and the States of destruction do not hesitate to bring anything that would alienate people from their Deen and belief; they are in an uncompromising war with the rules of Islam by exclusion, disruption and distortion, in addition to wanting to destroy virtue and what is rooted in people’s heart from shyness and piety and fear of Allah (swt) through the increase in the dose of fallen serials and programs calling for all evils of nakedness, obscenity, debauchery,  immorality and fornication and so on.

With the intention to distract people and remove them from the atmosphere of Iman that strengthens their souls and makes them yearn for what Allah prepared for them, billions are wasted on what is not worthy. In return, the poor are left hungry, in need to feed their stomach with little food, if available to them. States spend millions on Ramadhan carnivals and allow the West to squander Muslims’ wealth. Muslims find themselves between the hammer of want and need and the anvil of fatigue and misery as Halal living is difficult and Haraam is easy and is facilitated.

Thus, we fast but we see the concepts of secularism and kuffr and their rules dominating life, and we feel the pain that the political system, the economic system, the social system and the other systems of Islamic life are disrupted, which only by their application that we attain Allah’s pleasure and ensure a decent life, comfort and tranquility. We feel the pain but work to restore things to their rightful place as the balm and to remove the sin in front of Allah and really feel the meaning of the Hadith of the Messenger of Allah ﷺ: «يَأْتِي عَلَى النَّاسِ زَمَانٌ الصَّابِرُ فِيهِمْ عَلَى دِينِهِ كَالقَابِضِ عَلَى الجَمْرِ» “There will come a time when holding on to your Iman will be like holding on to a hot coal” [Narrated by Tirmidhi].

The Islamic atmosphere that is generated by the Khilafah’s implementation of the rules of its Lord and its encouragement to the people to worship is important in order to ensure the Muslims turn to the law of their Lord and submit to him and be in the ranks of the righteous.

The common tradition has a magical effect on the souls and has a great positive impact on them. Whoever takes a quick look at the history of Muslims will be aware of the important role of the state in smelting society with Islam and the importance of keeping it immersed in concepts, feelings and virtue, and the importance that the rules of Shariah laws are in force, to find the Islamic way of life. As Othman may Allah be pleased with him said, “What is not removed by the Qur’an is removed by the Sultan authority”.

In other words, the authority of Islam forbids people from committing the prohibitions more than the Qur’an because “some” people are weak in Iman and are not affected by the deterrents and prohibition commands in the Qur’an. However when they see everyone around them committed and know that there is a penalty by the system, they will be deterred and fearful; the little number of those who publically carry out sins through the centuries of caliphate are proof of this as they were a small group.

The facilitation of Haram and the fight against the rules of Islam, which is carried out by the states of destruction today, are what cause the existence of a segment of Muslims; who are Muslims by name only, they disobey Allah openly and do not hesitate to do all the Haram and they insolently call for all the evils and all that displeases Allah (swt).

The existence of many of these is like the existence of the divine reason (I’la) that revolves with the reasoned law, in its existence and absence. Disrupting the Shariah law and the permitting the Haram, and the encouragement of the Western lifestyle are what fueled the mentalities and souls of those people and resulted in their separation from their Deen; many of them are unaware and we hope that they will return and repent to Allah (swt) when they know the reality of their Deen, its rulings and concepts.