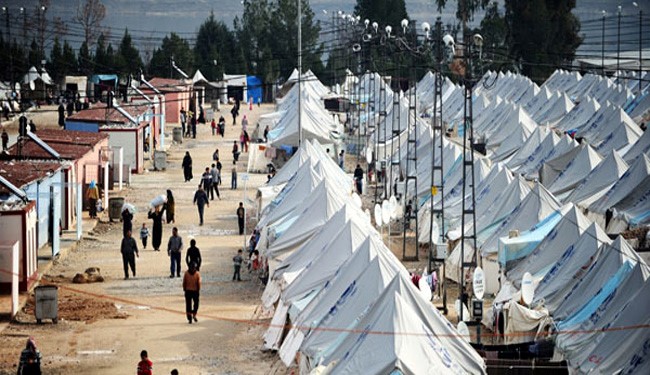 According to Humanitarian Relief Foundation and various Turkish media, more than 450 persons, including whole families, from Kazakhstan, Tajikistan, Turkestan and the Caucasus, with the majority from Uzbekistan, have been detained and put in repatriation centres during operations in Istanbul, since 29th of July. The detentions were conducted according to a list prepared on the 12th of July, prior to the attempted coup. During the first wave of the operations 29 Uzbeks were taken into custody. After the interrogations, 7 persons including 2 women are still held in the Kumkapı repatriation centre. The families of the 7 detainees have been released under the condition they leave Turkey within a month. 15 children, 5 women and 2 men are among the family members. One of the detained women is 6 months pregnant. These operations, detaining people from the age of 7 to 80, are still going on, and according to the list there is a judgment to arrest 1,000 persons. These arrests are undoubtedly part of the reconciliation process between Turkey and Russia. This kind of detention operations towards our immigrant brothers and sisters from Central Asia are nothing new. Such operations took place in the past in order to please Islam-hostile Russia.

O Muslims! You believe that many things have been improved in the name of Islam since the AKP in Turkey came to rule. However, you do not see that the secular Republican People’s Party (CHP) mentality, which you fear so much its return, is still prevalent. Those who took over the ruling of the Republic, rule according to the founding principles of this Republic, and do their utmost in order to exalt and maintain democracy, secularism, its legal system and everything which Allah hates. These secular principles include abandoning persecuted Muslim women and children into the hands of their oppressors for the sake of nationalistic interests. Is THIS not the mentality of the CHP?! In 2012 President Erdogan who received criticism for taking Syrians into the country, reminded of the Boraltan Bridge incident, allegedly rebuking the CHP in the process, saying: “In 1944, 146 Azerbaijani brothers (and sisters), took refuge in Turkey to escape Russian oppression. Turkey handed over those 146 brothers (and sisters) to Stalin’s soldiers in the name of neutralism and balances.)… By the way – this occurrence happened during CHP’s ruling period…. Their history is faulty…Our Azeri brothers crossed the Boraltan Bridge and shots were fired before the eyes of our soldiers. Wail CHP! Have you a place to go? You sold out our Azeri brothers and sisters to Stalin, and still you bluster and threaten….” But see! Today the Boraltan Bridge incident is repeating itself!!! And who is repeating it?!!!

O Leaders of Turkey! Have you a place to go with your stance upon this matter? Which part of your stance today (or even from previous years) of betraying the oppressed Muslims to appease Russia differs from CHP’s stance or Inönü’s stance?! Furthermore, you announced to deploy your fighter jets in so-called anti-ISIS operations in Syria – while you refused to use them for the rescue of the Ummah from the butcher Assad. What a rotten trade you have made by selling out oppressed Muslims who sought refuge with you in order to ingratiate yourselves with Russia and for the sake of obeying America!!! Handing over those believers, who seek safety in your home into the hands of the enemies of Islam, is a great betrayal of this Ummah and a heavy crime in the sight of Allah سبحانه وتعالى, for the Prophet ﷺ said,

“A Muslim is the brother of another Muslim. He does not oppress him, nor does he hand him over to an oppressor.”

“Whoever helps to kill a believer, even with half a word, he will meet Allah عَزَّ وَجَلَّ with (the words) written between his eyes, ‘He has no hope of the mercy of Allah.”

It is a grave betrayal of the great Islamic history of the Uthmani Khilafah which was unrivalled and re-known by nations for its provision of refuge to tens of thousands of oppressed Muslims and non-Muslims. This is because the Khilafah (Caliphate) based upon the method of the Prophethood is the only true leadership of Islam which serves the true interests of the Muslims and the Deen, and hence the only system that deserves the support of this Ummah and that must be re-established without delay!