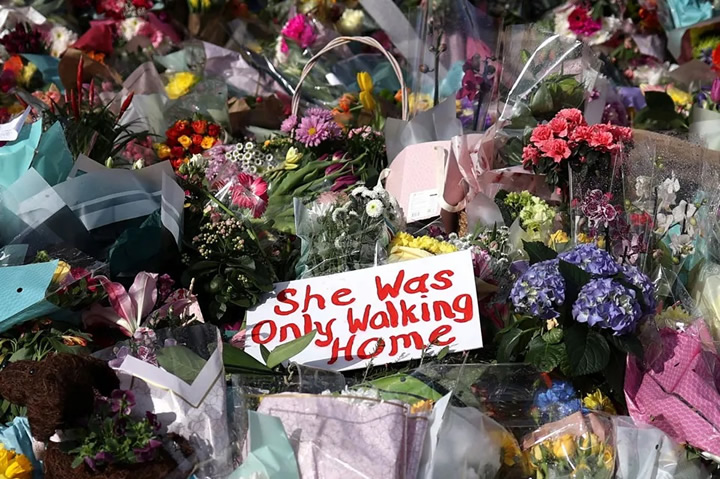 The death of a British woman whose body was found a week after her disappearance while walking home in London has caused outrage. “The UK is currently facing a reckoning on gender-based violence in the wake of the murder of 33-year-old Sarah Everard earlier this month, and anger over the way that London police broke up a vigil for Everard on Saturday.” according to CNN. The headline for the article on the 15th of March was, “Women’s groups lose legal battle over UK’s falling rape prosecutions as nation grapples with gender-based violence.” Outrage is targeted at the justice system for falling conviction rates for rape cases, and outrage is also targeted at the police for aggressively breaking up a woman’s demonstration calling for justice.

Comment:
The UK Office for National Statistics (ONS) stated that in 2017, the latest year’s statistics, 1 million women had been either raped or subjected to attempted rape. Women throughout the UK have shared their fears in related articles, such as this one from CNN on the 11th of March: “Sarah Everard case prompts outpouring from women sharing stories of abuse and harassment on UK streets”. One woman said, “No woman finds this shocking. Because we’re constantly planning and strategising how to prioritise our safety. Meanwhile, men are just living their lives and having carefree conversations. The very idea of that kind of freedom is intoxicating to me.” Another woman said, “This is a constant preoccupation of women and girls of all ages; I am 74 and still go through the mental risk assessment each time I am out on my own especially, but not exclusively, at night. I taught the same to my daughters. Fear passed on from woman to girl thru generations.”

A UN report titled, “Prevalence and reporting of sexual harassment in UK public spaces” was released last week, which revealed that 86% of women aged 18-24 experienced some form of sexual harassment in a public space, and that over 95% of women did not report their experiences of sexual harassment. These events coincided with the 110th International
Women’s Day, for which a UN report said: “Endemic violence against women ‘cannot be stopped with a vaccine’.” Endemic violence against women must have a cause, and there must be a solution. The West does not want to accept the cause, and certainly has not found any solution despite its false claims to elevate the status of women, and its attempts to impose Western values regarding women upon other cultures.

As for Islam, the problem is understood as a natural problem arising out of the interaction between two different sexes for which a system is needed to provide harmony between both genders. The West has failed so miserably because it imposes its ideological view in total disregard of biological reality. First, it claimed that women and men were equal, and then its confusion in this respect deepened to the extent that even the definition of gender became a subject of debate. Multiple new genders are now recognized, and they are trying to pervert their own language to find new pronouns for a constellation of imagined genders. If gender itself has confused them, it is no surprise that solving problems arising from interaction between genders continues to escape them. Islam provided a specific social system to enable women to live fulfilled lives without fear of being abused in the streets. So much is wrong with Western dogmas about women, and the suffering that these failed dogmas cause women to go far beyond not being able to walk in the streets of London without being groped or whistled at or worse.