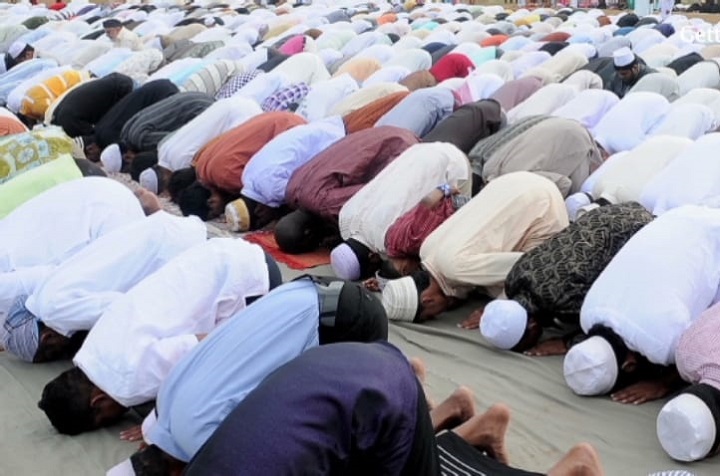 Hizb ut Tahrir / Kenya with pleasure congratulates the Muslims in the country and across the globe in general on the arrival of the blessed month of Ramadhan. As we enter this month of mercy, forgiveness and redemption from Hellfire, we pray to Allah (swt) to give us strength and health to observe the noble act of fasting which is not only obligatory but one of five pillars of Islam.

Allah Subhanahu wa Taala has made Taqwa (piety and fearfulness of Allah) as the sole objective of this noble worship. Taqwa is the essence of the Islamic personality that must be manifested in all actions of the believers by undertaking all the commandments and abstaining from all prohibitions. For societal manifestation of Taqwa, there is the need for a state that will implement Islam in all aspects of life. We categorically state that this state is none other than the Khilafah (Caliphate) which by the will of Allah will be reestablished in the Muslim world soon.

As Muslim society enters into this blessed month, the prices of essential commodities such as cooking oil, fuel, wheat flour, and sugar are extremely expensive. As citizens continue to suffer and others have died due to acute starvation in some parts of the country, politicians from all political divides are engrossed in cheap campaigns for power hence giving poor Kenyans empty promises! This should be a stark reminder to the Kenyan society that capitalist leadership does not care for the interest of its citizens.

Although the war in Ukraine has affected the global economy to some extent by speculating the global oil prices since the war revolves among the leading states, this however, is absolutely not the main reason for the current global inflation. Capitalist economic system has made price the corner stone in the production and distribution of wealth. Additionally, the system uses Fiat monetary policy with no intrinsic value in its currency making it consistently inflatable.

We sincerely supplicate to Allah (swt) to accept our deeds and grant this Ummah a guardian and shield the Khilafah (Caliphate) on the method of the Prophethood. A Khilafah that will once again liberate humanity from economic misery.