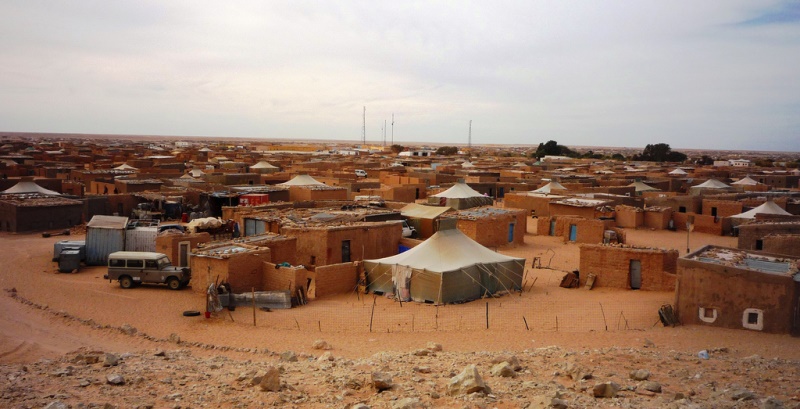 Algeria has abandoned more than 13,000 people in the Sahara Desert over the past 14 months, including pregnant women and children, expelling them without food or water and forcing them to walk, sometimes at gunpoint, under the blistering sun. Some never make it out alive.

The expelled migrants and refugees can be seen coming over the horizon by the hundreds, appearing at first as specks in the distance under temperatures of up to 48 degrees Celsius.

In Niger, where the majority head, the lucky ones limp across a desolate 15km no-man’s-land to the border village of Assamaka.

Others wander for days before a United Nations rescue squad can find them. (Source: Aljazeera.com)

The despicable behavior of the Algerian government is comparative to the barbarity of its colonial power master France, and is a fully culpable participant of the global refugee crisis.

Its treasured sovereign nation status which permits the abandonment of innocents, already suffering and subject to every oppression; vulnerable now to even more harms like human trafficking for sexual exploitation and organ harvesting is an intolerable sign of the absolute and systemic failure of the liberal, democratic institutions like the UN, which don’t have an ounce of accountability to uphold the humanitarian laws they hypocritically champion and give their vile lip service to.

Algeria is a prime example of a puppet regime which can’t even uphold decent human values, let alone Islamic ones… so seeped has it become in allegiance to its western paymasters, and so far has it come from the land where the fuqahaa (scholars) and the pure institutions of Islam once existed.

As Muslims, we should be as outraged at this, as we are at the Saudis for their barbarity against Yemen, and Erdogan for his fickle policies towards EU regulations on refugees.

Until as Muslims we can’t unify against the leaders of our nations and call out every oppression and injustice, and understand its source to be that of our weakness and disunity as a result of abandoning the application of the Ahkaam Shariah; our condition will continue to be weaken.

“For him, there are mu`aqqibat in succession, before and behind him. They guard him by the command of Allah. Verily! Allah will not change the condition of a people unless there is a change of what is in themselves. But when Allah wills a people’s punishment, there can be no turning back of it and they will find besides Him no protector”