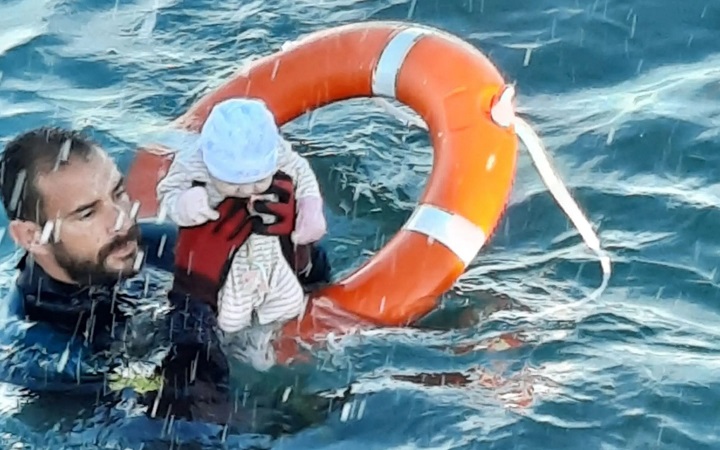 The illegal Jewish entity finally announced a ceasefire this week, after quiet pressure from America, and a formal initiative that America pushed through its agent President Abdel Fattah al-Sisi of Egypt, even though Sisi oppresses people from the land of Palestine who live in his own country. US President Joe Biden otherwise has very little interest in Sisi and spoke to him on Thursday for the first time since becoming president in January. Of course, the announced ceasefire did not stop the oppression and atrocities committed by the illegal Jewish entity, whose forces attacked those attending the Juma prayer at Masjid al-Aqsa yet again.

America has searched and searched for some ‘legal’ solution that would legitimise the illegal entity in the eyes of the world but has failed. Hence it knows it must continue to support the existing status quo, which is illegal even according to the so-called international law that has actually been designed by the West to support their exploitative foreign policy. It is America that midwifed the birth of the illegitimate Jewish entity, through the United Nations, and it is America that has been supporting it ever since, fully backed in this by other Western countries. America’s support is necessary for the continued survival of the illegal entity as the project is otherwise not viable, displacing millions from the lands of Palestine, while existing as a small piece of land between very large Muslim countries, whose combined armies are many times larger than the forces of the illegal entity itself. America supports the illegal entity not only financially, economically and militarily but also politically by forcing the world to accept the illegal entity and forcing Muslim regimes to protect the illegal entity by restraining their armies and populations from any attack on it. Even in this present crisis, the efforts of the Muslim regimes amounted only to verbal statements and working through the defective OIC to issue a statement to the UN Security Council, even though it is the permanent members of the UNSC that are the original source of the problem. And, of course, these leaders made no mention of the fundamental illegality of the entity and its illegitimate occupation of the entire land of Palestine.

America knows that the latest attacks were initiated by the illegal entity’s Prime Minister Binyamin Netanyahu in order to enable the continuation of his increasingly unstable rule. America initially allowed him to play as he wished but then was compelled to pressure him to bring his play to a close because America sees what the stubborn and arrogant Jews fail to see, which is the unrest in the Muslim Ummah, and the increasing anger of Muslims towards their own rulers over their inaction towards Palestine. It was in fact pressure from the Muslim Ummah that forced America to act, and not the meaningless efforts of the rulers of Muslims. With Allah’s permission, the Muslim Ummah shall soon overthrow their present rulers, who are all agents to the West, and in their place establish a single general leadership for all Muslims that shall head the re-established righteous Islamic Khilafah (Caliphate) State on the method of the Prophet (saw), unifying Muslim lands, liberating occupied territories, implementing the Islamic Shari’a, restoring the Islamic way of life and carrying the light of Islam to the entire world.

The Muslim regimes not only protect the illegal Jewish entity; they also protect Western countries, including from immigration from Muslim lands. This week, Morocco temporarily stopped that protection, allowing Muslims from Morocco to enter the city of Ceuta, which is a Spanish enclave bordering Morocco in North Africa, resulting in 8000 entering in just a few days; Spanish troops were able to push over half of them to return to Morocco. The temporary withdrawal of Moroccan border security was in protest at Spain’s hosting of a leader of the Polisario Front, which is in opposition to the Moroccan government over the land of the Western Sahara. Western exploitation drains the world of its wealth, resources and manpower, so it is natural that those from exploited countries think that they may find a better life in the West, while the racist and xenophobic West resists their entry. Unfortunately, however, what most successful immigrants to the West find is only a new set of problems, as exploitation exists even within the West itself as its elite does not hesitate to exploit even its own people. Furthermore, the materialist West is much weaker than the rest of the world in ethical, humanitarian and spiritual values, so even if extremely hardworking immigrants are able to find a better material life, they remain distressed because of the lack of harmony and tranquillity in wider societal life. The failed Western Capitalist economic system and the West’s dependence on exploitation stands in stark contrast to the genuine indigenous prosperity of the Khilafah State based on the success of the Islamic economic system which, for over a thousand years, not only established an advanced vibrant Islamic civilisation at home but also stimulated prosperity throughout the world.

According to the Washington Post, Iranian oil exports have been rising over the past year to levels of hundreds of thousands of barrels per day, in apparent violation of American sanctions, according to data and analysts who monitor monthly statistics and satellite imagery from around the world. Furthermore, Iran is expecting the sanctions to soon be lifted, as America under President Biden is in negotiations to return to the multilateral nuclear deal with Iran. His predecessor, President Trump had withdrawn from the nuclear deal and imposed sanctions only partly to punish Iran for remaining engaged in the wider region, when America no longer needed it there. The greater reason for withdrawing from the deal was to put pressure on European countries, who are dependent on foreign energy supplies. But Biden is a member of the Democratic Party, which generally attempts a more collaborative international approach to pursuing its goals, and is trying to show he is working with Europe instead of directly clashing with it. However, whatever the optics, the reality is that America will always remain in conflict with Europe, whether under a Republican president or a Democrat president, because Western countries work only for their own individually defined national interests and so remain in constant competition with each other. America was much attacked in world public opinion because of its withdrawal from the nuclear deal, so Biden will return to that but find another way to compete with his European rivals.