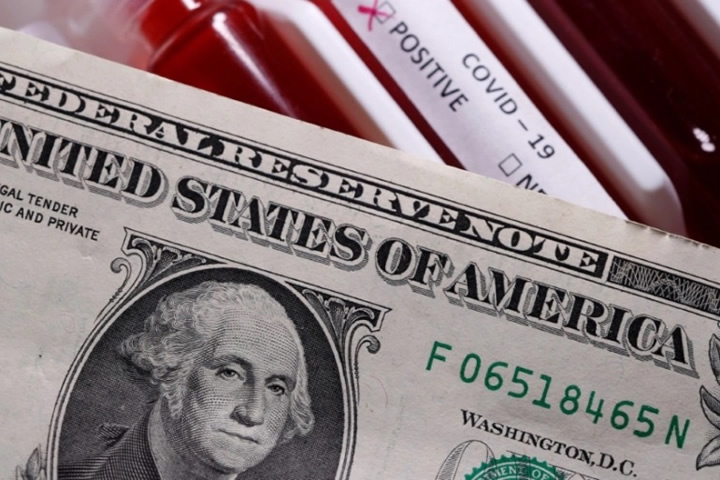 The American Congress is consumed with US President Biden’s early key legislative initiative to provide a $1.9 trillion financial stimulus to the American population in the form of direct payments to American citizens and allocations for cities and state governments, schools and selected programmes, as well as other measures such as increasing the minimum wage, providing supplemental unemployment benefits and tax relief. The bill has passed the House of Representatives and is currently being debated in the Senate, after which it has to be resubmitted to the House.

Western prosperity is actually built not on strong domestic economies but on imperialist exploitation of the wealth and resources of the rest of the world. The Western economies themselves are actually quite fragile as a consequence of the domination of the elite, as a result of the length of time that the Capitalist economic system has been implemented in the West. Genuine local economic activity is strangulated as corporate interests come to dominate every aspect of economic life. Giant corporations, often the size of large government bureaucracies, can never match the agility and entrepreneurship of individuals and small businesses, which is the true bedrock of any health economy. Furthermore, the elite divert real wealth from the regular economy and instead circulate it amongst themselves in a parallel elite economy comprising big finance, exclusive investments, high-end properties and luxury goods and services. Meanwhile, the regular economy subsists on declining living standards endured by an overworked population that lacks material stability and is constantly fearful of its future. By adopting fiat currencies, the Western elite have further protected their real wealth, allowing only fake unreal paper money to be circulated in the regular economy, which is inevitably inflationary, requiring them to carefully limit the volume of such fake money circulating in the economy. Biden’s proposed financial stimulus thus presents a serious risk, yet at the same time America knows that it must take such a risk because of the additional damage to its economy due to its mishandling of Covid-19 and because of the threat of China, whose vibrant, powerful economy is still in the early stages of the implementation of the Capitalist economic system.

Capitalism in fact only expropriated the prosperity that Islam made possible through the lengthy implementation of the Islamic sharia across vast regions of the world, and through the open trading policy with China, the West and others. The Islamic socioeconomic model enables society broadly to prosper through establishing social and economic relations on a just and equitable basis, thus creating the conditions for robust, sustained economic activity. With Allah’s permission, Muslims shall soon re-establish the righteous Islamic Khilafah (Caliphate) State on the method of the Prophet (saw) that shall unify Muslim lands, liberate occupied territories, implement the Islamic sharia and carry the light of Islam to the entire world.

The Biden administration has expressed some public criticism of Saudi Arabia and is distancing itself from the friendly relations that President Trump developed with the Saudi Crown Prince Mohammad bin Salman, with whom Trump’s son-in-law Jared Kushner was particularly close, and has said that the president will instead build his engagement with his counterpart King Salman. Nevertheless, all this must be viewed only as minor repositioning of the administration in accordance with the particular approach of the Biden administration without any change to the overall American plan for Saudi Arabia. This week, America allowed its Saudi agents to maintain higher oil prices, reversing Trump’s pressure on Saudi to keep prices low before the US elections, something that the American establishment had been displeased with. According to US Secretary of State Anthony Blinken, the administration wants “not to rupture the relationship but to recalibrate [it] to be more in line with our interests and our values”. Meanwhile, the Saudi royal family has committed itself to serve their Western masters no matter how much they are humiliated by them, reserving their arrogance only for their Muslim subjects. But the end of such petty tyrants is close, as Muslims grow more aware of their responsibility and their strength; the time is close that they shall all be overthrown and replaced with sincere, capable, indigenous leadership implementing Islam alone. Allah (swt) says in the Noble Qur’an:

“O believers! Whoever among you abandons their faith, Allah will replace them with others who love Him and are loved by Him. They will be humble with the believers but firm towards the disbelievers, struggling in the Way of Allah; fearing no blame from anyone. This is the favour of Allah. He grants it to whoever He wills. And Allah is All-Bountiful, All-Knowing.” [Al-Ma’idah: 54]

Similar to the recalibration of relations with Saudi Arabia, the Biden administration is also stepping back from Trump’s overly friendly relations with the illegal Jewish entity’s Prime Minister Binyamin Netanyahu; Biden did not personally call Netanyahu for almost a month, although his two predecessors, Trump and Obama, had done so within two days of taking office. But US policy towards the entity is clearly unchanged. In response to a preliminary investigation of possible war crimes by the entity by the International Criminal Court, US Vice President Kamala Harris called Netanyahu to affirm US support. A later statement from the White House noted that both governments were in, “opposition to the International Criminal Court’s attempts to exercise its jurisdiction over Israeli personnel”. The statement also added that Harris “emphasized the United States’ unwavering commitment to Israel’s security”. The US is in any case opposed to the ICC, which is strongly influenced by Britain. If the ICC was truly interested in justice in Palestine it would be doing much more than a limited war crimes investigation; Britain’s purpose here is only to create some political space for itself, otherwise Britain is as committed as America to the existence of the illegal Jewish entity, as it is a successor to the failed Crusader state of a thousand years ago and a vital inroad by the West into the Muslim heartland.

This week the Roman Catholic Pope Francis I made the first-ever papal visit to Iraq, where he was received by Iraqi Prime Minister Mustafa al-Kadhimi, calling for “justice and the fostering of honesty, transparency and the strengthening of the institutions responsible in this regard” and adding, “In this way, stability within society grows and a healthy politics arises, able to offer to all, especially the young of whom there are so many in this country, sure hope for a better future”. Surely Pope Francis knows that it is the West that destroyed the stability in Iraq, not only by its horrendously brutal invasion in 2003 but by its abolishment of the Khilafah State and dissection of the Islamic lands a hundred years ago. The Christian Church has for centuries collaborated with Western rulers in their imperial conquests, though they have had less time for this recently because of the Church’s internal problems. But Pope Francis is following the same pattern as his predecessors, who in recent times have aligned themselves with American interests in opposition to Britain. It is likely that Biden, as a Catholic himself, will make particular use of the papacy to extend American foreign policy, and the visit of the Pope appears to have been arranged as a preliminary step to explore the possibility of using him more extensively. America needs very much to strengthen its puppet regime in Baghdad, under its agent Mustafa al-Kadhimi, and the Pope’s visit is intended to strengthen his premiership. However, if Pope Francis sincerely wishes to serve religion, then he should reject this evil partnership with Capitalism; it is towards opposing secular materialism in the West that he should be concentrating his efforts.