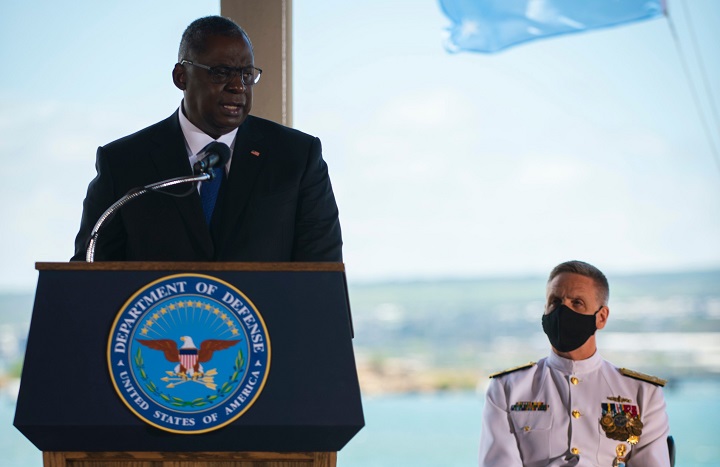 More Bluster from the USA

Antony Blinken, the US secretary of state, and the UK foreign secretary, Dominic Raab, have called for a revitalised and broadened alliance of G7 nations determined to defend open societies and the rules-based order from the threats posed by the autocracies of China and Russia. Speaking after a meeting in London on Monday, Raab said he saw “an increasing demand and need for an agile cluster of countries that share the same values and want to protect the multilateral system”.

He said the fact the UK had invited Australia, South Korea, India and South Africa to the G7 foreign ministers meeting in London was “a sign that we can see a shift to a pattern of like-minded countries working together.” Blinken said it was “not the US purpose to contain China, or hold it down,” adding: “What we are trying to do is to uphold the international rules-based order, that our countries have invested so much in over so many decades to the benefit, I would argue not just of our own citizens but of people around the world, including, by the way, China. The new administration has worked pretty quickly to reverse the previous Administrations unilateralist policies, but it has been the US itself that has undermined and broken the rules-based system, from abandoning international law in its invasion of Iraq and trampling over many other rules it imposed on others but floats itself.

US Wars to Look Different in the Future

In a speech on Friday 30 April, US Secretary of Defense Lloyd Austin said the next “major war” the US military fights will look “very different” from recent conflicts. Austin made the comments at a change of command ceremony for US Indo-Pacific Command (INDOPACOM), which oversees US military operations to confront China in the region. While China was not mentioned in Austin’s speech, the Pentagon recently cited Beijing as the top “threat” facing the US to justify the $715 billion budget it is requesting for 2022. “I’m a civilian now, but I’ve spent most of the past two decades executing the last of the old wars,” he said. “But the way we’ll fight the next major war is going to look very different from the way we fought the last ones.” Austin said future conflicts will be different due to advances in technology. “Galloping advances in technology mean changes in the work we do to keep the United States secure across all five domains of potential conflict — not just air, land, and sea but also space and cyberspace,” he said. Considering how poorly the US fared against less capable adversaries in Iraq and Afghanistan it remains to be seen how the US can perform against adversaries that have similar capabilities of the US.

Saudi Crown Prince Mohammad bin Salman (MBS) recently gave an extensive interview to the state-owned Rotana television. The interview took place in the context of MBS having fallen from grace after being the darling of the West for so long. The Crown Prince promised to speed up economic privatisation, diversification and Saudisation, the suspension of many state welfare benefits, all pushed the prince to focus on what appeared to be agitated domestic audience. The interview turned into a desperate attempt to revive enthusiasm for Vision 2030, the hugely ambitious attempt to diversify the Saudi economy and modernise the country, five years after it was launched.  The prince’s interview was dominated by several themes. Above all, Saudis in general, and especially the local private sector elite, are worried about their livelihood. New VAT taxes, suspension of state subsidies, high utility and fuel bills, as well as unemployment rate reaching 14.9% in the third quarter of 2020, made Saudis question the grand promises of Vision 2030. The reality of MBS like many of our rulers has finally caught up with him, lots of rhetoric, but virtually zero practical impact of the lives of the people.