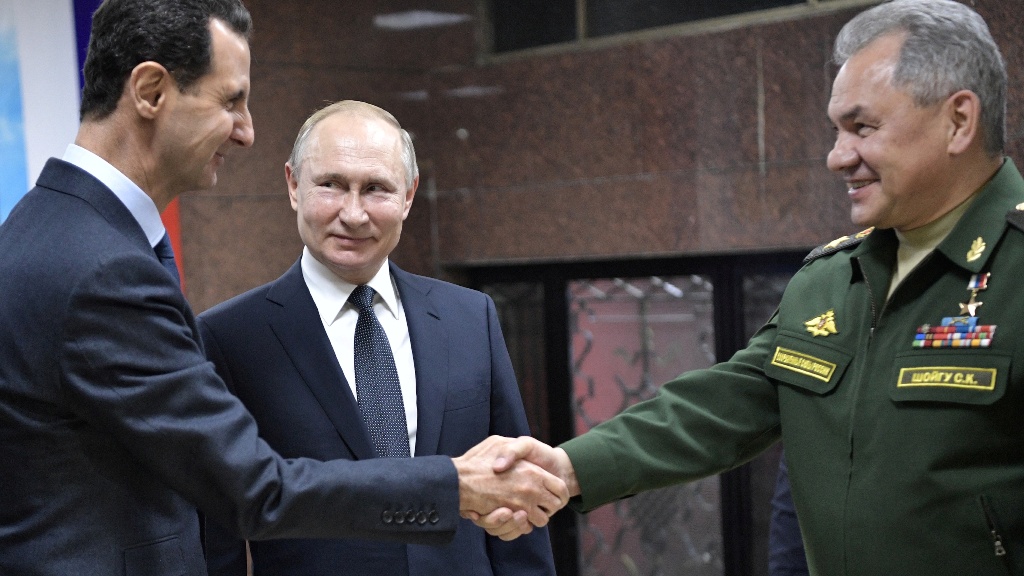 China vowed Friday to take “countermeasures” against the United States if the Trump administration attempts to punish Beijing for tightening its grip on Hong Kong, ratcheting up tensions between the world’s two biggest economies.

The Chinese warnings were met later Friday with broadsides from President Trump, who accused China of a “pattern of misconduct” and said U.S. officials will begin steps to revoke Hong Kong’s special status under U.S. law.

That means the United States would no longer treat Hong Kong and China as separate entities for the purposes of extradition, customs, trade and visa issues, he told reporters during remarks in the White House Rose Garden…

On another front, China separately threatened military action to “resolutely smash” any move by Taiwan toward declaring independence. The threat raised the prospect of a regional conflict that could draw in the United States.

Analysts on both sides are increasingly worried about the rapid deterioration in relations, already at their worst in decades.

“China is fed up with being the nice guy. Now any negative comments and actions from the U.S. are bound to trigger diplomatic reactions or other countermeasures in China,” said Xi Junyang, a professor at Shanghai University of Finance and Economics. “The question is how far China is willing to go and what cards we have.”

“The U.S. should see things clearly and stop interfering in Hong Kong’s affairs,” he said. “If the U.S. insists on intervening, China will take all necessary countermeasures.”

China’s National People’s Congress on Thursday approved a plan to draft a new law that would essentially criminalize protests and other political behavior that Beijing disdains, effectively ending the “one country, two systems” framework that has allowed Hong Kong to operate relatively independently of the mainland.

Secretary of State Mike Pompeo has called the new law a “death knell” for the framework and has advised Congress that Hong Kong can no longer be considered autonomous, a step toward stripping the area of the special status that has allowed the United States to trade with it as an entity separate from mainland China for the past 23 years.

The recent actions of China expose the limited capability of the American superpower. This is not because America is weak but because however strong a country is, there is a limit to what it can do in regards to another power, if that power takes full charge of its own affairs and strengthens itself internally and externally. The rise of China these past decades is a lesson for Muslims to throw off their agent ruling class and foreign imposed systems and return to the rule of Islam, placing their trust in sincere, indigenous leadership loyal to Allah and His Messenger ﷺ, dedicating itself to the service of this Ummah alone.

The European Commission, the bloc’s executive branch, on Wednesday proposed that it raise 750 billion euros, or $826 billion, on behalf of all members to finance their recovery from the economic collapse brought on by the virus, the worst crisis in the history of the European Union.

The plan, which still requires approval from the 27 national leaders and their parliaments, would be the first time that the bloc raised large amounts of common debt in capital markets, taking the E.U. one step closer to a shared budget, potentially paid for through common taxes.

For those reasons, the proposal had all the hallmarks of a historic moment for the E.U., vesting greater authority in Brussels in ways that more closely than ever resembled a central government.

“This is about all of us and it is way bigger than any one of us,” Ursula von der Leyen, the commission president, told European Parliament members in a speech in Brussels. “This is Europe’s moment.”

At another moment — one without a calamitous recession looming — the proposal would probably have been dead on arrival and antagonized the populists and nationalists who oppose the gathering power of Brussels. But the urgent need for a powerful response to the virus has muted much of the appeal of that message, at least for now.

There is little question that Europe’s recovery will be difficult and cost trillions, with some of its economies set to shrink by as much as 10 percent this year. The friction between China and the United States also poses a major challenge for a bloc that trades heavily with both.

Until now, the European Central Bank had been propping up the economy by sweeping up bonds by member states at low cost to ensure money keeps flowing in to finance stimulus efforts. But the economic crisis is so large that anything less than a bold response from European Union leaders risked inviting another kind of crisis — one of legitimacy.

With Britain gone, the calamity brought on by the virus forced Germany and France, the bloc’s two strongest countries that often find themselves at loggerheads, to step up in a rare display of joint leadership, paving the way for the commission’s proposal.

Even so, the plan is bound to be watered down in the weeks and months ahead. The proposal requires unanimous backing by member states, and a handful of the richer and less affected ones, such as the Netherlands and Denmark, consider joint borrowing and grant distribution to be unfair.

“We need to take everyone’s interests into account and there are very different interest groups: the southern countries, who fundamentally always want more; the East Europeans, who have an interest in preventing everything from flowing south; and, of course, those who have to pay for it all, the net payers,” Sebastian Kurz, the Austrian chancellor, who opposes parts of the commission’s proposal, told Politico on Wednesday.

But the countries hardest hit by the virus, namely Italy and Spain, are also too big and too central to the European Union’s ambitions to let fail. For now the plan not only suggested large-scale joint borrowing, but also that most of the money raised be distributed in the form of grants, or free cash.

The collapse of Europe’s economies once again exposes not only the error of the West’s mismanagement of the Coronavirus but also the general weakness of the Capitalist economic system in generating strong economic activity. But although essential to restart their economies, coordinating government financing in Europe is complicated because of the nature of the European Union where decisions must be made collectively by its 27 governments instead of entrusting decision-making to a single central authority. France and Germany have been trying for decades to centralise decision-making, while Britain and America have been working subversively for decades to decentralise it. The current proposal for a centralised E750 billion fund would therefore be a great victory for France and Germany but may at the same time be welcomed by Britain and America, as massive additional spending in Europe will help support the Western economy in general and thus benefit the UK and US also.

The West has been plagued since its Christian age by divisions between its rulers. Islam has avoided this problem by defining the Khilafah (Caliphate) as a single, unitary, general leadership for all Muslims. With Allah’s permission, Muslims shall soon overthrow their separate regimes and unify under the re-established righteous Islamic Khilafah (Caliphate) State on the method of the Prophet ﷺ.

Russian President Vladimir Putin appointed Moscow’s ambassador in Damascus, Alexander Efimov, as his special envoy for developing relations with Syria on May 25. It is a newly created post and an addition to the two already existing envoys working with Damascus, the Kremlin’s special envoy for Syria Alexander Lavrentiev and its special presidential envoy on the Middle East, Deputy Foreign Minister Mikhail Bogdanov. Efimov will keep his job as Syrian ambassador, a position he has held since 2018. Prior to the assignment, Efimov spent five years as Russia’s ambassador to the United Arab Emirates.

Efimov’s appointment can be viewed through two lenses. First, it may serve to help the Kremlin find the right balance between the diplomatic and military segments of Russia’s foreign policy team overseeing Syria. Lavrentiev, until recently the only presidential representative focused exclusively on the Syrian dossier, is generally associated with the military side. His mission has involved hashing out compromises in negotiations with Turkey and Israel as well as the creation and management of the so-called “de-escalation zones” mandated by the Astana and Sochi agreements, the purpose of which being to essentially fragment the opposition to President Bashar al-Assad…

Seen in this fashion, Efimov’s new post could be considered a counterweight to the military influence in Russian foreign policy. The new envoy can bring a more economic and diplomatic component to the task of managing the situation in Syria.

The second aspect of Efimov’s appointment has to do with the task of rebuilding Syria, a topic that has been steadily rising on the Kremlin’s agenda. Efimov’s past experience of working with the United Arab Emirates, an ally of growing importance to Russia and Syria, may also prove useful. It is notable that on Putin’s last trip to Syria in January, he decided to touch down at Damascus International Airport despite lingering security threats, in what was perhaps a sign that the airport may be scaling up its operations. Indeed, last year several airlines, among them Bahrein’s Gulf Air and UAE’s Emirati Etihad, mulled the possibility of resuming flights to Damascus Airport. Russian businessmen, for their part, showed willingness to bankroll the airport’s expansion via building an additional terminal. According to some reports, Russia even asked Israel to cease targeting the airport. In return, Moscow said it might help reduce the volume of Iran’s supplies through Damascus.

It was America that brought Russia to Syria to stabilise the Assad regime and to block any possibility of an Islamic revolution in that country that had the potential to change the entire world order. America was successful in drawing large revolutionary formations into dependency on American agent governments such as Turkey and Saudi enabling their betrayal and collapse. But Russia is still struggling to sustain the Assad regime while at the same time striving to secure its own interests in Syria after the war. The large revolutionary groups may be defeated but the revolution still exists in the hearts and minds of the Syrian people and, with Allah’s permission, the world shall soon witness its reality again.