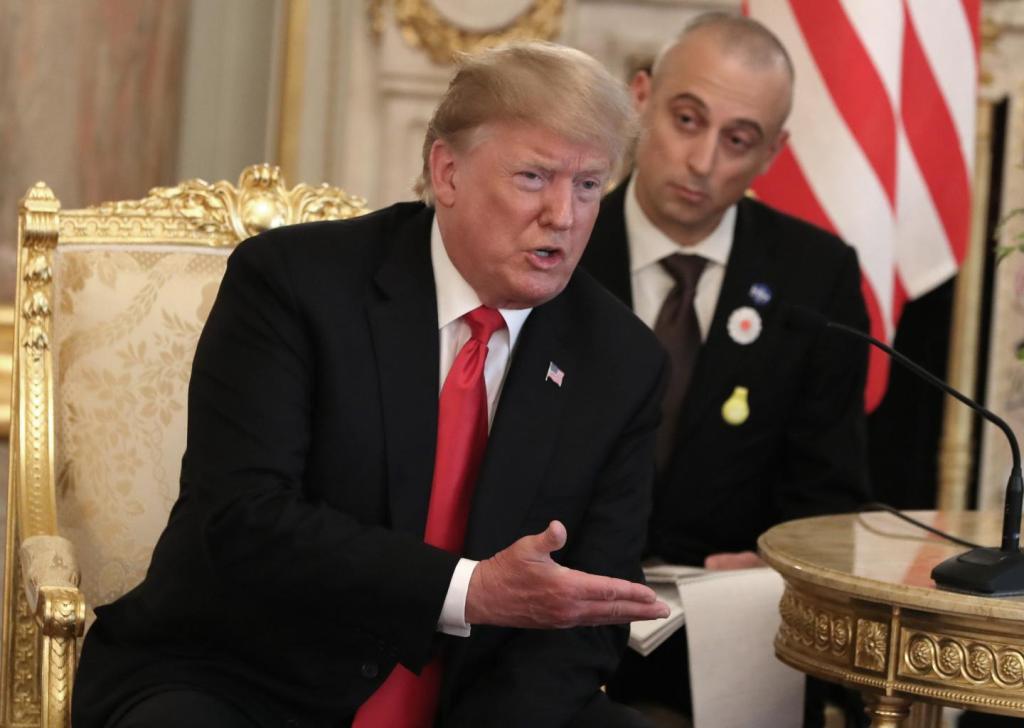 Trump Talks Down War with Iran

During a press conference in Tokyo on Monday 27th May President Donald Trump said he is not looking for “regime change” in Iran. “These are great people – has a chance to be a great country with the same leadership…we’re not looking for regime change, we’re looking for no nuclear weapons,” Trump said of Iran at the press conference after talks with Japanese Prime Minister Shinzo Abe. These seemingly diplomatic comments are a change in tone from what has been coming from the hardliners in the Trump administration, most notably Mike Pompeo and John Bolton. This month the Trump administration has deployed an aircraft carrier close to Iran, signed off on sending an additional 1,500 troops to the region, and tightened economic sanctions on the country. Trump has said he wants to make a better deal with Iran since he tore up the nuclear deal over a year ago. Trump is pursuing the same strategy as he did with North Korea talk up tensions, try to control the neocons in his cabinet from really going to war as Trump doesn’t want a war to be in his presidency, then cut a deal and take credit for averting war. In the case of North Korea this has been a complete failure. It remains to be seen what he can do with Iran. Or will his cabinet run away with war?

Middle East Eye has revealed that British government officials prepare for terrorist attacks by pre-planning social media campaigns that are designed to appear to be spontaneous public responses in countries across the Middle East and North Africa. Middle East Eye has established that UK emergency planners are working closely with the governments of Saudi Arabia, Qatar, the UAE, Bahrain and eight other countries. They are assisting with the development of plans to prepare for a range of disasters, including terrorist attacks, and sharing techniques that are currently employed in the UK to shape public responses. British emergency planners have developed a particularly close relationship with Saudi Arabia, where they have helped to establish an organisation at the Royal Court in Riyadh called the National Risk Unit. The purpose of the operations, according to a number of people involved in their creation, is to shape and direct public responses. Whilst Britain in the past had spread stories to discredit people and undertook regime change, it seems in the 21st century this has not stopped but evolved into sophisticated programme to influence public opinion by spreading lies in order to shape public opinion inline with its foreign policy objectives.

Students and teachers have taken to the streets of Algeria’s capital to protest against the head of the country’s military, as they continue to demand a complete overhaul of the political system.

“No elections, mafia gangs,” the protesters shouted on Tuesday, as they marched through Algiers under a heavy police presence, AFP news agency reported. The protest came as army chief Ahmed Gaid Salah called for a “serious, rational and constructive” dialogue and for “mutual concessions” in the country’s political transition following the ouster of longtime President Abdelaziz Bouteflika. Presidential elections are scheduled for early July, but they have been rejected by protesters, who say that holding a vote would be inappropriate while corrupt state officials remain in power.

The protesters have accused Salah of ignoring their call for the country’s ruling elite to relinquish control over the levers of power. The Algerian military has attempted to continue to maintain the status quo despite making cosmetic changes.