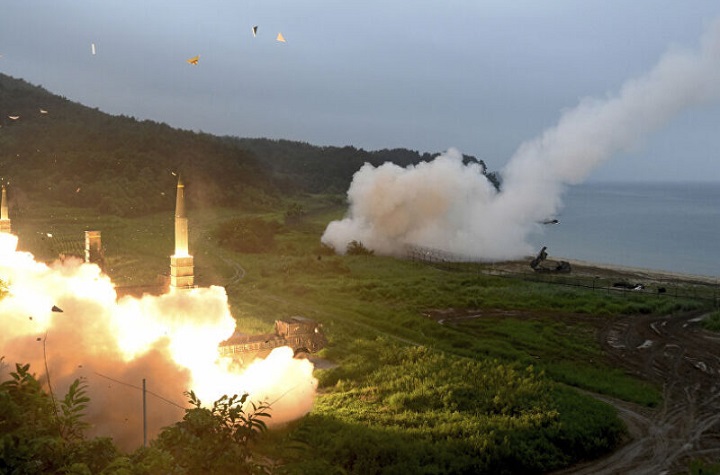 ‘Israeli’ air force pilots’ bombing and flattening of Palestinian residential towers in the besieged Gaza Strip was a way to vent their frustration for failing to stop Palestinian armed factions from firing rockets into Israeli towns, according to an Israeli TV report.A number of ‘Israeli’ pilots spoke anonymously to Israel’s Channel 12 last week about their experience flying warplanes over the Palestinian enclave during an 11-day military campaign that ended with a ceasefire. Nine high-rise buildings were flattened to the ground by ‘Israeli’ air strikes, including al-Jalaa Tower, which housed the offices of numerous media production companies and news agencies, drawing condemnation from media and human rights organisations. “I went on a mission to carry out air strikes with a feeling that destroying the towers is a way to vent frustration over what is happening to us and over the success of the groups in Gaza,” one Israeli pilot told Channel 12. The pilot, identified as Major D in the report, added: “We failed to stop the rocket fire and to harm the leadership of these groups, so we destroyed the towers.”

The US has lifted restrictions on South Korea’s ability to develop and possess long-range missiles, South Korean President Moon Jae-in announced the change in policy after a meeting with President Biden. South Korea could not develop missiles with a range greater than 500 miles, but now without the restriction, Seoul can develop any type of long-range ballistic missile, potentially putting China in range of a US ally’s weapons. “We are pleased to announce the end of the missile guidelines. This is a symbolic and practical measure to externally show the solidity of the ROK-US alliance along with the conclusion of the ROK-US defense cost agreement in the early days of the Biden administration’s inauguration,” Moon said. Washington and Seoul recently agreed to a new cost-sharing deal for the approximately 28,500 US troops stationed in South Korea. Seoul agreed to a 13.9 percent increase in the cost to house US troops, totaling about $1.03 billion for 2021.

Bangladeshi passports will no longer bear the text “valid for all countries of the world except Israel,” officials confirmed. The Bangladeshi passports earlier had a note written on them that said: “This passport is valid for all countries of the world except Israel”. But, just a few months ago, Bangladesh dropped two words, “except Israel”, from the new electronic passports. Speaking to Anadolu Agency, Imtiaz Ahmed, a professor of International Relations at Dhaka University, said that the timing of disclosing this development was a major factor that caused confusion among citizens of the country. “Recently, when some Muslim countries forged relations with Israel, Bangladesh expressed its support to the Palestinian cause. So I don’t think that withdrawing two words from the passports will shake Bangladesh’s long-standing moral position on the Israel-Palestine conflict,” Ahmed said.

It took a war in Gaza for Joe Biden to make his first phone call to Abdel Fattah al-Sisi, the president of Egypt. The US president had snubbed Sisi in his first four months in office, a sign of displeasure over Cairo’s human rights record and a reversal of his predecessor Donald Trump’s policy. “There will be no more blank cheques for Trump’s favourite dictator,” Biden had said while campaigning. But as the conflict between Israel and Palestinian militants Hamas escalated in recent weeks, the two leaders spoke twice. Cairo’s successful negotiation of a ceasefire in Gaza ending the 11-day war that killed 243 Palestinians and 12 Israelis has underscored its relevance as a mediator in the region’s oldest and most intractable conflict. It also earned it public thanks from Biden. The account of the call with Biden released by Sisi’s office this week listed the reasons why Cairo should remain an important partner to the US. Biden, according to Cairo, confirmed the US administration looked forward “to strengthening bilateral relations . . . in light of Egypt’s pivotal role regionally and internationally and its effective political efforts to support the region’s security and stability and resolve its crises”. In a nod to Biden’s presumed concerns about freedoms in Egypt, Washington’s readout said the US president “thanked Egypt for its successful diplomacy” and “underscored the importance of a constructive dialogue on human rights”. Antony Blinken, US secretary of state, met Sisi in Cairo on Wednesday as part of a Middle East tour to bolster the truce. He said that Egypt was a “real and effective partner” that helped end the Gaza war. “Israel has four decades of proven peace with Egypt,” said an Arab diplomat. “There is trust which exists between them and they have respect for each other, even if they differ sharply on the issue of the Palestinians. As for Hamas, the relationship with Egypt is played on the level of interests. If Hamas wants Egypt’s collaboration on some issues, like opening border crossings, it too has to collaborate with Egypt.” Egypt’s intelligence services handled the ceasefire negotiations and have played a similar role to end all previous wars between Hamas and Israel. “I am sure the UAE would have liked to be able to do that to show that there is a peace bonanza,” said the diplomat. “But I think for this they would have needed better relations with the Palestinians.” [Source: Financial Times]

US Intensifies Outreach to Pakistan as Withdrawal from Afghanistan Nears

The White House announced last week, that National Security Adviser Jake Sullivan had met his Pakistani counterpart, Moeed Yusuf. The Sullivan-Yusuf meeting is the most senior in-person encounter between Washington and Islamabad since US President Joe Biden came into office in January. The two met in Geneva and “discussed a range of bilateral, regional and global issues of mutual interest and discussed ways to advance practical co-operation. Both sides agreed to continue the conversation,” the White House said. US Secretary of Defence Lloyd Austin on Monday called Pakistan’s Chief of Army Staff Gen Qamar Javed Bajwa for the second time in three weeks.“ I reiterated my appreciation for the US-Pakistan relationship and my desire to continue to work together to further regional security and stability,” Mr Austin tweeted. The Biden administration has set September 11 as the deadline to complete its troop withdrawal from Afghanistan and is increasing security co-ordination with Islamabad as it plans its post-withdrawal posture in the region. US Central Command said on Tuesday that the withdrawal is going according to schedule and that the military has completed up to 20 per cent of its pullout from America’s longest war. Last week, David Helvey, assistant secretary of defence for Indo-Pacific affairs, told Congress that Pakistan continues to allow US overflight in its airspace. “Pakistan has played an important role in Afghanistan. They supported the Afghan peace process. Pakistan also has allowed us to have overflight and access to be able to support our military presence in Afghanistan,” Mr Helvey told the Senate Armed Services Committee. Asked about post-withdrawal plans, Mr Helvey said the process was “ongoing”.“ We’re working to reposition our counter-terrorism capabilities, including by retaining assets in the region.” While Mr Biden’s plan to withdraw from Afghanistan has been criticised for increasing the risk of an Al Qaeda resurgence and a Taliban takeover in the country, it’s also being met with praise from progressive members of Congress looking to keep the focus on domestic issues. A total of 23 members of Congress sent a letter to Mr Biden on Friday commending the withdrawal, saying it could save US taxpayers $50 billion. The group is urging the White House to cut this amount from the US defence budget and spend it to “fund the American people’s needs”. The Pentagon says it has spent about $825bn on operations in Afghanistan. [Source: The National].

Rather than block all US attempts to stay in the region, the Pakistani government is exploring ways to help America’s retreat from Afghanistan. Since September 11, 2001, Pakistan’s leadership has extended all forms of support to America’s war against terror in Afghanistan and the Bajwa-Khan government is looking to continue this support, even though America has suffered its worst defeat.

Covid: China Hits Back as US Revisits Wuhan Lab-Leak Theory

US President Joe Biden has said he expects to release the results of an intelligence report on the origins of the virus. China’s foreign ministry accused the US of “political manipulation and blame shifting”. It has rejected any link between Covid-19 and a virus research lab in the Chinese city of Wuhan. Covid-19 was first detected in Wuhan in late 2019. Since then, more than 168 million cases have been confirmed worldwide and about 3.5 million deaths reported. Chinese officials linked early Covid cases to a seafood market in Wuhan, leading scientists to theorise that the virus had first passed to humans from animals. The World Health Organization (WHO) has said it is “extremely unlikely” that the virus spread from a lab leak, following a visit to Wuhan earlier this year to investigate the origins of the coronavirus outbreak. WHO virologist Marion Koopmans, who was part of that field visit, told the BBC that if the US authorities had any information they should share it. But recent US media reports have suggested growing evidence the virus could instead have emerged from a laboratory in China, perhaps through an accidental leak. In a statement on Wednesday, President Biden said he had asked for a report on the origins of Covid-19 after taking office, “including whether it emerged from human contact with an infected animal or from a laboratory accident”. On receiving it this month, he asked for “additional follow-up”. Mr Biden said the majority of the intelligence community had “coalesced” around those two scenarios, but “do not believe there is sufficient information to assess one to be more likely than the other”. He said he had now asked agencies to “redouble their efforts to collect and analyse information that could bring us closer to a definitive conclusion”. On Thursday, Mr Biden told reporters he planned to release the report “unless there’s something I’m unaware of”. Canadian Prime Minister Justin Trudeau then voiced his support for efforts made by the US and other countries to better understand the origins of the virus. Wednesday’s announcement angered Chinese officials. Foreign ministry spokesman Zhao Lijian said it showed the US “does not care about facts or truth, and has zero interest in a serious science-based study of origins”. “Their aim is to use the pandemic to pursue stigmatisation, political manipulation and blame shifting. They are being disrespectful to science, irresponsible to people’s lives and counter-productive to the concerted efforts to fight the virus,” he said. The spokesman also said US intelligence agencies had a “dark history” of spreading misinformation. A statement from the Chinese embassy in the US, which did not directly refer to Mr Biden’s order, said “smear campaigns and blame shifting are making a comeback”. [Source: BBC]

There appears to be no change in America’s China policy. Trump first touted the Wuhan Covid-19 theory to hide his failings, and Biden is using the same issue to put further pressure on China.