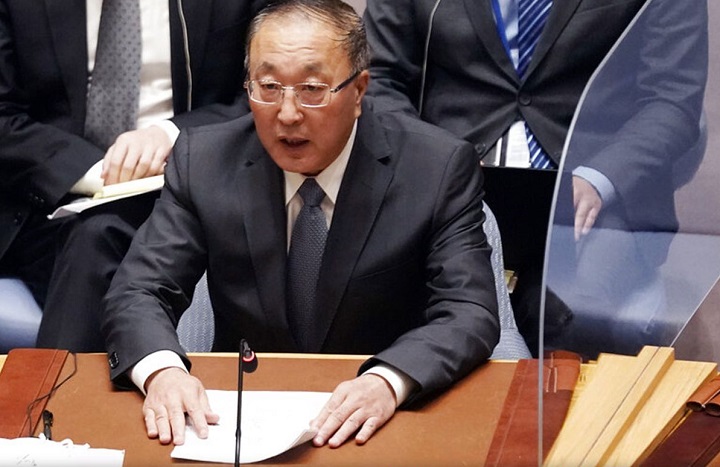 Russia Invades Ukraine: Rises in Prices of Bread, Meat, Diamonds and Gas for Europe and UK

Russia’s invasion of Ukraine will not only affect the eastern European nation but the UK will also feel repercussions. Boris Johnson said the invasion is a “catastrophe for our continent” after Russian tanks rolled into Ukraine on Thursday morning. The attacks may be in a country more than 1,000 miles away from the UK but the ramifications will be felt here as global commodity prices jumped towards multi-year highs over fears of sanctions and supply disruption. Less than 5% of the UK’s gas comes from Russia, with the rest coming from the North Sea and Norway as well as liquified natural gas from countries such as Qatar and the US. But as the rest of Europe is more reliant on Russian gas, which comes through Ukraine, if its pipelines are cut off other countries could be scrambling for gas which could cause a knock-on effect for UK supplies. Up to 50% of Germany’s gas is Russian. UK gas prices rose by more than 30% as Russia invaded while oil prices rose above $100 a barrel for the first time since 2014. Energy bills are already rising in the UK and across Europe and if less gas is available, that could push prices up even further.UK food prices could see an almost immediate hike as Ukraine and Russia export much of the world’s grain – and most of their ports have been shut down. Russia, the world’s largest wheat exporter, has put all ships on “stop” in the Azov Sea, where most grain is shipped from, a grain industry source said. Wheat and soybeans hit their highest prices since 2012 in the hours after Russia invaded, while corn jumped to an eight-month peak.The two countries were due to account for 29% of global wheat exports, 19% of world corn supplies and 80% of world sunflower oil exports this year. Wheat prices went up £15 a tonne in the hours after Russia invaded and are likely to increase even further to possible record highs. This will put up the price of flour and bread, as well as meat, dairy and eggs because wheat and corn used for animal feed have also increased. The UK and Europe are highly reliant on Russia for fertiliser for food and animal feed crops. While the UK mainly imports liquified natural gas (LNG) for energy from Russia, nitrogen fertiliser uses natural gas so with the rise in gas prices comes a rise in fertiliser prices. Belarus and Russia account for 38% of the world’s supply of potash – the mined and manufactured salts used in fertiliser – so if the UK cannot physically get fertiliser there could be fewer crops to harvest, which could push food prices up.  Farmers already experienced a more than 260% price rise by the end of last year so many have put off buying enough fertiliser to maintain crop yields this year. Russia is a major gold, aluminium, nickel, platinum, palladium, uranium and titanium producer, with prices of precious metals rising on the morning Russia invaded. “A protracted escalation could see gold rising to or above $2,000 per ounce in the short-term,” UBS analyst Giovanni Staunovo said. Russia is the world’s largest producer of nickel, used in the production of electric vehicle batteries, the world’s second largest producer of platinum and the world’s sixth-biggest producer of copper. If Russia is cut off from the UK through sanctions, this could have an effect on trade between Russia and the UK. The latest Office for National Statistics (ONS) data from 18 February shows Russia was the UK’s 19th largest trading partner in the 12 months up to October 2021 – accounting for 1.3% of total UK trade. In that same period, the UK exported £4.3bn of goods and services and imported £11.6bn from Russia. In 2020, the latest data shows there was £681 million of foreign direct investment in the UK from Russia. [Source: Sky News]

The economic fallout from the invasion of Ukraine is likely to impact the whole globe, but in particular the impact on Europe will be great. The global economy has never really recovered from the coronavirus, and fall out from Ukraine will raise inflation across the globe erasing living standards.

The Kremlin issued a brief statement, saying that the two leaders discussed the main aspects of bilateral cooperation and exchanged views on current regional topics, including developments in South Asia. In a handout, the Prime Minister’s Office (PMO) said that the two leaders held wide-ranging consultations on bilateral relations as well as regional and international issues of mutual interest. “​Recalling the telephone conversations during the recent months between the two leaders, the prime minister expressed confidence that the positive trajectory of bilateral relations will continue to move forward in the future,” the handout issued late on Thursday said. PM Imran expressed the hope that the trust and cordiality marking the relationship would translate into further deepening and broadening of mutual cooperation in diverse fields. He also reaffirmed the importance of the Pakistan Stream gas pipeline as a flagship economic project between the two countries and also discussed cooperation on prospective energy related projects. “The prime minister underscored Pakistan’s commitment to [forging] a long-term, multi-dimensional relationship with Russia,” the PMO said. During the meeting, PM Imran also underlined the need for addressing the humanitarian crisis in Afghanistan and preventing a potential economic meltdown in the war-torn country. “The prime minister reiterated that Pakistan would continue to work with the international community for a stable, peaceful and connected Afghanistan. In this regard, he underscored the ongoing cooperation and coordination between Pakistan and Russia at various international and regional fora, including the Shanghai Cooperation Organisation.” In regard to South Asia, the prime minister highlighted the human rights violations in Indian Illegally Occupied Jammu and Kashmir (IIOJK) and underscored the need for a peaceful resolution of the issue. “The prime minister also highlighted the developments detrimental to regional peace and stability and stressed the need for measures that would help keep the regional balance,” the statement said. According to the PMO, PM Imran “regretted” the latest situation between Russia and Ukraine and said that Pakistan had hoped “diplomacy could avert a military conflict”. “The prime minister stressed that conflict was not in anyone’s interest and that developing countries were always hit the hardest economically in case of conflict. He underlined Pakistan’s belief that disputes should be resolved through dialogue and diplomacy.​” The premier also expressed concern about rising extremism and Islamophobia in the country and stressed the need for interfaith harmony and coexistence. “Appreciating President Putin’s understanding of the respect and sensitivities that the Muslims attach to the Holy Prophet (Peace Be Upon Him), the prime minister said that interfaith harmony and respect for all religions was imperative for peace and harmony within and among societies,” the PMO said. After the meeting with Putin concluded, Russia’s Deputy Prime Minister Alexander Novak and Energy Minister Nikolay Shulginov called on the premier along with a delegation. [Source: Dawn]

Khan has allowed himself, once again to be exploited by foreign powers for international optics. This time Putin used the energy ruse to cement Khan’s visit while he is prosecuting a war in Ukraine.

China refused to condemn Russia’s attack on Ukraine, instead urging restraint by “all parties” and repeating criticism that the U.S. was to blame for “hyping” the prospect of war in Eastern Europe in recent days. Foreign Ministry spokeswoman Hua Chunying repeatedly sidestepped questions during a tense news briefing Thursday about whether Beijing considered Moscow’s military incursion into Ukrainian territory an invasion. Hua said that China “didn’t wish to see what happened in Ukraine,” adding that the sovereignty and territorial integrity of all countries must be protected. “The parties directly concerned should exercise restraint and prevent the situation from getting out of control,” Hua said. At the same time, she reiterated the need to address President Vladimir Putin’s “legitimate security concerns,” citing American arms sales to Kyiv. Hua highlighted Moscow’s assurances that cities wouldn’t be targeted, while saying that Russia was independent and could set strategy based on its own interests. “We have stated many times that the U.S. recently has been escalating tension and hyping up war,” Hua said. During a phone call with Russia’s Sergei Lavrov on Thursday, Chinese Foreign Minister Wang Yi said that China “understands Russia’s reasonable concerns on security issues,” according to a government statement. Wang also called for a “balanced, effective, and sustainable European security mechanism” to be formed through dialogue and negotiation. Putin’s attack has left Chinese President Xi Jinping with a difficult balancing act: Maintaining a united front with Moscow against the U.S. while avoiding a direct association with Putin’s destabilizing actions. Earlier this month, the Chinese leader backed Russia’s demand for binding security guarantees from the U.S. and NATO in the standoff — providing vital support for Putin. [Source: Bloomberg]

China may have refused to condemn Russia’s invasion of Ukraine, but close ties between erstwhile enemies remain elusive.