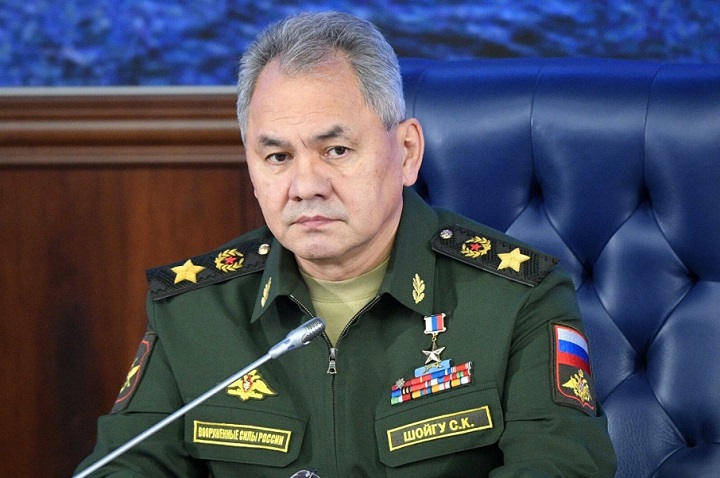 Headlines:
• Putin Accuses West of Coming with its Missiles to our Doorstep
• Pakistan has no Choice but to Remain Under IMF Programme
• China Accounting for Lowest Percentage of U.S. Imports since 2008

Putin Accuses West of Coming with its Missiles to Our Doorstep

Vladimir Putin has accused the west of “coming with its missiles to our doorstep” as he reiterated demands for no further Nato expansion in Europe. The Russian president did little to reduce tensions over Ukraine as he spoke at a televised press conference, saying he would be prepared to launch an intervention if he felt Ukraine or its western allies were preparing an attack on Russia’s proxies in the country. “They keep telling us: war, war, war,” Putin said on Thursday. “There is an impression that, maybe, they are preparing for the third military operation [in Ukraine] and give us a fair warning: do not intervene, do not protect these people but if you do intervene and protect them, there will be new sanctions. Perhaps, we should prepare for that.” Analysts have said Russia may be seeking a casus belli as it stations more than 100,000 soldiers, along with tanks and artillery, within striking distance of the Ukrainian border. The Russian defence minister, Sergei Shoigu, this week accused American mercenaries of transporting chemical weapons to the frontlines of the conflict zone, although he did not provide any evidence for the claim. There are few signs that Ukraine’s military is preparing an offensive in Donbass, where the frontlines have remained static for seven years. More than 14,000 people have died since fighting began in 2014. Putin said he did not want war with Ukraine but would seek new security guarantees from the west in upcoming talks with the US, reiterating his controversial demand that Nato’s eastern members remove troops and military installations that appeared after the countries’ accession to the alliance in 1997. “We have made it clear that Nato’s move to the east is unacceptable,” he said. “The United States is standing with missiles on our doorstep. Is it an excessive requirement not to install shock systems at our house? How would the Americans react if missiles were placed at the border with Canada or Mexico?” He once again expressed anger over Nato’s expansion since the fall of the Soviet Union in 1991, an issue that has become central to his growing antagonism with the west. [Source: The Guardian]

The West has been slowly applying pressure on Russia through NATO and EU expansion. Russia views an independent Ukraine as a red line, which will diminish its ability to project power into Europe and counter Western expansionism.

Pakistan has no Choice but to Remain Under IMF Programme

The managers of Pakistan’s economy are all set to communicate it to the country’s top leadership that the country doesn’t have an option but to remain under the existing International Monetary Fund (IMF) programme worth $6 billion Extended Fund Facility (EFF) to prevent a full-fledged economic disaster, The News reported Thursday. Owing to the rigid attitude of the IMF team, the economic team finds itself in a catch-22 situation and it was a first in Pakistan’s history that the country’s negotiators had to yield to the IMF’s conditions, i.e the parliamentary approval for the passage of two key bills, Tax Laws (Fourth) Amendment Bill and SBP’s Autonomy Bill, instead of presenting them before Parliament. Experts said it was difficult to accept how the IMF could impose its will on a sovereign country’s parliament. However, the officials who represented the Pakistan government in the talks said that the IMF imposed the condition that Pakistan seeks parliament approval as Prior Actions before placing its request for completion of the sixth review and release of $1 billion tranche before the Fund’s Executive Board, over a breach of trust when Islamabad couldn’t hold on to its commitment to present the SBP’s Autonomy Bill before Parliament. The official sources conceded that it was a wrong strategy for negotiation with the IMF staff because of which now the negotiators had landed in a catch-22 situation. But they were clear on one point: there was no other way but to fulfill the IMF condition for reviving the stalled Fund program. This scribe contacted Dr. Khaqan Najeeb, former economic adviser of the finance ministry, on Wednesday. He said the IMF programme completion is a matter of good negotiation, sound preparation, and deep data analysis. Any country should be able to suggest structural benchmarks, performance criteria and negotiate with them to the best of its advantage, he said. [Source: Geo TV]

IMF likes to convey the impression that countries seeking assistance voluntarily accept its structural adjustment programmes. However, in practice the IMF imposes its will on governments thereby undermining their economic sovereignty.

China Accounting for Lowest Percentage of U.S. Imports since 2008

China is accounting for a smaller percentage of U.S. imports than at any time since 2008, hit by a one-two — or, some would say, one-two-three — punch. Consequently, it is likely to finish as the nation’s third-ranked trade partner for the second time in three years, after finishing first in 2015, 2016, 2017, 2018 and 2020. The first punch was tariffs on some $350 billion in Chinese imports imposed by former President Donald Trump, tariffs which remain in place under President Biden. Trump’s initial complaint was persistent and massive U.S. trade deficits with China but went on to include theft of intellectual property and forced sharing of proprietary technology. The second punch was the global Covid-19 pandemic, which began in the spring of 2020. In international trade, that has led to numerous port and manufacturing plant closures in China, where the virus originated, as well as elsewhere. The third punch, and this one is according to murmurs in the trade community, is China masking what are essentially Chinese goods by either altering country of origin labeling or shifting some aspect of assembly, all to avoid those tariffs. As evidence, circumstantial though it might be, critics point to the fact that despite those massive tariffs, despite the decrease in U.S. imports from China, the nation’s overall imports are in record territory (and stuck in the water outside the twin ports of Los Angeles and Long Beach). It’s why I predicted in a post earlier this year, with just six month of data, that the U.S. trade deficit would almost certainly top $1 trillion for the first time in 2021. It also calls into question whether tariffs are effective. Despite the decline in U.S. imports from China, thanks to record U.S. exports to China, it will narrowly miss topping its all-time record for overall U.S. trade narrowly. Through the first 10 months of 2021, the most recent data available, U.S. exports to China topped $121.61 billion, $100 billion less than totals for either Mexico or Canada, but still an improvement of 38.75% over the 2019 total for the first 10 months, when Trump and President Xi Jinping were entangled in a tariff war that was engulfing U.S. soybeans, oil and other commodities — and neither had yet heard of Covid-19. [Source: Forbes]

It is obvious that the great decoupling is underway between the world’s two largest economic powers. It remains to be seen which country comes out on top. Yet the consumers will pay the steep price of the ongoing tariff increases, making it harder to stay afloat.