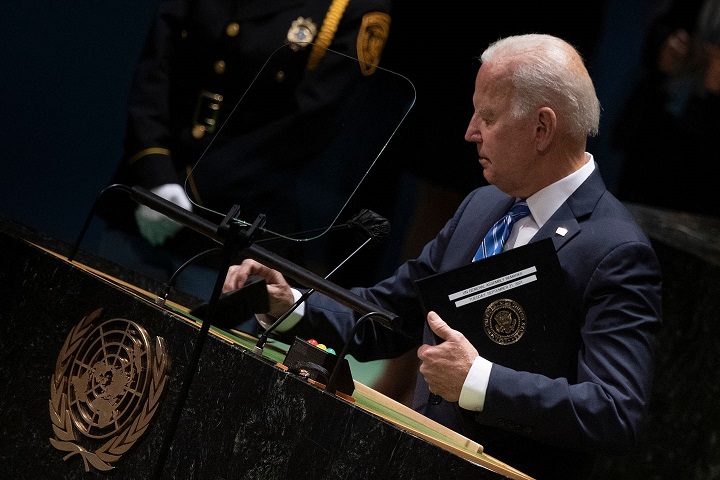 In his first address to the United Nations, US President Joe Biden urged global cooperation through “a decisive decade for our world”. His calls for unity come amid tensions with allies over the US Afghanistan withdrawal and a major diplomatic row with France over a submarine deal. Reaffirming his support for democracy and diplomacy, Mr Biden said: “We must work together like never before. Biden also stressed that the US is “not seeking a new Cold War or a world divided into rigid blocs”. The US, he said, “is ready to work with any nation that steps up and pursues peaceful resolution to shared challenges, even if we have intense disagreements in other areas.” After four years of Donald Trump’s America First, Biden’s speech attempted to show the US in a new light. But Joe Biden’s first appearance before the UN General Assembly as president looks to have been with a lot of scepticism after America’s Afghan departure.

Sudanese authorities confirmed a failed attempt to overthrow the country’s transitional government took place early Tuesday morning. Sudan’s Prime Minister Abdallah Hamdok addressed the attempted coup as “an extension of previous attempts” to overthrow the transitional government. “They tried to take advantage of the situation in different towns by closing the ports and the roads. They took advantage of the national crisis and tried to stop us from moving forward during this transitional period,” Hamdok said. Al Jazeera’s Hiba Morgan said the capital woke up to “what seemed like a pretty normal morning”, except that one of the bridges leading to Omdurman, the twin city of the capital, was blocked. “There were tanks on the bridge preventing civilians from crossing and there were questions from the people as to why there were tanks,” explained Morgan. “Then came the report that there was a failed coup attempt.” She added that officials have said the coup targeted an army arms depot, and potentially aimed to take over state television, the army headquarters, as well as attempts to dismiss the Council of Ministers and Sovereignty Council that compose the country’s transitional government. Sudan is currently ruled by a transitional government composed of both civilian and military representatives that was installed in the aftermath of al-Bashir’s overthrown. But deep political divisions and chronic economic problems have overshadowed the transition.