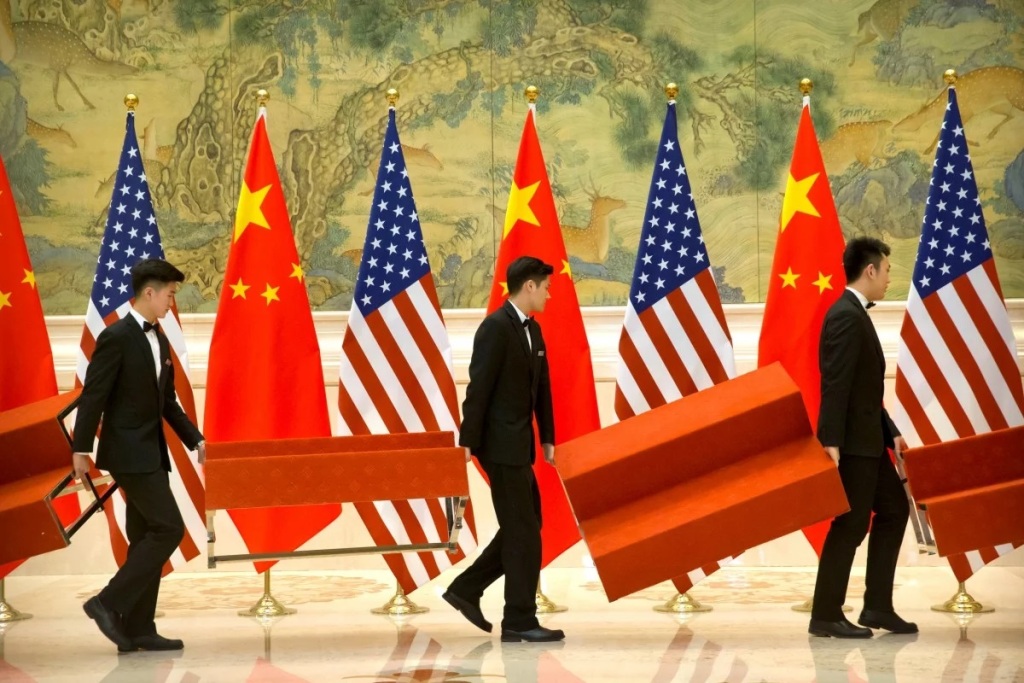 Can Trump Actually Stage a Coup and Stay in Office for a Second Term?

Joe Biden won the presidential election, a fact that Donald Trump and other Republicans refuse to acknowledge. There are worries the president and other Republicans will make every effort to stay in power. “There will be a smooth transition to a second Trump administration,” Mike Pompeo, the secretary of state, said last week. William Barr, the attorney general, has also authorized federal prosecutors to begin to investigate election irregularities, a move that prompted the head of the justice department’s election crimes unit to step down from his position and move to another role. On Tuesday, Trump fired Christopher Krebs, the director of the federal agency that vouched for the reliability of the 2020 election and had pushed back on the president’s baseless claims of voter fraud. Yet, despite all of Trump’s machinations, it is extremely unlikely he can find a way to stay in power or stage a coup. Here’s an explanation of why: Trump’s campaign has filed a slew of legally dubious suits since election day. The purpose of these suits appears not to be to actually overturn the election results, but to try to create uncertainty and draw out the counting process. Each state has its own deadlines for certifying election results that are then used to allocate its electoral college votes. In at least two states, Pennsylvania and Michigan, Trump’s campaign is seeking to block officials from certifying results. That certification timeline is important because federal law says that as long as election results are finalized by 8 December this year, the result is “conclusive”. That provides a safeguard against Congress, which is responsible for counting the electoral college votes, from second-guessing election results. By dragging out the process, the Trump campaign may be seeking to blow past that deadline and create more wiggle room to second-guess the results. Even if that is the Trump campaign’s hope, courts are unlikely to step in, Pildes said. “States are going to start certifying their vote totals beginning in less than 10 days, and there is no basis in the claims made thus far for the courts to stop that process,” he said. Michigan, Wisconsin, Pennsylvania and Nevada all have Democratic governors who would refuse to approve a set of Trump electors with the popular vote clearly showing Biden winning their state. Instead, they would submit the electors Biden is entitled to as the winner of the popular vote. It would then fall to Congress, which is charged with counting the votes from the electoral college, to decide what to do. The law that outlines the process for how Congress should handle a dispute in electors from a state is extremely confusing, but experts believe the slate backed by a state’s governor is the legally sound one. There is a rival theory that the president of the Senate, Mike Pence, could have control over the process. A dispute over electors between the US House and Senate is a worst-case scenario and the US supreme court would probably be asked to step in. Regardless of however long a dispute is, the constitution does set one final deadline. Even if counting is ongoing, the president and vice-president’s terms both end at noon on 20 January. At that point if there isn’t a final result in the race, the speaker of the House – probably Nancy Pelosi – would become the acting president. [Source: The Guardian]

America used to preach to other countries about fair and free elections and today America is increasingly looking like a banana republic, where the elite influences the outcome.

Prime Minister Imran Khan has said that the country is facing great pressure from the United States to recognise Israel, especially in the wake of peace deals between several Arab states and Tel Aviv, but this will not be possible “unless there is a just settlement, which satisfies Palestine”. The prime minister was quoted as making these remarks by the Middle East Eye (MEE) website — a portal with a focus on the region — in a report carried on Monday. MEE said Mr Khan made these remarks “last week” talking to “local media”.

The website quoted the prime minister as saying that pressure to recognise Israel was “extraordinary during the Trump stint”. Asked if any Muslim states were applying similar pressure on Pakistan, the PM appeared evasive, saying “there are things we cannot say. We have good relations with them”. Earlier this year the UAE, Bahrain and Sudan normalised relations with Israel, while reports in the media stated that the Trump administration was goading Saudi Arabia to do the same. Riyadh has so far not followed in the footsteps of its Gulf and Arab allies. In the MEE report, the PM reiterated Pakistan’s official line on the Palestine question, saying that “Islamabad would continue to follow in Jinnah’s footsteps vis-a-vis Palestine” meaning that unless there was justice for the Arab side, recognition of the Zionist state was off the table for Pakistan. [Source: Dawn]

It is very strange to find the debate about liberating Palestine to have shifted towards two options: Ignore the Jewish state’s brutal occupation of Palestine or recognize and legitimize the occupation!

Trump Launched a Trade War against China. Don’t Look to Biden to Reverse It

President Trump’s slash-and-burn rhetoric against China may have brought few lasting economic benefits so far, but it has succeeded in one fundamental way: No administration can now afford to play nice with the United States’ biggest rival. Trump made hostility toward China a centerpiece of his “America First” trade agenda, launching bitter attacks against Beijing’s policies and setting off a trade war by slapping tariffs on two-thirds of Chinese imports. All those attacks have changed the relationship between the two economic superpowers, according to experts. And although President-elect Joe Biden will likely set a more polite tone, he can ill afford to ease off on China as American attitudes toward trade and big global deals have soured in recent years. Meanwhile, skepticism toward China abounds in both parties, especially among the progressives who helped elect Biden. “I think the continued inflammatory rhetoric that President Trump has used toward China has basically made it impossible for any administration to immediately come in and change course,” says Chad Bown, senior fellow at the Peterson Institute for International Economics. But Trump, experts note, has successfully shifted the debate on China by repeatedly accusing Beijing of predatory policies that gutted American industries, even if few companies have relocated back to the United States. Meanwhile, years of job losses and factory closures have hardened public views about trade, especially in key electoral states such as Pennsylvania, Ohio and Michigan, according to Arthur Dong, a professor at Georgetown University’s McDonough School of Business. “Biden, I think, is well aware of that,” says Dong.The hostility toward China is shared by unions and left-wing groups that helped elect Biden and see previous Democratic support for trade agreements such as NAFTA as a betrayal. “I don’t think the 1990s-style Democratic Party is fit for today’s electorate or today’s economy, and I hope that Joe Biden appoints personnel around him who understand that,” says Waleed Shahid, spokesman for Justice Democrats, a progressive group tied to Rep. Alexandria Ocasio-Cortez of New York. [Source: NPR.org]

Despite the intense domestic disputes between Republicans and Democrats foreign policy priorities remain the same. Biden is likely to employ the same hardened stance adopted by Trump towards China.