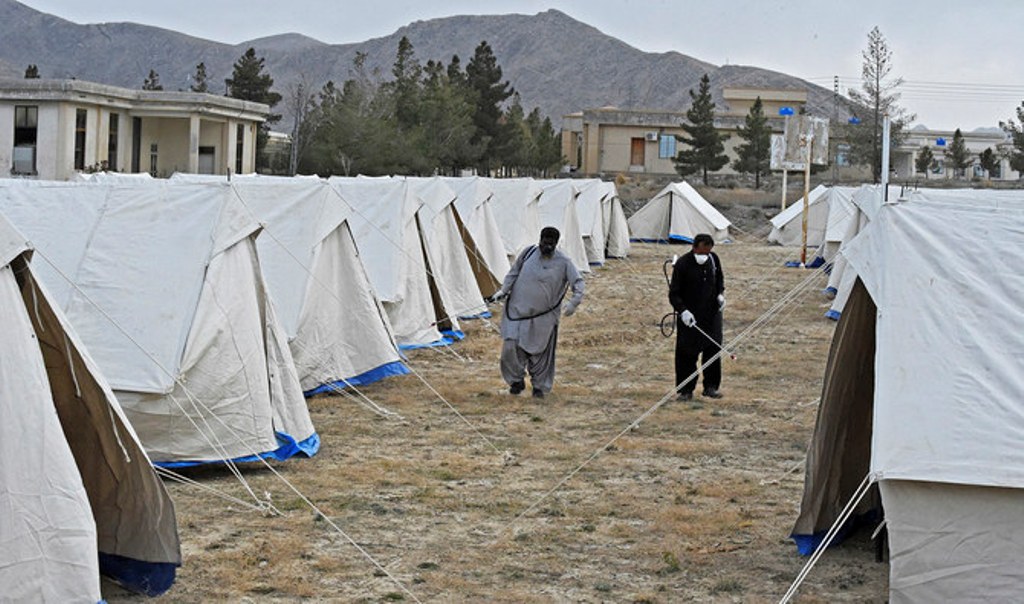 Echoes of the Great Depression? US Economy Could Post Biggest Contraction

The deepening coronavirus crisis is increasingly likely to hit the U.S. economy harder than at any time since the early stages of the Great Depression some 90 year ago. With many industries partly or even completely shutting down, the U.S. could post the biggest economic contraction since the government began keeping quarterly records shortly after World War Two.  The devastation could even rival some of the worst stretches in the early 1930s, when the whole world entered a prolonged slump. The U.S. economy shrank by an astonishing 13% in 1932 (the U.S. has annual GDP estimates for the 1930s). “The United States is facing what could become the most serious economic crisis since the Great Depression of the 1930s,” contended Rep. Don Beyer, a Democrat from Virginia who is vice chairman of the Joint Economic Committee in Congress. Wall Street forecasters have been slashing their estimates frenetically as the damage mounts. JP Morgan is the most pessimistic, predicting a stunning 14% annualized decline in gross domestic product in the three-month period running from April to June. The biggest recorded quarterly decline in modern U.S. history was 10% in the first three months of 1958 during a short, but steep recession. Some 2 million people lost their jobs in less than a year.Even during the worst of the 2007-2009 Great Recession, the biggest contraction in GDP was 8.4% during the 2008 fourth quarter.  Not far behind JP Morgan is Deutsche Bank, which predicts the economy will shrink 13% in the second quarter. Oxford Economics puts the decline at 12% and the loss of 1 million jobs. Capital Economics sees a 10% decline in GDP, TS Lombard 8.4% and Nationwide 8%. Economists are split on when the economy will start to rebound, but hardly any share the bullish talk of the Trump White House. President Trump vowed on Thursday the economy would take off like a “rocket” once the spread of the virus is under control.  His Treasury Secretary, Steven Mnuchin, also predicted on Thursday the economy will roar back with a “gigantic” fourth quarter, saying “we are going to kill this virus” and return to a “normal world.” The Trump administration is primed to pump more than $1 trillion in aid to businesses and consumers to try to help the economy weather the storm. Sales are plunging, layoffs are surging and the Dow Jones Industrial Average DJIA, has lost one-third of its value in just three weeks. Pakistan Coronavirus Camp: No Facilities, No Humanity. [Source:  Market Watch]

The West and in particular the US has run out of options to reset the economy.  Instruments such as low interest rates and quantitative easing have been in place since 2008 and the economy of Western countries have hardly grown. With the covid19 crisis, it is very unlikely these measures will work and the world will have to forge a new Bretons Woods agreement.

It was the smell that was the worst. In this dusty camp on Pakistan’s border with Iran, which at one stage held more than 6,000 people, the stench of sweat, rubbish and human excrement hung in the air. There was no real housing, just five people to a ragged tent, and no bathrooms, towels or blankets. The camp, in the town of Taftan in Balochistan province, was supposed to function as a sanitary quarantine location, preventing the spread of the coronavirus from Iran, which has had one of the worst outbreaks globally. Instead, according to Mohammed Bakir, who was held there for two weeks, it was no more than “a prison … the dirtiest place I have ever stayed in my life”. “These were the hardest days and nights of my life,” said Bakir. “We were treated like animals. There were no facilities but also no humanity and everything was in disarray. They were not prepared; there was nothing for us to sleep in except some dilapidated tents.” Thousands of people have been kept in close quarters in hot, squalid conditions in Taftan, with not even basic precautionary measures to prevent the spread of the virus. According to doctors at the camp, even those who presented with symptoms were not tested or even isolated, and there was a severe shortage of doctors and nurses. There was such a lack of medical facilities, the few doctors on site took to paying for necessary medicines themselves. Things got so bad that protests broke out among those quarantined. “Neither the quarantining service nor the testing procedure was satisfactory at all,” said one doctor, who asked not to be named. “In the first 20 days, many people had symptoms, but there was no testing at all. We had no testing facilities for three weeks. One child was sent to [a] hospital in Quetta, and he tested positive. But there was no isolation or testing for anyone else. “There were patients with diabetes, hepatitis and other diseases who were quarantined for 14 days without any proper medication. Their conditions were really bad there and they were treated like animals.” The border between Pakistan and Iran is more than 600 miles and movement between the two countries is extremely common, especially among minority Shia Muslims in Pakistan who travel to Iran on religious pilgrimages. It is also a crucial trade route. But over the past two weeks, it has become a hotbed of coronavirus, with infections going up by the dozen every day. There are 302 reported cases of coronavirus in Pakistan, the highest number of cases in south Asia. [Source: The Guardian]

The Khan government has failed on every issue it has confronted. Covid19 further exposes the incompetency of Khan’s government and the system it presides over. Hopefully, this will arouse the people of Pakistan to topple the government and the capitalist system in exchange for the Khilafah state (Caliphate).

In the last few weeks, China has donated coronavirus testing kits to Cambodia, sent planeloads of ventilators, masks and medics to Italy and France, pledged to help the Philippines, Spain and other countries, and deployed medics to Iran and Iraq. The Chinese president, Xi Jinping, has offered comforting words, telling the Spanish prime minister, Pedro Sánchez, that “sunshine comes after the storm”, and adding that the two countries should step up cooperation and exchanges after the outbreak. As the coronavirus outbreak spreads and countries struggle to respond, China has positioned itself as a leader and benefactor in public health, building the kind of soft power Beijing needs at a time of intensifying US-China rivalry and scrutiny of Chinese influence around the world. The coronavirus first emerged in the central Chinese city of Wuhan in December and threw the country into a state of emergency as more than 80,000 people were infected and more than 3,000 died. Public anger and criticism over the government’s initial suppression of information and slow response, enabling the virus to spread, posed one of the most serious threats to the Chinese leadership in decades. Experts say that, while these humanitarian efforts are real, they have political ends that deserve attention. In a phone call with the Italian prime minister, Giuseppe Conte, this week, Xi said he hoped to establish a “health silk road” as part of China’s global One Belt, One Road initiative, which has come under criticism from countries wary of expanding Chinese leverage and influence. “There is nothing wrong with China helping European and other countries, especially now that it has gained the upper hand in containing the coronavirus at home. But it is also clear that [Beijing] sees its aid as a propaganda tool,” said Noah Barkin, senior visiting fellow at the German Marshall Fund. [Source:  The Guardian]

China’s post covid19 recovery has enabled Beijing to forge new relationships with European countries, and this signals the demise of the American order in Europe.