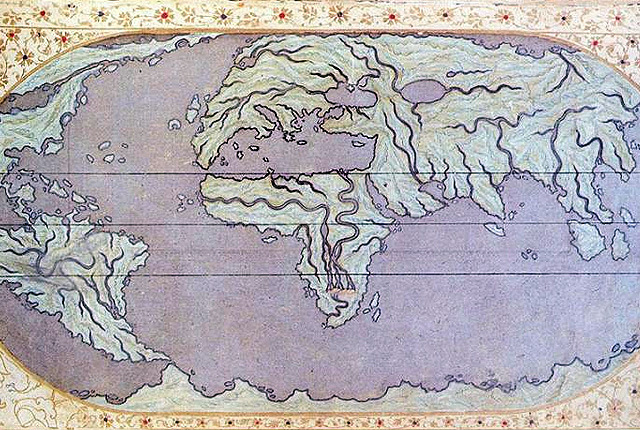 Speaking alongside the flag-draped coffin of a police officer killed in a terrorist attack in southern France, President Emmanuel Macron last month laid blame on “underground Islam­ism” and those who “indoctrinate on our soil and corrupt daily.”  The attack added further urgency to a project already in the works: Macron has embarked on a controversial quest to restructure Islam in France — with the goal of integration but also the prevention of radicalization. He has said that in the coming months he will announce “a blueprint for the whole organization” of Islam. And those trying to anticipate what that will look like are turning their attention to Hakim El Karoui, a leading voice on how Islamic traditions fit within French culture. It is hard to miss that the man who appears to have Macron’s ear on this most sensitive of subjects cuts a similar figure. Like the president, El Karoui is an ex-Rothschild investment banker with an elite social pedigree who favors well-tailored suits, crisp white shirts and the lofty province of big ideas.  The latest of those ideas is this — that the best way to integrate Islam within French society is to promote a version of the religion “practiced in peace by believers who will not have the need to loudly proclaim their faith.” But if El Karoui is the model for how Macron envisions merging Islamic traditions and French values, the effort may end up stumbling along a rough road. “He’s disconnected from everyday Muslims, and he has legitimacy on the question only because he happens to be named Hakim El Karoui, and that’s it,” said Yasser Louati, a French civil liberties advocate and Muslim community organizer. The son of a Tunisian Muslim father and a French Protestant mother, as well as a nephew of a former Tunisian prime minister, El Karoui identifies himself as a French Muslim. But he is not overtly religious. El Karoui is in many ways the embodiment of the modern French elite — for some Muslims, perhaps too much so. In line with the strict interpretation of French secularism known as ­“laïcité,” he opposes religious displays such as the veil, which he sees as a political tool that reinforces inequality between men and women and therefore runs counter to the core French value of “égalité.” “We made a strategic error in the past, when it was decided that Muslims were foreigners and that Islam should therefore be funded by foreign states,” El Karoui said in an interview at his Paris office. He noted that Islam is the second-most-practiced religion in France and that the vast majority of Muslims in France, about 75 percent, are French-born. And yet money from Algeria, Morocco and Turkey supports the vast majority of French mosques and imams. “The idea of foreign financing has become completely insane,” he said. He proposes funding French Muslim communal life through several domestic sources instead. [Source: Washington Post]

France’s efforts to spearhead Islamic reformation through dubious Muslims is going to fail like all other endeavors taken thus far by Western governments. The West is eager to conceal the failings of its own liberal values, which is tearing apart Western societies and is looking for an escape goat in Islam to divert attention.

A senior official of the Trump administration has confirmed that Pakistani diplomats cannot move freely in the US without seeking permission from relevant authorities in the State Department. In an interview with Voice of America’s Uzbek service, Under Secretary of State for Political Affairs Thomas Shannon said this restriction was placed in response to the same conditions Islamabad has imposed on US diplomats in Pakistan. Shannon stressed that this is nothing new and such steps are routine matters. Some media reports earlier this month suggested that Pakistani diplomats in US were told to seek permission before they travel beyond certain limits.  The Foreign Office and US Embassy in Islamabad denied such reports but the Trump administration recently communicated to the Pakistani government that its diplomats stationed here could face restrictions in their travel movement if similar limitations on American diplomats in Pakistan are not eased up. The official told Geo News, requesting anonymity, that the warning came out a few weeks ago and the two sides have been discussing the proposal and its possible outcome since then. The official also insisted that the warning had nothing to do with the fatal road accident last week when a Pakistani citizen was killed by a US diplomat. [Source: Geo News]

Haven’t the Pakistani rulers learned anything from the Raymond Davis affair? US diplomats can kill Pakistani citizens with impunity and then escape the country. Imposing restrictions on US diplomats is no solution. Pakistan must sever all ties with the US, re-establish the Khilafah (Caliphate) upon the method of the Prophethood and only then will it find solace in Islam.

Throughout history, Japan has been the distant, mysterious “world’s end” for travellers, mapmakers, traders, and scholars in different parts of the world. For some, this made Japan a place they were keenly interested in learning about and visiting (or, at least in one case, attempting to conquer). For many—including many of the Japanese themselves—Japan’s “splendid isolation” was a reason for the world to instead focus on nations that were easier to reach and more open to engagement. Muslims were no exception to this. Despite the fact that Islam spread and thrived on the nearby Chinese mainland and in Southeast Asia for centuries, it wasn’t until the late 19th century that the Muslims and Japanese expressed any real interest in each other. Of course, Muslims had heard of “al-Yaban” (or “Chapun”), and the island first appeared on a Muslim-made map in 1430 as part of the work of a Persian scholar, Hafiz-i Abru, on the Far East. In the 17th century, an Ottoman historian described the Japanese (or people of “Caponya”) as people who “love to take cold baths and have high morals”. The Japanese probably had similarly basic ideas about Muslims, and they may have briefly encountered Muslim traders or diplomats over the centuries as well. The possibility of individual Muslims settling down in Japan in this period can’t be ruled out either. However, in the late 19th century, two parallel trends suddenly piqued the interest of the Muslims and Japanese for each other: 1) European imperialism in the Muslim world, and 2) the sudden emergence of Japan as a modern, independent nation that could hold its own against the predatory European powers. Recognizing this, Sultan Abdülhamid II of the Ottoman Empire—the only Muslim state still in control of its foreign affairs—sent the imperial warship Ertugrul to Japan in 1889, loaded with 609 Ottoman sailors and gifts for Emperor Meiji (r. 1867-1912), whose brother had visited Istanbul two years earlier. The Ertugrul made it to Japan, where its crew was welcomed with great hospitality. On the return voyage in 1890, the ship was hit by a typhoon in southern Japan and all but 69 of its crew perished. Despite the tragic ending, the goodwill mission established a positive relationship between the Ottoman Empire and “the rising star of the East”. Two years later, in 1892, Yamada Torajiro arrived in Istanbul. A young and well-educated man, he had organized a fundraising campaign in major cities in Japan to collect money for the families of the Ottoman sailors who had perished. The response was so incredible that the Japanese government asked Yamada to personally take the amount (equivalent to nearly USD $100M today) to Istanbul. Yamada visited Egypt along the way, and after finishing his mission in Istanbul he decided to settle down there for the next 20 years, doing everything he could to foster Japanese-Ottoman political and cultural relations. Meanwhile, the Japanese themselves had been taking some initiatives as well. In 1451, a Japanese envoy to China’s Ming dynasty had met a delegation of Hui (ethnic Chinese) Muslims, who gifted him 20 horses. However, the development of Japanese-Muslim relations was very slow. In 1715, a Tokugawa scholar named Arai Hakuseki published a book in which he discussed Islam; several other works described a Muslim-majority world in detail. In the late 1870s, a book on the life of Prophet Muhammad (s) was translated into Japanese. It was only in 1920 – after the sudden influx of about 600 Muslim immigrants from Central Asia into Japan during WWI – that the first translation of the Qur’an into Japanese was published by a Buddhist scholar, Sakamoto. Japan’s first mosque was built in 1905 by Russian prisoners-of-war in Japanese captivity. Another mosque was built in 1914 (and rebuilt in 1935) in Kobe by Indian and Arab businessmen. In 1938, a mosque opened in Tokyo as well, complete with an Islamic school, printing office, and magazine. The grand opening was attended by dignitaries from Egypt, Saudi Arabia, and Yemen. Meanwhile, new translations of the Qur’an into Japanese continued to appear in the following decades, and over 100 books and journals were published in Japan between 1935 and 1943. Today, the Muslim minority in Japan faces many challenges. However, this is to be expected – Islam arrived at “world’s end” relatively late, but the community is active, growing, and increasingly in touch with Muslims around the globe. For many parts of the world, the arrival of Islam is distant history; for the Japanese, it is history in the making. [MySalaam.Com]

Much of the Islamic history has been lost during the age of colonization and its aftermath. It is incumbent on Muslims to rediscover their glorious heritage by reexamining history to discover that Islam ruled the world for 1200 years and Europe was a distant rival. All the while forming new connections with the “world’s end”, Japan.