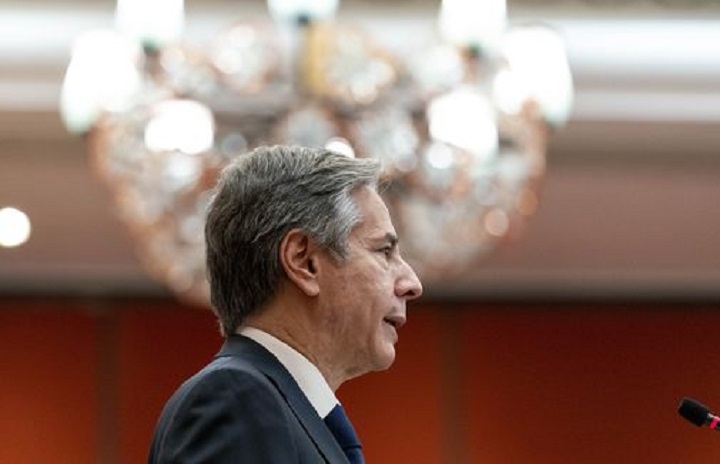 As expected, the central bank cut rates by another 100bps, which sent the lira plummeting to a new record low. On Wednesday, Turkish President Recep Tayyip Erdogan repeated his constant fight against high-interest rates and serious levels of inflation. “As long as I am holding this job, I will continue my fight against interest rates and inflation until the end. I cannot walk with those who defend interest rates,” he said during his parliamentary group meeting on Wednesday. The audience, except for the Minister of Finance and Treasury Lutfi Elvan, passionately applauded his speech. But the lira is likely to continue its freefall and another abatement is likely in December, experts said. Following the decision, the value of Turkey’s lira has fallen by 4 percent, hitting 11 against the US dollar for the first time in Turkish history. The currency lost its value by more than 30 percent this year. Nikolay Markov, senior economist at Pictet Asset Management in Switzerland, told Arab News. “However, the elevated borrowing costs have indeed led to a slowdown in credit growth and along with the elevated inflation environment are constraining consumer spending growth prospects.” Turkey is the only country where the central bank has started easing monetary policy against the backdrop of persistently rising inflation and inflation expectations, he said. “This reflects the political pressure coming from the president on the central bank to reduce borrowing costs in order to boost private sector credit growth — a key pillar of its economic growth model — and to revive the economic growth momentum,” Markov said. However, for Markov, the price to pay for this time-inconsistent and suboptimal monetary policy is a persistent lira depreciation, which acts as the main shock absorbing variable. “The ongoing depreciation of the lira leads to a further increase in imported inflation, to higher producer prices inflation, all of them feeding into higher domestic consumer price index inflation that requires a tighter monetary policy,” he said. “As the central bank is cutting rates, it amplifies the negative feedback spiral between lira depreciation, higher imported inflation triggering further lira depreciation and a further increase in imported inflation which becomes an ever ending-process.” Economists said the situation is particularly worrisome and underlined that an upward revision in the projected inflation one year ahead will be required because lower rates and a weakening lira would aggravate inflation rates by pushing up the prices of imported goods. “Turkey is a net debtor, and is therefore heavily dependent on foreign investors to fund its current account deficit,” Markov said. “The inability of the central bank to take the right policy decisions is doing more harm than good to the economy. It may spark a further loss of confidence among foreign investors, which is bringing Turkey closer and closer to a full-blown balance of payments crisis.” In the meantime, the decision is expected to impact the purchasing power of Turkish citizens as the minimum wage plummeted to 255 dollars in today’s currency. Food inflation rates have already skyrocketed and reached almost 20 percent in October as the supermarkets in Turkey began food rationing for basic goods, including olive oil and sugar. [Source: Arab News]

Tinkering with capitalist economic monetary policy will only harm Turkey further. Erdogan will not be able to sustain growth unless he abandons fiat money and returns to the gold standard.

US Secretary of State Antony J. Blinken on Wednesday redesignated Pakistan as a country of particular concern (CPC) for violating religious freedom and also rebranded the Taliban as an entity of particular concern. The Trump administration first placed Pakistan on this list in December 2018 and retained it in 2020 as well. The Biden administration, which came to power in January this year, has retained the old list with two changes, adding Russia and removing Sudan from the CPC category. Countries are listed in this category for allegedly engaging in or tolerating “systematic, ongoing, (and) egregious violations of religious freedom”. “I am designating Burma, China, Eritrea, Iran, the DPRK, Pakistan, Russia, Saudi Arabia, Tajikistan, and Turkmenistan as Countries of Particular Concern for having engaged in or tolerated systematic, ongoing and egregious violations of religious freedom,” Secretary Blinken said in a statement issued by his office. “I am also placing Algeria, Comoros, Cuba, and Nicaragua on a Special Watch List for governments that have engaged in or tolerated severe violations of religious freedom,” he added. Secretary Blinken also designated al-Shabab, Boko Haram, Hayat Tahrir al-Sham, the Houthis, ISIS, ISIS-Greater Sahara, ISIS-West Africa, Jamaat Nasr al-Islam wal-Muslimin, and the Taliban as Entities of Particular Concern. Each year the Secretary of State identifies governments and non-state actors, who, he believes, merit designation under the US International Religious Freedom Act. “We will continue to press all governments to remedy shortcomings in their laws and practices and to promote accountability for those responsible for abuses,” Mr Blinken said. [Source: Dawn]

At home white Christian supremacists are lynching black Christians and also making it difficult for Muslims to practice their faith. Why does not Blinken put America on the CPC list? The duplicity of America on religious freedom is on full trial before the world to see and judge.

The world is headed for a “very dangerous place” if Washington and Beijing are unable to stabilize their relationship, former U.S. Treasury Secretary Hank Paulson said in a speech on the second day of the Bloomberg New Economy Forum in Singapore. The blunt warning comes just days after President Joe Biden and his Chinese counterpart Xi Jinping held their first virtual summit, signaling a tentative effort to put a floor under ties between the two countries. While those talks were a step in the right direction, one meeting alone won’t resolve the tensions between the world’s largest economies, Paulson warned. “We need more certainty around how the U.S. and China are going to compete, where we’re going to cooperate, and how we’re going to manage conflict. Otherwise the world is heading for a very dangerous place,” he said. “We shouldn’t dismiss what a failure to do so might mean for the world,” Paulson said. “Great powers rarely desire to go to war. But history is replete with horrifying examples of how they stumbled into it, nonetheless. We can’t just count on cool heads and better angels.” In his speech, Paulson — who in 2018 warned of an “Economic Iron Curtain” dividing the world — said mechanisms are needed to avoid partial decoupling between the two economies that would lead to a crisis. “Wholesale financial decoupling is impossible, and partial decoupling is likely to make the United States, China and the world more susceptible to financial crises,” said Paulson, who was Chief Executive Officer of Goldman Sachs Group Inc. before becoming Treasury Secretary in 2006. Separating from China would also weaken the U.S. as a global leader and hurt the competitiveness of American firms. “We need my friend and successor, Secretary Janet Yellen, to continue her communication with Vice Premier Liu He aimed toward transparency, greater harmonization, and coordination of financial regulations and accounting principles,” he said. [Source: Bloomberg]

Despite America’s supremacy in the Asian Pacific and its strategy of containment, the US is still anxious about China’s ascendency. Thinkers in the US are beginning to question the implications of confronting China and whether the US could effectively counter China.