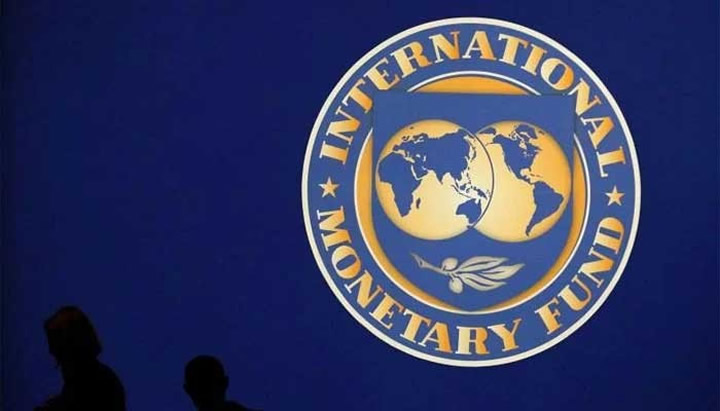 In a region where respect, or the lack of it, is as powerful as a physical punch, President Joe Biden’s press secretary just landed a sharp jab on the jaw of Saudi Arabia’s heir apparent. When answering a question Tuesday about when Biden would talk to the desert kingdom’s Crown Prince Mohammed bin Salman, known as MBS, Press Secretary Jen Psaki replied: “We’ve made clear from the beginning that we’re going to recalibrate our relationship with Saudi Arabia.” “And part of that is going back to engagement, counterpart to counterpart. The President’s counterpart is King Salman, and I expect that, in appropriate time, he would have a conversation with him. I don’t have a prediction of the timeline on that.” Whether strict protocol or intended diminution of MBS’s ranking, the move reflects Biden’s public disapproval of the ruler in waiting whom the CIA concluded would have known of plans that resulted in the killing of Washington Post columnist Jamal Khashoggi in October 2018. On the campaign trail, Biden said he would treat Saudi Arabia as a “pariah.” His NSA pick, Avril Haines, says she will make public a report on Khashoggi’s brutal murder at the hands of Saudi agents inside the Saudi consulate in Istanbul, Turkey. Psaki may have also been diplomatically indicating an end to the cozy and corner-cutting relationship which MBS enjoyed under former President Donald Trump. The unpredictable prince often bypassed the State Department through phone calls and dinners with Jared Kushner, Trump’s son-in-law and special adviser on the Middle East. That MBS has been put on notice so publicly will be an embarrassment he can’t hide, but it doesn’t mean he won’t be in on Biden’s calls with the King.MBS is the power behind the monarchy and the vision shaping the country’s future. To assume that MBS won’t know what Biden says to the King or won’t help shape replies would be an underestimation of his sway. Several Saudi sources have recently indicated all remains well in the long term US-Saudi relationship. Indeed, well-placed insiders speaking several months ago said they anticipated they’d hit a rough patch once Biden got to the White House, but expect to recover after that. [Source: CNN]

As ever Saudi Arabia’s security is contingent on American fire power.  Biden is looking to recalibrate US policy with Saudi Arabia by curbing the power of MBS, and setting a new agenda for the Saudi regime. In short, nothing has changed. America uses the rulers of the Muslim world as disposal tissues. Once used they are discarded,
but American interests remain unchanged.

With a staff-level agreement between the government and the IMF staff, Pakistan is now set to re-enter the programme that was suspended in April because of the coronavirus. Although the Fund statement released at the moment carries only broad pointers of what is to come, one thing is quite clear: it is the poor and the unemployed who will have to bear the brunt of the inevitable adjustment that the government would need to implement. We do not have to see the detailed programme to know this. Our experience from a dozen other IMF programmes over the past three decades tells us that this is how it has always worked. The re-entry into the programme begs an important question. Since the government has been telling the people for a number of months now that the economy is on the right track and that the foreign exchange reserves are improving and the current account is in surplus, what exactly is the need to re-enter the programme? The IMF should be seen as the ICU of economies, a place where countries go when they are facing a severe crisis. So the act of re-entering the Fund programme at a time when the government’s ministers are regularly reminding us that the economy is improving and growth picking up appears contradictory, and this question needs to be answered by those managing the economy. However, the biggest area of concern now is how the poor, the middle classes and the unemployed will fare. Every Fund programme has come with a string of price increases in essential utilities, and the language of the recent Fund statement points in the same direction this time as well. It has become the norm in recent years for IMF statements to include sentences urging greater care for the poor to shield them from the impact of the adjustment, but it has mostly been left up to the government of the day to implement this. More often than not, governments here have resorted to making rhetorical promises of support for the poor even as they passed through large hikes in power and fuel tariffs, and dropped people into unemployment from government payrolls. The current set-up is keen to be seen as championing the cause of the poor, so it has an added responsibility of ensuring that it actually meets this standard. The statement also says very little about structural reforms, which are the key to sustainable growth. Aside from some changes in the Nepra, Ogra and State Bank Acts, there is no mention of any meaningful reforms to broaden the tax base or improve competitiveness. Adjustment without reform has never worked to the country’s advantage, and neither the Fund nor the government should try to put a shine on an agreement that skirts this critical question. [Source: Dawn Editorial]

Lately Imran has bragged about Pakistan’s economy doing well, however, the reality is that he is again going back to the IMF with the same begging bowl as his predecessors.

U.S. Secretary of State Antony Blinken will meet virtually with his counterparts from Japan, Australia and India in the “Quad” framework, a grouping seen as part of efforts to balance China’s growing military and economic power. The meeting, announced by State Department spokesman Ned Price at a regular briefing on Wednesday, will be the first of the informal group under the Biden administration that took office on Jan. 20, although it has discussed its future role in bilateral calls with members since then. “This discussion with the Quad foreign ministers is critical to advancing our shared goals in the free and open Indo-Pacific and rising to the defining challenges of our time, including coordinating our efforts and COVID-19 response, as well as climate change,” Price said. Blinken will also discuss shared global challenges with counterparts from France, Germany and the UK in a separate call on Thursday, Price said. President Joe Biden has said working closely with allies will be key to his strategy toward China, in which he has said the United States will aim to “out-compete” Beijing. Biden and Indian Prime Minister Narendra Modi agreed in a telephone call last week to strengthen Indo-Pacific security through the Quad. Japan hosted an in-person meeting of Quad foreign ministers in October and the four countries the following month held their largest joint naval exercises in over a decade. [Source: Reuters]

The US is wasting no time in mobilizing its assets to contain China. The Quad is one of the most important pillars of American strategy to counter China’s ascendency in the Asian Pacific. There is unlikely to be a major shift in US strategy from Trump to Biden—expect more of the same.