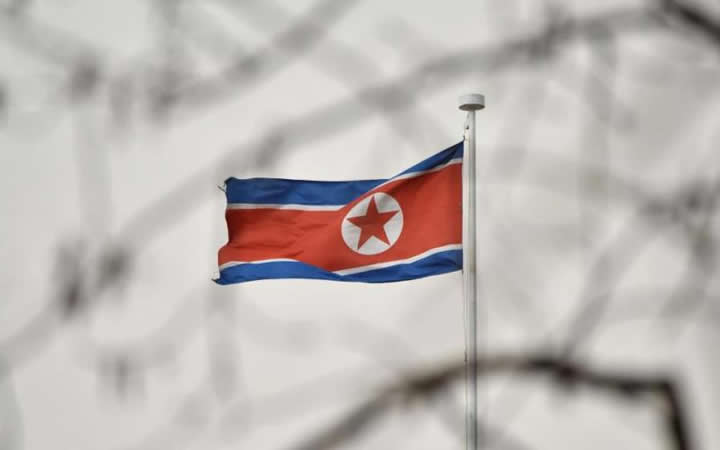 Details:
US reached out to North Korea, with no Response
Jordanians Back on the Streets After Hospital Deaths
US Remains Global Arms Supplier
UK Defence Review
Biden is Continuing Trump’s US-China Policy
Syria, Pakistan and Sri Lanka, Afghanistan

US reached out to North Korea, with no Response

US government officials have confirmed the Biden administration made multiple attempts to reach out to North Korea since the middle of February. “To reduce the risks of escalation, we reached out to the North Korean government through several channels starting in mid-February, including in New York,” the official said. “To date, we have not received any response from Pyongyang. This follows over a year without active dialogue with North Korea, despite multiple attempts by the US to engage.” South Korea’s Unification Ministry confirmed that the US government consulted with Seoul prior to reaching out. The US is also coordinating with Japan on North Korea. The new US administration is finding the post Trump situation difficult to traverse and many in the world just do not view the US the way they use to. With the Taliban and now the North Korea regime as well as the Iranian regime all dragging their feet to get better deals we are trolley entering into a unique period where the global superpower is not being treated as one.

Jordanians Back on the Streets After Hospital Deaths

An investigation has begun into the deaths of a number COVID patients who recently died after a government hospital in the town of As-Salt suddenly ran out of oxygen supplies. In response to the hospital deaths, several hundred Jordanians took to the streets of Ma’an, Aqaba, Tafila and Amman. The protests morphed into anti-government anti-lockdown demonstrations as many vented their frustration at the regime. Jordan has for long been the mismanagement by its monarch who used the dissolution of government to usually deflect attention. But with unemployment at 25% and the economic crisis due to lockdowns the monarchy is once again facing its own people who have long suffered under its incompetent leadership.

The Stockholm International Peace Research Institute (SIPRI) recently published its report on global defence and has found from 2016 to 2020, the US increased its dominance in the global weapons market, providing 37% of the arms sold. US arms exports grew by 15% from 2016 to 2020 compared to the previous five-year period. Washington provided 96 states with weapons. The nations in the Middle East accounted for nearly 50% of the US’s overall arms sales. Saudi Arabia was America’s top customer. This number reflects the Saudi involvement in Yemen. Besides being Washington’s top customer, Riyadh was also the number one arms importer for the time period. The top five importers were Saudi Arabia, India, Egypt, Australia, and China. Military sales are a key tool the US used to achieve its foreign policy goals.

The UK released its defence review which plans to expand British forces into the Indo-Pacific region to counter China and maintain strong ties with the US. The new document that is part of the UK’s review of its policies after exiting the European Union. As part of its new focus on Asia, the UK is deploying the aircraft carrier HMS Queen Elizabeth to the Indian Ocean in May. The carrier is expected to make a passage through the disputed South China Sea, where the US frequently sails warships to challenge Beijing’s claims. The UK will also be reversing its reduction of nuclear warheads and has raised the prospect of a nuclear response to chemical, biological or even cyber threats. The review took place in the contest of the UK leaving the EU and attempts to create the perception of a string UK on global affairs. But the truth is the UK doesn’t possess the capabilities to play a large global role and now relies upon its relations with the US and its handful of agent rulers to stay in the game.

As senior officials of the administration of US President Joe Biden have their first meeting with their Chinese counterparts in Alaska in this coming week, it is unlikely that this meeting will bring a radical change in US foreign policy towards China. Those who have awareness of the reality of international politics know that American foreign policy does not change from one administration to the next; only the approach to executing it changes in accordance with the personal style of the president and his senior team, and the party to which they belong. Otherwise, US foreign policy follows established plans upon which a broad consensus exists within the American establishment, these plans being determined by America’s ideological imperatives and the contemporary reality it finds itself in. The US policy towards China is a clear example of this, following not Biden’s personal wishes but US establishment foreign policy thinking. Commenting on the upcoming Alaska meeting, US Secretary of State said, in testimony on Wednesday before the US House Foreign Affairs Committee, that it was “an important opportunity for us to lay out in very frank terms the many concerns that we have with Beijing’s actions”.

On Friday, Biden gave a clear signal of the continuity of American foreign policy towards China, by participating in a virtual meeting of the Indo-Pacific alliance known as the Quadrilateral Security Dialogue (or ‘Quad’) comprising the US, Japan, India and Australia. The superficial speculated about whether Biden would continue this Trump initiative but it was evidently designed not by Trump but by the American establishment to counter Chinese power in the region. The original Quad was launched in 2007 but only survived six months after the resignation of its Japanese founder Prime Minister Shinzo Abe due to ill health; at that time both India and Australia were dominated by pro-British governments. However, it was revived under President Trump in 2017 with Shinzo Abe back as Japanese Prime Minister and with pro-American governments in both India and Australia. There is a distinction between American and British policies towards China in the Indo-Pacific region. Britain has traditionally been keen to keep its former colonies at a formal distance from China, in order to be able to continue to secure their power, wealth and resources for British benefit. On the other hand, America has generally tried to push regional countries to engage with China so as to use these relationships as a means to influence Chinese policy, through either collaboration or confrontation. On 29 January 2021, Biden’s National Security Advisor Jake Sullivan said of the Quad: “We really want to carry forward and build on that format, that mechanism, which we see as fundamental, a foundation upon which to build substantial American policy in the Indo-Pacific region.”

It is the continual competition between the great powers, including between Western powers, that creates the international political space for the emergence of a new power. Nothing stands in the way of Muslims re-establishing the righteous Islamic Khilafah (Caliphate) State on the method of the Prophet (saw), which shall almost from its inception join the ranks of the great powers as a consequence of its immense size, population, resources, location and ideology.

As Syria marks the ten-year anniversary of its revolution, American policy towards Syria remains unchanged. US State Department spokesman Ned Price said of Syrian President Bashar al-Assad on Wednesday, “He has done absolutely nothing to regain the legitimacy that he has lost through the brutal treatment of his own people. There is no question of the US normalising relations with his government anytime soon.” Such a statement superficially suggests that America is opposed to the Syrian regime but, in reality, it is America that has been supporting it as evident in another statement that Price made, saying, “There is no question that we will stand – that we will seek to support the humanitarian plight of the Syrian people as we seek a political settlement that would end their suffering.” In other words, America will be working to rehabilitate the Syrian regime internationally, despite acknowledging its tyrannical brutality towards its own people. Indeed, this brutality was carried out in the service of the US, as America was terrified of the implications of the Syrian Revolution for the entire region. Dr Henry Kissinger, for example, called attention to it in his 2014 book, World Order, as a potential trigger that could unravel the entire international order that the West had established on the model of the Westphalian settlement in Europe. But in truth America failed to crush the revolution and it still simmers within the people of Syria waiting for sincere leadership that it can rally around that will lead the people of Syria and the Muslim world in general to a new future.

The last item on the minds of the rulers of Muslim countries today is the concerns of Muslims in other countries. Pakistani Prime Minister Imran Khan visited Sri Lanka last month but his visit appears only to have only encouraged the Sri Lankan government in their audacious treatment of Muslims, just as his multiple visits to China only serve to encourage the Chinese in their vicious oppression of the Muslims of East Turkestan in what the Chinese call the Xinjiang province. After achieving a crushingly brutal defeat of the minority Tamil community in Sri Lanka, the Sinhalese government has turned against the minority Muslim community on the island. During the Covid-19 crisis, the government announced the forced cremation of Muslim bodies in direct contravention to the well-known Shar’i requirement to bury the dead. Now, on Friday, Minister for Public Security Sarath Weerasekera, in imitation of Western countries, announced banning face coverings for Muslim women. “In our early days Muslim women and girls never wore the burqa,” he said. “It is a sign of religious extremism that came about recently. We are definitely going to ban it.” Additionally, he announced banning over a thousand Islamic schools. “Nobody can open a school and teach whatever you want to the children,” he said. With Allah’s permission, Muslims shall soon establish their state and appoint rulers who will stand foremost for Islam, upholding the rights of Muslims everywhere.

The US puppet regime in Kabul has said that it will attend both upcoming peace conferences on the Afghan situation, one backed by Russia this next week and the other backed by the US and expected to be held in Turkey next month. In fact, both conferences are being held at US direction, as America is desperate for a solution that will enable it to maintain dominance over Afghanistan. The mujahideen forces in the country have captured the greater part of the country, and the Kabul regime is mostly left with control over key cities and interconnecting highways. America had been unable to take the entire country despite using overwhelming force. Even the areas that America captured were not because of its own abilities but because of Pakistan, which borders directly on Afghanistan and has strong historical and current links into Afghanistan. This is not because of mismanagement on the part of America but simply because of the nature of power dynamics. America is certainly the world’s foremost military power but that military power is greatly diminished when projected across the other side of the globe from its home. Furthermore, it is well known that the disbelievers are in any case at a great disadvantage when they have to face believers on the battlefield. Their occupation of Muslim territories in recent times, Palestine, Kashmir, Chechnya, Afghanistan, Iraq, etc., was only made possible by the treachery of our own leaders and rulers who were complicit in permitting, securing and defending those occupations. Pakistan, for example, is complicit is enabling America to hold Afghanistan, India to hold Kashmir, and China to hold East Turkestan, all three occupied lands bordering Pakistan on the West, East and North. For Muslims, the real solution to Afghanistan is not US-backed so-called ‘peace’ conferences but the establishment of the Khilafah (Caliphate) State over Pakistan and other countries, after which it will be impossible for the foreign disbelieving imperialists to think of encroaching on even a handspan of Muslim land.