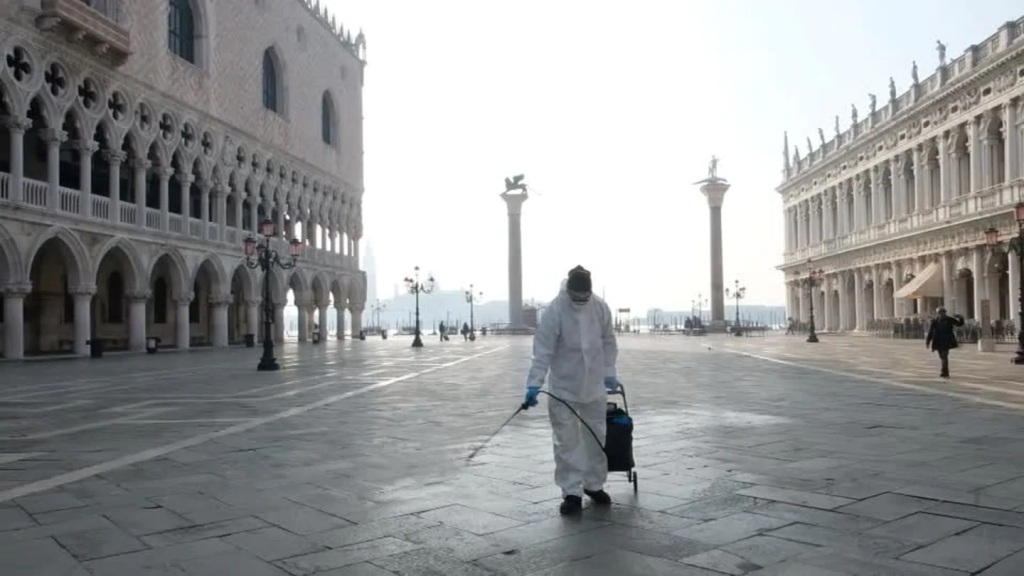 While the spread of Covid-19 is picking up speed in Europe and the United States, among other regions, the outbreaks in some countries in Asia seem to be under control.

The epidemic in China appears to be slowing down after an explosion in cases followed by weeks of draconian control measures. And other locations have managed to avert any major outbreak by adopting far less drastic measures: for instance, Hong Kong, Singapore and Taiwan.

All have made some degree of progress, and yet each has adopted different sets of measures. So what, precisely, works to contain the spread of this coronavirus, and can that be implemented elsewhere now?

In late January, after a sluggish — and problematic — initial response, the government of mainland China put in place unprecedented containment and social distancing measures. It locked down major cities, notably Wuhan, the epicenter of the outbreak, and imposed various travel restrictions throughout the country.

The testing capacity of laboratories was rapidly expanded. To relieve pressure on hospitals, patients with milder symptoms were placed in temporary isolation facilities set up in gymnasiums and event halls. New hospitals were constructed.

People who had come into contact with anyone infected were sent to designated facilities, typically converted hotels or hostels, for prophylactic quarantine. Home quarantine was advised only for those only at slight risk of infection.

Initially, almost all residents of Wuhan and other affected cities were required to stay at home; schools and workplaces remained closed well after the end of the Lunar New Year festival, around Jan. 27.

The scale of these measures has been extraordinary: Almost 60 million people were placed under lockdown in Hubei Province alone, and most factories in the province are expected to remain shut until March 20. The economic costs are enormous. Already in early February, about one-third of approximately 1,000 small and medium-size businesses interviewed for one survey said they had only enough cash to survive for a month.

But the restrictions seemed to have worked to contain the spread of Covid-19 in China: The number of new cases reported every day is now consistently much lower than it was a few weeks ago.

But lockdowns and forced quarantines on this scale or the nature of some methods — like the collection of mobile phone location data and facial recognition technology to track people’s movements — cannot readily be replicated in other countries, especially democratic ones with institutional protections for individual rights.

In fact, the quick response of East Asian countries as compared to the West is not simply because of the idea of so-called individual freedoms in the West, freedoms that they have proved very willing to disregard whenever it suits them. The real difference is that Western systems are built on separation of powers, which makes it complicated for them to act quickly in any issue, as they first need to build consensus amongst the differing institutions of state. Building consensus is further complicated because of Western material values that lead each institution and each individual to seek to benefit from every crisis and issue, so achieving results requires great determination and the willingness to accommodate and compromise with the diverse interests of multiple individuals and institutions. Furthermore, behind these institutions is a vast network of private interests that are in many cases the real power brokers. It is more accurate to identify Western ruling systems as oligarchies rather than democracies –the idea of a democratic system is in fact an illusory fantasy; it is simply not possible for everyone to participate in governing themselves in the way that democratic theorists imagine. The use of the term democracy is simply a cover for oligarchy.

Effective governance requires entrusting and empowering a single individual to make decisions on behalf of everyone, restrained and limited not by unknown vested interests but by the explicit letter of the law. It is this approach that Islam has adopted in the pledge to the Khalifah (Caliphate) to fully obey him as long as he implements Islam.

In a shocking indication of whose interests Western governments actually serve, US President Donald Trump intends to use funds sanctioned for the Coronavirus to support US oil and gas producers, in the aftermath of the crash in international oil prices triggered by the Saudi regime. According to the Washington Post:

The White House is strongly considering pushing federal assistance for oil and natural gas producers hit by plummeting oil prices amid the coronavirus outbreak, as industry officials close to the administration clamor for help, according to four people familiar with internal deliberations.

President Trump has touted the growth of oil and natural gas production under his administration, celebrating their rise in politically crucial swing states such as Pennsylvania. But many oil and gas firms were hammered Monday by the price war that broke out between Saudi Arabia and Russia, driving oil prices down in their steepest one-day drop in almost 30 years.

White House officials are alarmed at the prospect that numerous shale companies, many of them deep in debt, could be driven out of business if the downturn in oil prices turns into a prolonged crisis for the industry. The federal assistance is likely to take the form of low-interest government loans to the shale companies, whose lines of credit to major financial institutions have been choked off, three people said.

It was in fact the American administration that instructed Saudi to crash international oil prices in order to ease the burden on the American consumer not because of genuine concern for US citizens but to mitigate the effects of the expected economic downturn due to the Coronavirus pandemic. It is well-known that an economic downturn during an election year usually result in the incumbent president facing defeat, hence Trump is keen boost the economy in any manner possible. The resulting harm caused to Saudi and other Muslim producers is of no relevance to the American government but their only concern is for their own domestic oil producers particularly in the newly developing shale oil industry. Meanwhile, agent rulers such as Mohammad bin Salman are ever ready to sacrifice their countries to serve their Western masters.

Twin Blades of a Pair of Scissors: Turkey and Russia Reach Deal on Syria’s Idlib

Turkish Defense Minister Hulusi Akar finally announced March 13 that after four days of talks in the Turkish capital, the Russian and Turkish militaries have agreed on the details of a new cease-fire in Syria’s Idlib de-escalation zone.

Akar said the first joint patrol by Turkey and Russia on the M4 highway in Idlib would be carried out on March 15 and that Turkey and Russia will establish joint coordination centers in the region. The announcement followed a March 12 telephone call between Russian President Vladimir Putin and his Turkish counterpart Recep Tayyip Erdogan to discuss the implementation of the agreements the two leaders reached in Moscow the previous week.

“Vladimir Putin and Recep Tayyip Erdogan reaffirmed the importance of continued close joint efforts, first of all between the Russian and Turkish defense ministries, in order to ensure a stable cease-fire and further stabilization of the situation,” read a Kremlin press release. It went on, “It was agreed to maintain a regular dialogue at various levels, including personal contacts.”

We are witnessing the endgame of the American plan to crush the Syrian revolution, with Turkey and Russia actually cooperating on restoring Assad’s rule. Turkish President Erdogan has repeatedly portrayed himself as a supporter of the revolution but in fact his role, like that of other regimes, such as Saudi Arabia, has actually been to manoeuvre the revolutionary groups into defeat. With Allah’s permission, the revolution shall continue in the hearts and minds of the Syrian people, who shall rise again in unity without the treacherous support of agent rulers like Erdogan.