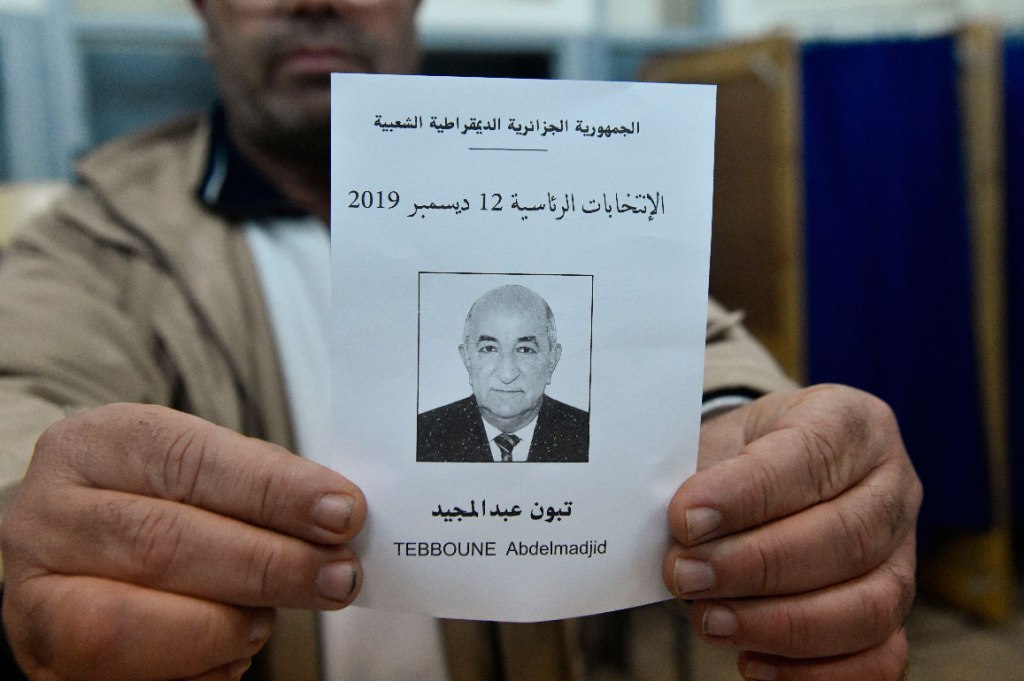 Boris Johnson’s resounding election victory promises to bring to a close more than three years of deep instability in British politics, and four decades of factionalism within the British political elite over Europe, and attempting immediately to refocus British politics away from Brexit and towards domestic concerns such as the National Health Service. According to the New York Times:

“We will get Brexit done on time on the 31st of January — no ifs, no buts, no maybes,” Mr. Johnson told a gathering of his supporters early Friday morning.

Hours later, after being formally asked by Queen Elizabeth II to form a new government, Mr. Johnson made the traditional speech to the nation outside 10 Downing Street, beginning with a claim that Conservatives had “an overwhelming mandate from this election to get Brexit done.” …

Striking a conciliatory tone, he said, “we are going to unite and level up” all parts of the country.

He acknowledged that Conservatives had won over areas and voters that were long hostile to them and remained wary.

“Thank you for the trust you have placed in us, and in me, and we will work around the clock to repay your trust and deliver on your priorities,” he said. …

The victory is the party’s biggest since Margaret Thatcher captured a third term in 1987 — “literally before many of you were born,” Mr. Johnson told supporters Friday morning. It gives him a comfortable majority in the 650-seat House of Commons.

Britain has been plagued by the anti-European faction since the demise of Prime Minister Margaret Thatcher almost four decades ago, and in opposition to the British establishment policy of ongoing engagement with Europe. Boris Johnson is a fully loyal establishment man, parachuted into the pro-Brexit faction only to force its submission to the establishment position. With this overwhelming electoral mandate, it is expected that Boris Johnson will be able to easily free himself of the dominance of the pro-Brexit European Research Group and negotiate the ‘soft Brexit’ that Theresa May failed to deliver.

It is the British political style to make full use of deception, employing the English passion for games and theatre. It is their tragedy that they use such deception not only against their foreign opponents but against themselves also. But use of deception is always short-sighted and results in disaster in both this world and the next. Allah (swt) says in the Noble Qur’an: اسْتِكْبَارًا فِي الْأَرْضِ وَمَكْرَ السَّيِّئِ وَلَا يَحِيقُ الْمَكْرُ السَّيِّئُ إِلَّا بِأَهْلِهِ فَهَلْ يَنظُرُونَ إِلَّا سُنَّتَ الْأَوَّلِينَ فَلَن تَجِدَ لِسُنَّتِ اللَّهِ تَبْدِيلًا وَلَن تَجِدَ لِسُنَّتِ اللَّهِ تَحْوِيلًا “but the evil plot does not encompass except its own people. Then do they await except the way of the former peoples? But you will never find in the way of Allah any change, and you will never find in the way of Allah any alteration.” [Fatir: 43]

Elections triggered by the resignation earlier this year of Abdelaziz Bouteflika, President for 20 years, have been seized upon by Algeria’s pro-French General Ahmed Gaid Salah to install the man of his choice, resulting in the mass protests that unseated Bouteflika returning again now. According to the Independent:

Algerians greeted their newly elected septuagenarian president with another round of mass protests, the 43rd consecutive Friday of anti-government demonstrations that have already felled the country’s longtime president and continue to challenge an entrenched elite in power for six decades.

The protests, which flooded the main streets of the capital, Algiers, and other cities, came a day after General Ahmed Gaid Salah, the country’s leading military figure, pushed through elections to put a new government in place.

Abdelmadjid Tebboune, a former prime minister, was elected president with 58 per cent of the vote.

Although the government claimed a voter turnout of 40 per cent, no independent observers were invited to monitor the election, few international journalists were granted visas, and official numbers showed turnout as low as less than 1 per cent in some provinces.

Video posted to the internet showed empty election centres, with poll workers milling about. Protesters calling for a boycott of the vote flooded the streets on election day, in some cases storming election centres and tossing out ballots.

The wave of protest, which is called Hirak – or movement – pushed out long-time president Abdelaziz Bouteflika in April, but has continued to take to the streets to demand the dismantling of a military and commercial elite rooted in the 1950s war of independence from France.

Muslim countries continue to be subject to colonial control by the Western imperialist powers despite their apparent withdrawal from our lands more than half a century ago. Each Western power cultivates its own faction within our ruling elites, such as the British faction in Algeria’s politics that had been led by Bouteflika, or the French faction in Algeria’s military, known as ‘Le Pouvoir’, sometimes one faction coming to power and sometimes another. The Muslim Ummah will not be free of such agents until she gives her leadership to indigenous political leadership sincere to the Deen of the Ummah, who shall establish once more the righteous Islamic Khilafah (Caliphate) State on the method of the Prophet ﷺ that shall implement Islam and re-unify all Muslim lands.

Despite US President Donald Trump’s eagerness to conclude an agreement with the Taliban leadership before the 2020 US elections, America is being forced to again ‘pause’ its negotiations after a powerful attack on the US air base at Bagram in Afghanistan. According to Aljazeera:

US officials have announced a “brief pause” in talks with the Taliban after the armed group launched a suicide attack on a US base in Afghanistan, killing two civilians.

Special Envoy for Afghanistan Zalmay Khalilzad on Friday expressed “outrage about attack in Bagram” and said the talks in the Qatari capital Doha would resume after the Taliban “consult their leadership on this essential topic”.

“Taliban must show they are willing & [and] able to respond to Afghan desire for peace,” Khalilzad said in a tweet.

Wednesday’s early morning assault, for which the Taliban have claimed responsibility, began when a suicide bomber detonated his explosive-packed vehicle outside a hospital building near Bagram military base in Parwan province, north of the capital Kabul, according to local officials.

Khalilzad had renewed talks with the Taliban earlier this month on steps that could lead to a ceasefire and settlement of the 18-year-long war in Afghanistan, allowing a gradual withdrawal of US troops from the country.

“Both sides decided to resume the talks after a few days of break for consultation,” he said.

The assault on Bagram airbase came despite the resumption of talks between the US and the group days before in Doha.

Peace negotiations began earlier this year but were suspended in September after an American soldier was killed in a suicide attack claimed by the Taliban.

US President Donald Trump, during a surprise Thanksgiving visit to Afghanistan last month, said Washington had resumed talks with the Taliban and that the Afghan armed group wanted a ceasefire.

Tens of thousands of Afghan civilians, security officials and more than 2,400 American service members have been killed since 2001 when a US-led military coalition dislodged Taliban from power.

About 13,000 US forces, along with thousands of other NATO troops, are stationed in Afghanistan, with US officials considering reducing the troop strength as part of any future peace deal.

But the Taliban has set the withdrawal of the US and NATO troops, whom it calls occupying forces, as a condition to strike a deal.

The Taliban calls the Western-backed Kabul government a “puppet” regime and has so far refused to speak to them.

Despite being the global superpower America is failing to retain control over Afghanistan and knows it’s only a matter of time before it must hand over power. As with all such withdrawals by Western imperialist states, America wants to establish an Afghan government that shall remain loyal to American interests. It is this that the negotiations with the Taliban leadership are intended to achieve. But the Muslim Ummah has begun to see through the reality of foreign control and the mujahideen in Afghanistan are not prepared to cease their fighting in return for benefits from the foreign disbelievers. So America presses on, choosing to present this latest setback as a temporary pause.

While the US and China continue to work on a trade deal, an indication of the very real frictions between the two powers was provided by separate comments by China’s foreign minister speaking in Beijing. According to the Washington Post:

China’s foreign minister Friday called the United States the “troublemaker of the world” and threatened to “sever the black hands” supporting protests in Hong Kong, in strident language that was markedly at odds with rosy trade talk from Washington.

Just hours after White House officials said that President Trump had approved a proposed U.S.-China trade deal, China’s top diplomat took to a stage in Beijing to say that the United States needed to “calm down” and step back from confrontation.

Washington had “launched deliberate attacks and defamation” against China over its “territorial sovereignty, national dignity and core interests,” Wang Yi told a diplomatic conference in Beijing, to an extent that the United States appeared “almost paranoid.”

He was referring particularly to U.S. support for pro-democracy protesters in Hong Kong and condemnation of China’s detention of more than 1 million Muslims in political reeducation camps. Beijing has repeatedly accused American agents with “black hands” of fomenting unrest in Hong Kong.

“We are willing to resolve the contradictions and differences with the U.S. through dialogue and discussions based on equality and mutual respect, but we will never accept unilateral sanctions or bullying,” he said, according to reports from the conference.

Earlier, Trump advisers said he had agreed to a trade deal under which the White House would reduce tariffs on Chinese goods in return for China buying $50 billion worth U.S. farm goods, tightening its intellectual property protections and opening its financial services markets.

The next round of American tariffs, on the remaining $160 billion in Chinese goods that have not been hit with duties, were scheduled to take effect on Sunday. Those tariffs have been delayed, and the existing tariffs on $360 billion of Chinese products will be reduced, the advisers said.

Great powers have little choice except to work to cooperate with one another regardless of the very real conflicts between them. It will be the same for the re-emergent Islamic Khilafah State; in spite of its very real opposition to other world powers, it will find ways to negotiate its rise with the minimum of military engagement.