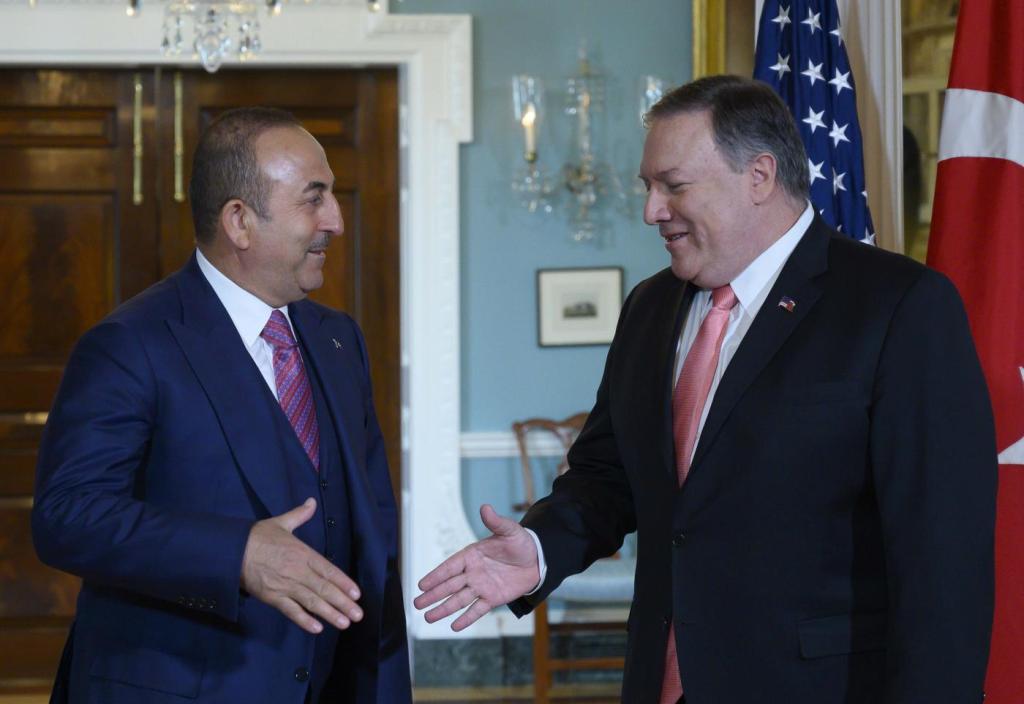 U.S. Should Look in the Mirror Before Preaching on Religious Freedoms: Turkey

Turkey took offence at a U.S. statement that said Secretary of State Mike Pompeo would promote religious freedom during an upcoming visit to Istanbul and called Wednesday on Washington to focus on racism and hate crimes in the United States instead. The State Department said in a statement Tuesday that Pompeo would travel to Istanbul to meet with Ecumenical Patriarch Bartholomew I, the spiritual leader of the world’s Greek Orthodox Christians. The top U.S. diplomat plans to discuss religious issues in Turkey and to promote “our strong stance on religious freedom around the world,” the statement read. Turkey’s Foreign Ministry rebuked the statement “as extremely inappropriate,” insisting that the country protects the rights of citizens of various faiths to freely practice their religions. “It would be more advisable for the United States to look in the mirror first and to show the necessary sensitivity to human rights violations such as racism, Islamophobia and hate crimes in its own country,” the Turkish ministry said in a statement. “Our reaction on this matter was conveyed to the U.S. side, and it was suggested that (Washington) focus on increasing co-operation between our countries on regional and global issues,” the Foreign Ministry said. In July, Turkish President Recep Tayyip Erdogan converted Istanbul’s landmark Haghia Sophia into a mosque, ignoring calls for the former cathedral to be kept as a museum in recognition of the city’s multicultural past. The move led to accusations that the Turkish leader was trying to erase Orthodox Christians’ cultural heritage. The structure, a United Nations world heritage site, served as one of Christendom’s most important cathedrals before being turned into a mosque with the Ottoman conquest of Constantinople and then into a museum 86 years ago. Turkey is also under pressure to reopen a Greek Orthodox theological school that was shut down in 1971. Pompeo was not scheduled to meet with Turkish officials during a tour that will also take him to France, Georgia, Israel, the United Arab Emirates, Qatar, and Saudi Arabia during Nov. 13-23. [Source: Global News Canada]

How can Turkey keep diplomatic relations open with the US, when Washington has barred Muslims from visiting the country, and done its utmost to suppress the people of Palestine to give the Jewish state greater authority? Erdogan’s rhetoric is empty and misleading, and if he were to look in the mirror he shall see his own hypocrisy!

Saudi Arabia’s leg of the Ladies European Tour kicked off Thursday with a prize of $1 million up for grabs in the latest push by the kingdom to host major sports and entertainment events. The tournament is sponsored by Saudi Arabia’s oil company, Aramco, and runs until Sunday. It will be followed by a women’s team tournament for a shared prize of $500,000. The event is being held at a country club in King Abdullah Economic City, a Western-friendly business hub north of the Red Sea city of Jiddah. The scenic golf course sits alongside the blue waters of the sea. Women in the kingdom are also being encouraged to play sports and exercise. Saudi Arabia also just launched an initiative offering a complimentary membership inclusive of golf lessons and golf course access in Riyadh and King Abdullah Economic City to 1,000 Saudi women. Crown Prince Mohammed bin Salman, emboldened by his father King Salman, is pushing through broad social reforms to help draw greater foreign investment, modernise the economy and open Saudi Arabia to tourists. As part of that effort, Saudi Arabia announced plans to host a Formula One race next year. [Source: Gulf News]

While Europe continues to standby Macron’s denigration of the Messenger of Allah ﷺ, the custodians of the holy mosques do their utmost to parade uncovered European ladies playing golf. The Saudi regime is prepared to pay huge sums of money for the tournament winners, but they have not lifted a single finger to cut oil supplies to France and make Europe apologies for their disparaging remarks.

The United States Embassy in Pakistan drew strong backlash Wednesday for retweeting a political statement critical of the host government, prompting the diplomatic mission to apologize for what it said was an “unauthorized post.” The controversy stemmed from comments on Tuesday tweeted by an opposition lawmaker, Ahsan Iqbal, along with a screenshot of an American media article titled “Trump’s defeat is a blow for the world’s demagogues and dictators.” Iqbal went on to say in a veiled reference to Prime Minister Imran Khan: “We have one in Pakistan too. He will be shown way out soon. Insha Allah (God willing).” The U.S. Embassy, through its official Twitter account, retweeted Iqbal’s remarks, angering top government officials and other Pakistanis on social media. They demanded the post be swiftly removed and an apology be submitted. The diplomatic mission said in a statement Wednesday that its Twitter account was “accessed” without authorization and it had deleted the post in question.  “The U.S. embassy does not endorse the posting or retweeting of political messages. We apologize for any confusion that may have resulted from the unauthorized post,” the embassy said on its Twitter account.  However, Pakistani Human Rights Minister Shireen Mazari rejected the U.S. statement as insufficient.  However, Pakistani Human Rights Minister Shireen Mazari rejected the U.S. statement as insufficient. ”This not good enough esp after great delay! Account was clearly not hacked so someone who had access to it used it “without authorization”. Unacceptable that someone working in US Embassy pushing a particular political party’s agenda – has serious consequences including staff visas scrutiny,” Mazari tweeted.   Imran Ismail, a senior ruling party leader and governor of Pakistan’s southern Sindh province also denounced the U.S. Embassy for retweeting what he said were “derogatory” and “utterly absurd” remarks against Prime Minister Khan. “This is against diplomatic protocols. An apology is needed with immediate clarification if fake or hacked,” Ismail said and asked the Pakistani Foreign Ministry to take “required action” against the U.S. mission. [Source: Voice of America]

The entire political establishment is so enamored with keeping America dominant over Pakistani affairs that it has forgotten to see that the US domestic political scene is broken, and the US is no longer the power it used to be. Rather than taking advantage of the ensuing US post-election chaos, the political establishment continues to seek America’s approval at every juncture.