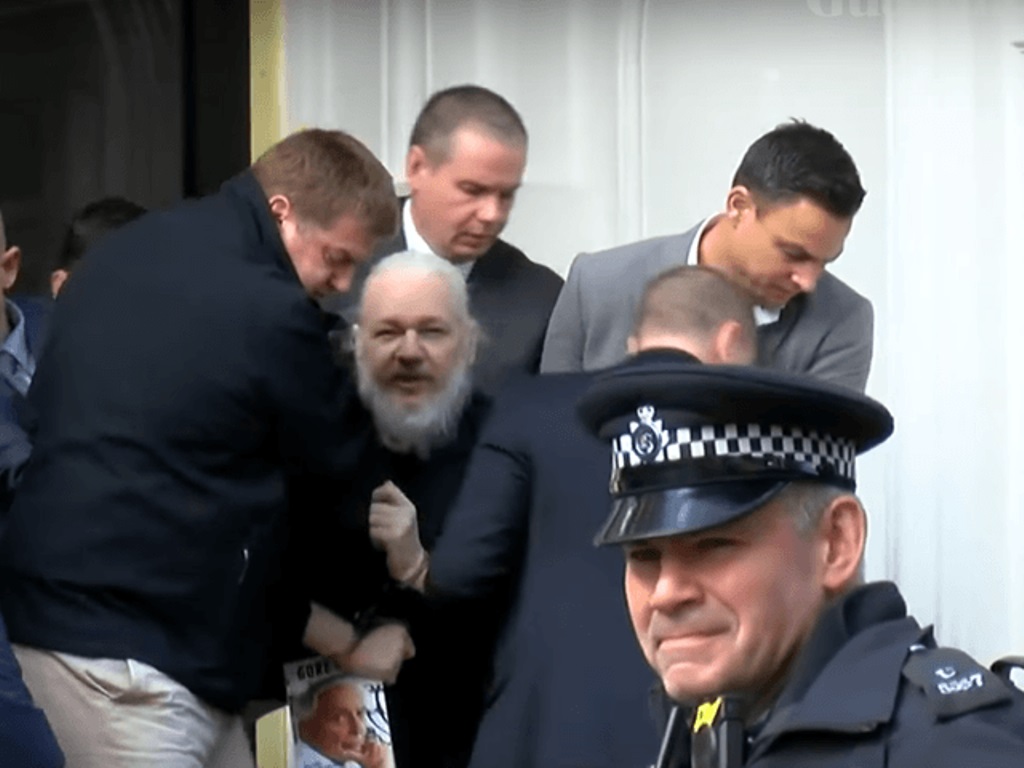 According to the BBC:

The head of Sudan’s military council has stood down a day after leading a coup that toppled long-time leader Omar al-Bashir amid a wave of protests.

Protesters had refused to leave the streets, saying the coup leaders were too close to Mr Bashir.

The army has said it will stay in power for two years, followed by elections.

Mr Ibn Auf was head of military intelligence during the Darfur conflict in the 2000s. The US imposed sanctions on him in 2007.

Protesters in Khartoum celebrated his departure, with people chanting phrases like “it fell again”…

Despite the president’s removal on Thursday, demonstrators refused to disperse, camping out outside the army headquarters in the capital, Khartoum, defying a curfew declared by the military.

On Friday, a spokesman for the military council said the army was not seeking power and Sudan’s future would be decided by the protesters – but said the army would maintain public order and disturbances would not be tolerated.

The members of the Sudanese regime are in fact loyal not to their peoples but to their American masters, whom Omar al-Bashir faithfully served for 30 years. Now under pressure from mass uprisings, America is hoping that one or other of Bashir’s associates will be able to prolong American control of Sudan.

America is also busy trying to consolidate control over the entire of Libya through its agent Khalifa Haftar. According to Aljazeera:

Days before Libya’s renegade General Khalifa Haftar launched an offensive on the country’s capital, Tripoli, Saudi Arabia offered tens of millions of dollars to help pay for the operation, the Wall Street Journal has reported.

The offer came during a visit by Haftar to the Saudi capital, Riyadh, ahead of his April 4 military campaign, the Journal said on Friday.

Citing senior advisers to the Saudi government, the Journal said the offer of funds – accepted by Haftar – was intended to buy the loyalty of tribal leaders, recruit and pay fighters, and other military purposes.

“We were quite generous,” one of the unnamed advisers told the Journal.

If it were not for foreign controlled agents, the Muslim Ummah would naturally come together to take care of its affairs in accordance with the Qur’an and Sunnah because of the Islamic thoughts and feelings present within the Ummah and its innate collective tendency. But these traitorous agents continuously divert and divide the Ummah’s energy, enabling ongoing Western exploitation and control of our people, lands and resources. With Allah’s permission, the rising political awareness within the Ummah will result in the dethroning of all foreign agents and return to the rule of Islam.

The WikiLeaks founder Julian Assange was arrested on Thursday in London to face a charge in the United States of conspiring to hack into a Pentagon computer network in 2010, bringing to an abrupt end a seven-year saga in which he had holed up in Ecuador’s embassy in Britain to avoid capture.

The Ecuadorean government suspended the citizenship it had granted Mr. Assange and evicted him on Thursday, clearing the way for his arrest. His hosts had displayed growing impatience, listing grievances including recent WikiLeaks releases they said interfered with other states’ internal affairs and personal discourtesies, like the failure of Mr. Assange to clean the bathroom and look after his cat.

A bedraggled and shackled Mr. Assange, 47, was dragged out of the embassy. At a court hearing, a judge swiftly found him guilty of jumping bail, and he was detained partly in connection with an American extradition warrant. Mr. Assange indicated that he would fight extradition, and legal experts said that process could take years. He is likely to argue that the case is politically motivated rather than driven by legitimate legal concerns.

Mr. Assange’s arrest brought to a head long-simmering tensions that have raised profound First Amendment press freedom issues. Since Mr. Assange began publishing archives of secret American military and diplomatic documents in 2010 — provided by the former Army intelligence analyst Chelsea Manning — senior officials in two administrations had weighed whether to try to put him out of business by charging him with a crime. Ms. Manning was convicted at a court-martial trial in 2013 of leaking the documents.

Despite all of Assange’s personal failings, it is quite evident that his real crime is that the organisation he headed, Wikileaks, had exploited the technology of the internet to circumvent mainstream media and damage Western interests by releasing classified information directly to the general public.

The West is always criticising others for failing to uphold freedom and democracy but the true reality is that the West themselves severely curtail their practice of these ideals, simply because these ideals make no practical sense. Tolerance and individual rights are essential elements of any civilised society but the ideal of freedom makes no sense at all; true individual freedom could only be conceived of in a totally anarchic setting. Similarly, while public accountability and consultation are essential for mature governance, the concept of democracy, where somehow the general public are collectively ruling, makes no sense at all; again this could only possibly be conceived of in extremely small communities of a few tens of people, though even at this scale, natural leadership emerges. In truth, freedom and democracy are modern false gods, embraced by the West to mask the elitist materialist Capitalist system that actually underpins Western civilisation. With Allah’s permission, the world will soon witness the return of the righteous Islamic Khilafah (Caliphate) State on the method of the Prophet ﷺ that will implement the true Deen and carry its light to the entire world, liberating man from the false ideals that have allowed him to be exploited by his fellow man.