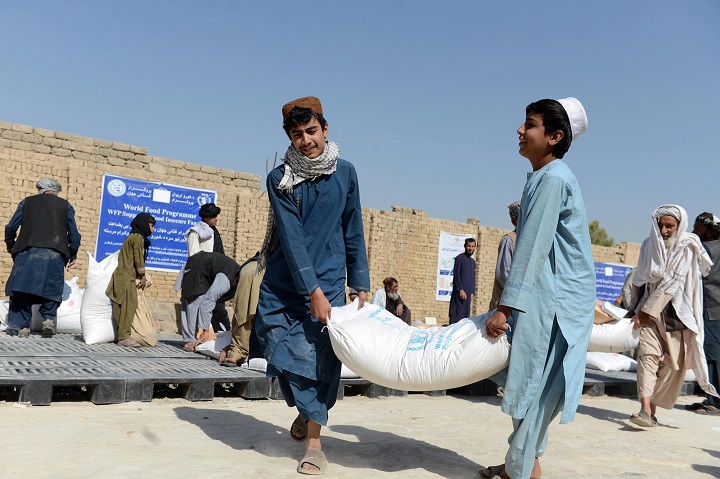 The US has agreed to provide humanitarian aid to Afghanistan on the brink of an economic disaster, while refusing to give political recognition to the country’s new rulers. The Taliban said the talks held in Doha, Qatar, “went well,” with Washington freeing up humanitarian aid to Afghanistan after agreeing not to link such assistance to formal recognition of the Taliban. The U.S. statement was less definitive, saying only that the two sides “discussed the United States’ provision of robust humanitarian assistance, directly to the Afghan people.” The United States made it clear that the talks were in no way a preamble to recognition of the Taliban, who swept into power Aug. 15 after the U.S.-allied government collapsed. State Department spokesman Ned Price called the discussions “candid and professional,” with the U.S. side reiterating that the Taliban will be judged on their actions, not only their words. “The U.S. delegation focused on security and terrorism concerns and safe passage for U.S. citizens, other foreign nationals and our Afghan partners, as well as on human rights, including the meaningful participation of women and girls in all aspects of Afghan society,” he said in a statement. Whilst the US is playing gymnastics with the Taliban this is really to keep them on a short leash, the US has been negotiating with the Taliban for over a decade and signed a peace deal with them. It cleared the way for them to take over in August but now is trying to present an image of a nation that has a condition-based relationship with the Taliban.

Relations between Russia and the US could worsen in the wake of long-awaited negotiations between the two countries that are making less progress than originally hoped, Moscow’s Deputy Foreign Minister Sergey Ryabkov has said. The verdict comes after US Deputy Secretary of State Victoria Nuland arrived in the country on Monday to hold three days of talks with Russian officials. On Tuesday, local media reported that negotiations between Nuland and Ryabkov were floundering as the diplomats struggled to find common ground. Earlier this week, Moscow lifted sanctions on Nuland, which allowed the US undersecretary of state to enter the country for a summit with her Russian counterparts. While talks are still ongoing, Ryabkov has said that Moscow does not want tensions between Russia and the US to escalate further and asked for international restrictions to be removed. Particular attention was paid to issues concerning the missions of Russia and the United States on each other’s territories. The Russian side emphasized that hostile anti-Russian actions will not remain unanswered, but Moscow does not seek further escalation. “We propose to remove all restrictions introduced by both sides over the past few years,” he said. It’s become common practice for the US to push officials from other nations in order to make them an offer they cannot refuse. The US did this with Russia in Syria and now the US wants Russia to work with it in its strategy for China by offering the Kremlin a place in global issues.