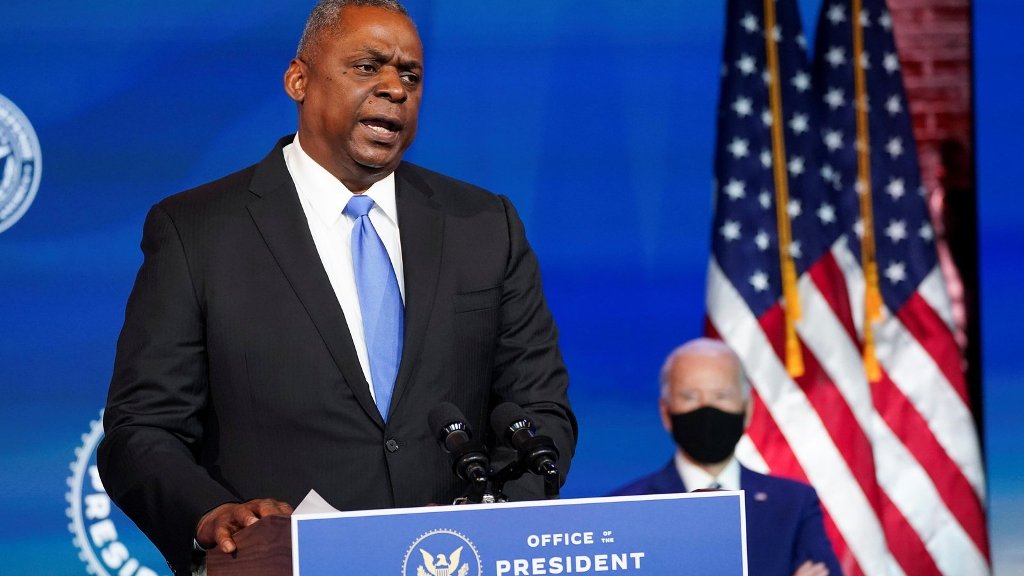 The United States is a bitterly divided country. The right-wing continues to feed its base in white America, which is to say those of European heritage, even during the last presidential campaign, while the left-wing presume to appeal to the non-white population.

But the reality of such left-right divisions is that they are more about how politics is presented than about the actual reality of that politics. Both the left-wing and the right-wing in American politics are loyal to the same Capitalist elite, and follow the same goals and objectives, differing only in style of implementation. And as far as the Capitalist elite is concerned, there is not much that can be done about the weaker and poorer segments of society. Therefore, left-wing administrations are left with token gestures such as Biden’s choice of, so far, seven women and nine ‘people of colour’ to Cabinet-level positions in the new administration. Such selections, while presenting the appearance of change, actually signal continuity because those selected are individuals that are fully loyal to establishment positions. What is important is not whether one is black or white but which policies one follows. From the point of view of the American establishment, it doesn’t matter whether even the president is white or black. Obama, the first black president, was profoundly loyal to establishment goals, even more so than Trump. With Allah’s permission, the re-established Islamic Khilafah will present the perfect example to the entire world of genuine sincerity to the welfare of all of humanity, irrespective of race or gender. What matters is not someone’s background but what he commits himself to and how he conducts himself. In his last khutba (Farewell Address), the Prophet ﷺ said, «فَلَيْسَ لِعَرَبِيٍّ عَلَى عَجَمِيٍّ فَضْلٌ ، وَلَا لِعَجَمِيٍّ عَلَى عَرَبِيٍّ فَضْلٌ ، وَلَا لِأَسْوَدَ عَلَى أَبْيَضَ وَلَا لِأَبْيَضَ عَلَى أَسْوَدَ فَضْلٌ إِلَّا بِالتَّقْوَى» “There is no superiority of an Arab over a non-Arab, or of a non-Arab over an Arab, and no superiority of a white person over a black person or of a black person over a white person, except on the basis of personal piety and righteousness.”

After the cowardly assassination of the senior Iranian nuclear scientist Mohsin Fakhrizadeh, which the US and the Jewish entity hinted at being responsible for, without open acknowledgement, the US is intensifying military pressure around Iran to ensure against retaliation. This week two B-52 bombers flew from America to the Middle East and back; this coming after other actions in recent weeks such as deciding the return of the aircraft carrier USS Nimitz back to the Middle East and despatching an additional fighter jet squadron from Europe. The US Pentagon is making clear that all these actions are defensive in nature to prevent any possible action from Iran. Politico reports a Pentagon spokesman saying, “There is no plan here to act, there is a plan to portray a strong defensive posture that would give a potential adversary pause.” The US has however a partner in these efforts, and that is the Iranian government itself which, while recognising and even publicly admitting that the US and the Jewish entity are behind this, are fully diverting any retaliation away from them and instead busily arresting individuals within Iran itself. The US is also dependent on other governments in the region, as indicated by the US Central Command chief in his deceptive statement, “The ability to fly strategic bombers halfway across the world in a non-stop mission, and to rapidly integrate them with multiple regional partners demonstrates our close working relationships and our shared commitment to regional security and stability.”

Taking advantage of the change of administrations in America, the European Union is imposing sanctions on Turkey, suggesting that this is in accordance with the policies of president elect Joe Biden. Turkey has become an important US agent furthering American objectives in the region and further diminishing European influence in Libya and the Eastern Mediterranean. To have such a strong American agent bordering Europe is a particular cause of concern for European governments. It is true that Biden criticised Erdogan during his election campaign but this was only in order to attack Trump whose close relationship with Erdogan is well-known. But even Trump is this week rumoured to be planning token sanctions against Turkey over its obtaining Russian S-400 missile systems. Otherwise, Biden will continue to employ all of America’s agents, including Turkey, just as Trump has done, though using his own particular approach. Republican presidents are generally more unilateralist, whereas Democratic presidents are normally multilateralists, so Biden is expected to seek closer cooperation with European leaders on world issues. But still, the rivalry between Western Capitalist powers is intense, and this continues no matter how collaborative they present themselves as being. Allah (swt) says in the Noble Qur’an: وَمِنَ الَّذِينَ قَالُواْ إِنَّا نَصَارَى أَخَذْنَا مِيثَاقَهُمْ فَنَسُواْ حَظًّا مِّمَّا ذُكِّرُواْ بِهِ فَأَغْرَيْنَا بَيْنَهُمُ الْعَدَاوَةَ وَالْبَغْضَاء إِلَى يَوْمِ الْقِيَامَةِ وَسَوْفَ يُنَبِّئُهُمُ اللّهُ بِمَا كَانُواْ يَصْنَعُونَ “And from those who say, “We are Christians” We took their covenant; but they forgot a portion of that of which they were reminded. So We caused among them animosity and hatred until the Day of Resurrection. And Allah is going to inform them about what they used to do.” [al-Maida: 14].

Amongst the Capitalist powers, France has usually been most outspoken in its opposition to Islam. This is because of the continued impact of the French Revolution that first made widespread the false values of freedom and democracy in the West. It is also because France is host to so many millions of Arab Muslims, hosting perhaps a greater proportion of Muslims than other Western states. But, exemplifying the contradictions of Capitalism, France makes every effort to build close relationships with Muslim governments while continuing to attack Islam. This week, French President Emmanuel Macron was embarrassed by footage released by Egypt that showed its president el-Sisi receiving France’s highest civilian honour from Macron himself during his state visit to France. It is not Muslims that the Capitalists hate but Islam itself. But for Muslims, they must know that they are nothing without Islam.

And according to inside information obtained by ABC news, the Trump administration is offering to pay hundreds of millions of dollars to American 9/11 victims to prevent them upsetting the recently concluded deal with Sudan, under which it will no longer be considered a ‘state sponsor of terrorism’. America is trying its best to take advantage of the presence of a British-backed civilian component in Sudan’s government to restore its own relations with Sudan. Most Muslim governments in the world today are agents of America. But America is able to have open relations with only some of them, while it must portray others as its opponents. For decades, Sudan was portrayed as an opponent of America, and allied with Iran, another US agent and apparent opponent, while both the Sudanese and Iranian US agents continued to portray themselves as sincere to Islam. But the reality of Sudanese rule is now becoming apparent through such actions as normalisation with the illegal Jewish entity. With Allah’s permission, the Muslim Ummah shall soon rise up against all agent governments are re-establish the righteous Islamic Khilafah (Caliphate) State on the method of the Prophet ﷺ that shall unify all Muslim lands under its general leadership, evicting the foreign imperialist disbeliever and his influence, liberate occupied territories, restore the Islamic way of life through implementation of the Shari’a, and carry the light of Islam to the entire world.