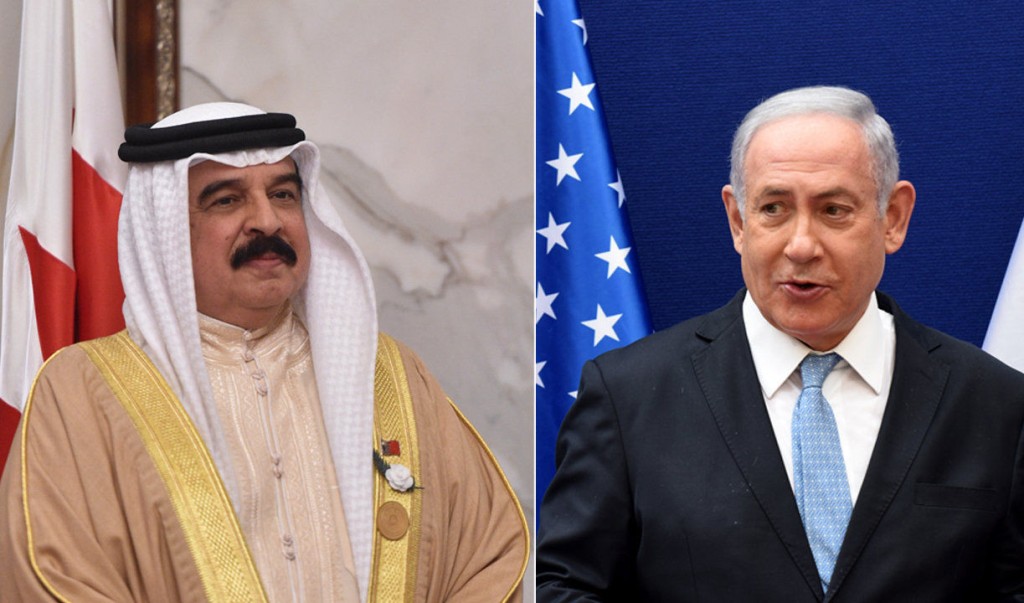 US Announces Troop drawdown in Iraq

The US commander in the Middle East announced Wednesday a drawdown of US troops in Iraq from 5,200 to 3,000 in the month of September. “This reduced footprint allows us to continue advising and assisting our Iraqi partners in rooting out the final remnants of ISIS in Iraq and ensuring its enduring defeat,” Gen. Frank McKenzie, commander of US Central Command, said. McKenzie said the decision is due to the United States’ “confidence in the Iraqi Security Forces’ increased ability to operate independently.” A senior administration official told reporters on Tuesday to also expect an announcement on troop withdrawal from Afghanistan in a couple days. The decision to pull back US troops from Iraq has long been expected and comes as President Donald Trump attempts to deliver on his 2016 campaign promises while facing a tough reelection. Trump was recently visibly distressed over the fallout that ensued from an article in The Atlantic, alleging that he privately disparaged the war dead, and feared losing support with the military. Trump has forcefully denied he made those comments. But in a Labor Day news conference, Trump accused top Pentagon military leaders of being beholden to defense contractors, an unprecedented attack from the commander in chief as he tries to convince the American public he did not denigrate US military personnel. The US is also withdrawing nearly 12,000 troops from NATO-ally Germany — a move that will cost billions to execute and take years to relocate the troops. The decision has also been met with bipartisan congressional opposition amid concerns that it may encourage Russian aggression. In August, Trump met with Iraq’s new prime minister, Mustafa al-Kadhimi, in the Oval Office and reiterated his plan to remove troops from Iraq. “We have been taking our troops out of Iraq fairly rapidly, and we look forward to the day when we don’t have to be there,” Trump said. [Source: CNN]

The US is reducing its military footprint in Iraq and other countries solely to boost Trump’s chances to win the upcoming election, and has no interest in ending its presence in the Muslim world.

What is the Secret? How Pakistan Defeated Coronavirus

During the peak days of the coronavirus, the Benazir Bhutto Hospital in Rawalpindi had nearly 500 patients. Many with severe symptoms were turned away as the facility was already filled beyond capacity. The situation was so dreadful that frontline healthcare workers were being infected with COVID-19 every day. Today, the same hospital has zero coronavirus patients. How did this happen? Pakistan’s COVID-19 victory has been described as “a bit of a mystery” as the country witnessed a perplexing yet steady drop in the virus cases just two months after the mid-June peak of around 6,800 cases in a day to a few hundred in September. With the spread of the virus now slowing down and demand for hospital care and testing dwindling, the country lifted most restrictions by mid-August as the pressure eased on the healthcare system. Minister Asad Umar, spearheading the fight against COVID-19, had cautioned that around 1.2 million people could be infected in Pakistan by the end of July. But the reality turned out to be not as bad. What happened between June and August? To answer the big question “How Pakistan won the battle against COVID pandemic?” Gulf News talked to leading experts to understand the strategy adopted by the country of 220 million with 299,200 infections and fragile healthcare system to defeat the virus. environmental factors and preventive actions by Pakistan government such as smart lockdown helped diminish the intensity of the virus. Some experts indicate factors such as youth bulge and strong immunity against the contagious diseases could be the two most reasonable scientific causes behind the remarkably lower COVID-19 fatality rate in Pakistan as compared to the developed countries. The medical community too could not come up with a scientific explanation. When asked the reason, the Vice-Chancellor of Jinnah Sindh Medical University, Karachi Prof Dr. S.M. Tariq Rafi responded: “To be honest, nobody knows this answer exactly.” He believes that “it was a combination of mainly two factors, the partial lockdown imposed by the government and the precautions observed by the people on their own,” he said. Despite the strict rules, fines, awareness campaigns and lockdown, Pakistanis faced confusion, anxiety and stigma related to COVID-19 cases since March. “During all this period, people generally sought treatment for COVID-19 on a non-scientific basis,” in the absence of a clear-cut treatment, says Karachi-based health reporter, Tufail Ahmed. “Some consumed Vitamin C tablets as others took anti-allergy pills to treat COVID-19,” said the journalist, who covered COVID-19 pandemic in Pakistan since day one. [Source: Gulf News].

Obvious factors such as a youthful population, a non-Western diet, and regular ablution all of which has contributed to strong immunity against Covid19. However, the simple explanation is “And When I am ill, it is Allah Who cures me”.

Shots Fired Along India-China Border for First Time in Years

Tensions along the India-China border took an alarming turn on Tuesday after Chinese and Indian officials accused each other’s soldiers of firing warning shots, apparently the first time in decades that guns had been aggressively used along the disputed frontier. Military activities along the unofficial border, which zigs and zags through some of the highest mountain ranges on Earth, are difficult to verify. But according to a statement from the Chinese military, Indian troops on Monday “took the outrageous step of firing warning shots” near a Chinese border patrol. India’s actions, the Chinese said, were “a grave military provocation of a vile character.” Indian officials, however, denied their soldiers had fired any shots and said it was the Chinese who broke the long tradition of refraining from using firearms, a protocol in place for decades. Chinese soldiers “fired a few rounds in the air in an attempt to intimidate” Indian troops, the Indian military said in a statement. “Despite the grave provocation,” the statement said, Indian troops “exercised great restraint and behaved in a mature and responsible manner.” One thing is clear: The dispute that has been building on the Himalayan border that separates the two nuclear-armed powers is only sharpening as their broader relationship steadily deteriorates. In June, a huge brawl broke out high in the mountains and Chinese troops beat to death 20 Indian soldiers. In August, a soldier belonging to a secretive force of Tibetan refugees who work with the Indian army died after he stepped on a land mine. The Chinese authorities have not revealed the extent of their casualties. Indian military analysts said the situation was heading into a dangerous stalemate. Neither side wants to start a war. But neither side wants to back down either. “Bite by bite, China has been eating away at Indian borderlands,” said Brahma Chellaney, a professor of strategic studies at the Centre for Policy Research in India’s capital, New Delhi. The Chinese government increasingly seems unwilling to negotiate in many of the disputes it finds itself in, from the claims it has made in the South China Sea to its trade wars with the United States. When it comes to India, Chinese officials and those aligned to them in the Chinese news media often take a condescending and belligerent tone. “China is several times stronger than India, and India is no match for China,” read a recent editorial in The Global Times, an organ of the Communist Party. “We must smash any Indian illusion that it can deal with China by colluding with other powers, such as the U.S.” [Source: NY Times]

As the temperature rises between China and India, the Pakistani leadership is unable to take advantage of this unique situation to help our Kashmiri brethren?? India is hard pressed to defend its long border against China, and this provides Pakistan with the right opportunity to annex occupied Kashmir once and for all!

Bahrain Next to Normalise Relations with the Zionist Entity

Bahrain’s aviation authority announced it will allow all flights to and from the United Arab Emirates, including ‘Israeli’ flights, to fly over its territory. Bahrain is among the Arab Gulf countries following the footsteps of the United Arab Emirates’ in normalizing its ties with ‘Israel’. Bahrain’s monarchy has had a long-standing covert relationship with the Jewish entity. Domestic pushback is also no longer an issue, as the kingdom has effectively suppressed the Shiite-led protest movement that would have opposed normalization. What was for long a secret and for back-door channels in now in the open, our rulers have for long collaborated with the enemy and now they have no shame in making it public.

China and India have accused each other of firing shots on their flashpoint Himalayan border in a further escalation of military tension between the nuclear-armed Asian rivals. The relationship between the two countries has deteriorated since a hand-to-hand combat clash in the Ladakh region on June 15 in which 20 Indian troops were killed. Beijing’s defence ministry accused India of “severe military provocation”, saying soldiers crossed the Line of Actual Control (LAC) in the western border region on Monday and “opened fire to threaten the Chinese border defence patrol officers”. “According to the Chinese side, Chinese troops approached the India side for negotiations, and then they say some Indian troops fired at the Chinese side.” New Delhi was swift to give its own account, accusing Chinese border forces of “blatantly violating agreements” and firing “a few rounds in the air” to intimidate their Indian rivals. “It is the PLA that has been blatantly violating agreements and carrying out aggressive manoeuvres,” the Indian army said in a statement on Tuesday. After months of skirmishes India has struggled to deal with China and assumed the COVID-19 outbreak would have halted matters, but China has now made another move and India will need to respond.