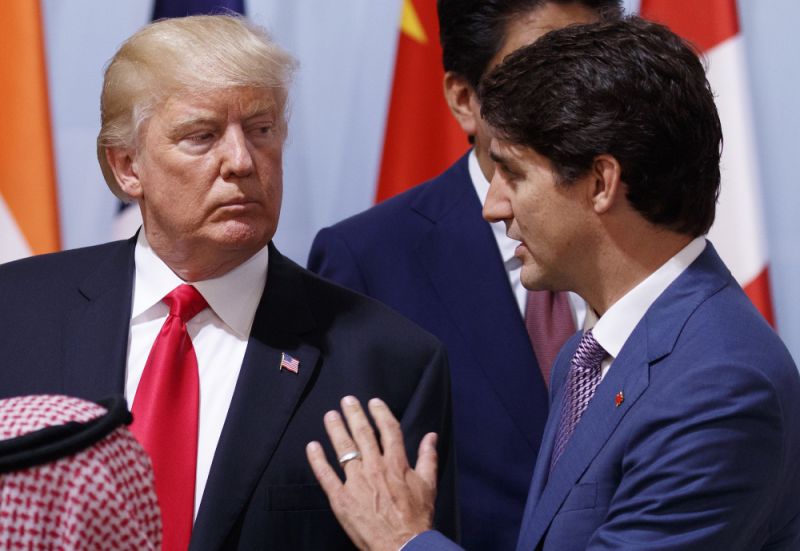 America’s Conspiracy against the Syrian Revolution will only Strengthen It

As the Assad regime prepares the final stage of its crushing of the Syrian revolution, conflict has once again emerged between its supporters and backers who want to ensure that their terms are met, in particular from America. According to Reuters:

U.S. Secretary of State Mike Pompeo on Friday said the United States views the Syrian government military assault on rebel-held Idlib as an escalation of the Syrian conflict, as the State Department warned that Washington would respond to any chemical attack by Damascus.

The Syrian province of Idlib and surrounding areas are the last major enclave held by rebels opposed to Syrian President Bashar al-Assad, a close Russian ally. A source has told Reuters Assad is preparing a phased offensive to regain the province.

Anyone who has been diligently following the war in Syria should know by now that America has actually fully supported the Assad regime in crushing the Syrian uprising. Indeed all external actors in the conflict, whether Russia, or Iran, or Turkey, or Saudi, or the UAE, or Qatar, have actually been working as American accomplices, following roles and plans given to them by America. But from time to time they conflict with each other over gaining the greater share of the spoils. So the statement of Mike Pompeo, though presented as if he is against the war, is actually because he is putting pressure on Russia and Assad to keep to the US planning and instructions over taking Idlib, and is not because America is in any way opposed to the war.

With Allah’s permission, America’s evil conspiracy will only strengthen the revolution, as the Muslims of Syria reject those of their leaders that cooperated with America or one of her accomplices. And Muslims everywhere will come to recognise the weakness of America, whose military fears entering the Muslim world again after its disasters in Iraq and Afghanistan, and who has come to depend on others to fights its wars on its behalf, while shouting abuse at them from the sidelines whenever they depart from America’s plans.

America Warns over Civilian Deaths in Yemen after Itself Planning them

While the US Secretary of State speaks out on Syria, the US Defence Secretary is speaking out over Yemen, despite America’s role in leading, planning and directing the war. According to the Washington Post:

Continued military support to nations engaged in the war in Yemen will depend on the extent of their efforts to avoid civilian casualties, Defense Secretary Jim Mattis said Tuesday, as pressure builds on Saudi Arabia and its allies to protect noncombatants.

U.S. assistance, which includes aerial refueling, weapons sales and intelligence sharing, “is not unconditional,” he said.

Speaking to reporters at the Pentagon, Mattis said aid to countries conducting operations against Houthi rebels would require that those countries “do everything humanly possible to avoid any innocent loss of life and they support the U.N.-brokered peace process.”

The comments came hours after the United Nations human rights office released a report accusing all of the parties involved in Yemen’s conflict of violating international law.

It is America that is responsible for all civilian deaths in Yemen because it is America that has not only initiated, led and directed this war through its agent, the Saudi regime, but it has also designed a new type of warfare which involved starving the civilian population of essential supplies. The statement of Mattis should delude no one into thinking that America has any moral standing in the world today. The West has fully abandoned the ethics of warfare that were taught to it by such great Muslims generals as Salahuddin Ayubi, and has returned to its practices at the beginning of the crusades when it entered Muslim lands spilling blood in the streets. President Clinton once described some of the crimes of the Crusaders in a speech after 9/11:

Those of us who come from various European lineages are not blameless. Indeed, in the first Crusade, when the Christian soldiers took Jerusalem, they first burned a synagogue with 300 Jews in it, and proceeded to kill every woman and child who was Muslim on the Temple Mount. The contemporaneous descriptions of the event describe soldiers walking on the Temple Mount, a holy place to Christians, with blood running up to their knees. I can tell you that that story is still being told today in the Middle East and we are still paying for it.

It is only Islam through the high values and strict Ahkam (rulings) of jihad that turned war from the worst of human actions to a method of justice and worship. Islam will return once again to lead the world to justice and sublime values with the re-establishment of the righteous Islamic Khilafah (Caliphate) State on the method of the Prophet ﷺ.

According to the Middle East Monitor:

The military expert Yoav Zitun stated on Saturday that “this exercise, known as RIMPAC is the largest on a global level. It is held to simulate the takeover of a sensitive water crossing by hostile forces similar to Iran’s threats to close the Strait of Hormuz.

He pointed out that it is the first time Israel participated with a delegation representing its navy.

The expert demonstrated that this exercise has been held every two years since the 1970s and joined new participant countries in each session, noting that the training lasted a month and ended two weeks ago.

He added: “Officers from countries that do not have official diplomatic relations with Israel, including Muslim countries such as Malaysia, Indonesia, and Brunei, as well as Vietnam and Sri Lanka, participated side by side with Israeli officers”.

America has been able to advance two objectives with this naval exercise, firstly that Muslim militaries should be used to collaborating with America even if against another Muslim country, and, secondly, they should become used to welcoming the illegal Jewish entity amongst their ranks, even if they are not able to officially recognise it due to domestic political pressure.

America’s dependence on Muslim militaries is a clear indication of American weakness, not American strength, but the ruling class in Muslim countries still carry the mentality of colonial servants who cannot even dream of challenging their Western masters. Despite their obvious strength, Muslim rulers continue to be humiliated by obedience to the West, like the circus lion trained to dance for its spectators. The affairs of the Muslim Ummah will not be settled until this entire class is overthrown, and we come to be ruled by sincere, indigenous, ideological leadership that serves only our Deen, implementing it at home and carrying its light to the world.

Last month, the Saudi regime entered into conflict with Canada, apparently over statements by Canada’s foreign minister. However, further revelation now of Trump’s anti-Canada position, indicates that Saudi was most likely following America’s direction in attacking Canada. According to the Washington Post:

President Trump on Friday stood by disparaging remarks he made about Canada and its trade relationship with the United States, saying publication of comments he had deemed off the record was “okay because at least Canada knows how I feel.”

Trump, diverting attention from the focus of his scheduled event, Americans’ retirement security, said that Bloomberg News had “violated” an agreement not to report a portion of an interview with him in which he criticized Canada and said he did not intend to make any concessions in the final rounds of negotiations over a revised North American Free Trade Agreement.

There are differences of degree between America’s agents but Mohammad bin Salman is so fully committed to serving the American agenda that he is even willing to engage his country in a dispute that has nothing to do with him.