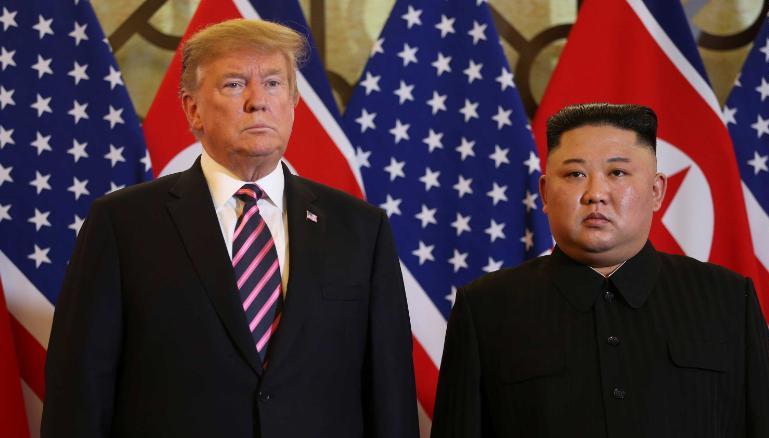 A Sports Hijab has France Debating the Muslim Veil, Again

Plans by a major sporting goods company in France to sell a hijab designed for runners have incited yet another debate over what Muslim women wear, exposing once again the tensions between secularism and religion in the country. France’s longstanding attitudes toward feminism, secularism and the integration of immigrants are at the root of the many controversies, but they are also fueled by recent fears about Islamist terrorism, along with the rise of social media. The most recent debate centers on plans by Decathlon, Europe’s largest sporting goods retailer, to sell the hijab, which covers the wearer’s head and neck. Criticism quickly came from many quarters, with one lawmaker saying that the debate laid bare “this obsession around the veil and Islam.” Decathlon had started selling the sports hijab in Morocco last week and planned to do so in France. The move was quickly criticized on social media, and several politicians expressed discomfort about the product being sold in France. Decathlon initially stood firm, arguing that it was focused on “democratizing” sports and that Muslim women often ran with “ill-adapted” hijabs. “Our goal is simple: to offer them a suitable sports product, without judging,” the company said in a statement on Twitter. It’s unclear why Decathlon became the focus of such criticism. Nike already sells hijabs for runners in France, but it has not faced the same scrutiny, possibly because it’s not a French brand. Some politicians defended Decathlon, with Aurélien Taché, a representative from Mr. Macron’s party, saying that France “would do well” without “this obsession around the veil and Islam.” But Decathlon backtracked and on Tuesday, halting its plans to sell the sports hijab in France after — it said — salespeople were threatened in stores, some physically, and after it received hundreds of calls and emails. One message accused the company of “betraying” France and “contributing to the Islamist invasion,” the company said. [Source: New York Times].

Corporations pretend to defend Islam when profits are involved. However, the same corporations swiftly abandon their support when faced with stiff opposition that will result in huge losses. The West is waging a full-scale war on Islam. Governments, corporations and the public care little about trampling their own sacred values in the pursuit of fighting Islam.

Pakistan says it will release a captured Indian pilot as a “peace gesture” between the neighbours amid the gravest military crisis in the subcontinent in two decades. Imran Khan, the country’s prime minister, told a joint sitting of parliament that the Indian wing commander, Abhinandan Varthaman, who was shot down over the heavily guarded ceasefire line in disputed Kashmir on Wednesday, would be released on Friday. “We have captured an Indian pilot,” Khan said. “As a peace gesture, tomorrow we are going to release him.” Varthaman was shot down on Wednesday during a dogfight in the Himalayan foothills, the first between the countries to be publicly acknowledged for 48 years. It followed tit-for-tat airstrikes this week that have led to the closure of dozens of airports and put major cities on high alert across the subcontinent. A report in Pakistan’s Dawn newspaper on Thursday quoted witnesses who said he had fought off angry villagers with a pistol at the crash site and had tried to swallow and destroy maps and documents in his possession before he was taken into Pakistani custody. Videos released by Islamabad showed Varthaman being beaten by villagers near the crash site and then interrogated in a bloodied uniform. Both were widely shared on WhatsApp and social media. By late evening, in footage that appeared to be aimed at calming public anger in India, the pilot was shown drinking tea and praising the way he was being treated by his captors, who he said were “thorough gentlemen”. Khan’s surprise announcement that he was releasing Varthaman, whose welfare has been a major concern in India, will put pressure on Delhi to reciprocate in a way that eases tensions. But India will be reluctant to do so without extracting some demonstration from Pakistan that it is willing to crack down on Islamist militia groups operating on its soil — an issue that has largely been obscured in the past two days by fears the two nuclear powers may be sliding into war. [Source: The Guardian]

The current standoff is a function of the Kashmir issue. India wants an ironclad guarantee that Pakistan will stop cross border attacks and Pakistan wants dialogue over Kashmir to solve the protracted dispute. In the current circumstances, the latter requires strengthening Pakistan’s hand prior to any negotiations over Kashmir. IK has an excellent opportunity to press Modi who is in a weak position. His party is doing poorly at the polls and has lost recent state elections. Additionally, Modi has no mandate to make concessions over Kashmir. Hence, it is much easier to fracture India’s political medium than Pakistan’s polity and press for a Kashmir solution or wait until after the Indian general elections. Offering the pilot prior to talks will kill any negotiations over Khan’s longstanding objective of resolving the Kashmir conflict. During Kargil, Pakistan was in a much stronger position but capitulated due to American pressure and gave up strategic gains. Subsequently, BJP won the election.  Today Khan is doing another Kargil under US pressure, so that Modi stands a good chance to win the election.

President Donald Trump flew halfway around the world for his hastily arranged second summit with North Korea’s Kim Jong Un, betting that his personal diplomacy could overcome sticking points both sides have known about for years. Now he’s coming home empty-handed. The collapse of talks in Hanoi exposed just how far apart the adversaries are, even after two face-to-face meetings. Kim refused to walk away from his nuclear program — something the regime has resisted for decades. Instead, he offered up one aging nuclear facility but refused to give up his arsenal and other infrastructure — while asking the U.S. to drop all of its sanctions. Even Trump, who’s been eager for a deal, knew he couldn’t go that far. “It was about the sanctions — basically they wanted the sanctions lifted in their entirety and we couldn’t do that,” Trump told reporters at a news conference Thursday in Hanoi after talks were abruptly cut short. “There is a gap. We have to have sanctions and he wants to denuke, but he wants to do areas that are less important than we want.” Kim goes home without a deal, too, but he does so after again winning legitimacy on the world stage, having gone toe-to-toe with an American president for the second time. Trump even said military exercises with South Korea, long a source of frustration for Pyongyang, would remain suspended, in part due to their “$100 million” price tag. Despite the abrupt end, there were extraordinary moments during the two-day summit that suggested the two sides are becoming more at ease. In a remarkable first, Kim answered questions from journalists at the start of his meeting with Trump. Asked if he was ready to denuclearize, Kim responded that he wouldn’t have been in Hanoi if he wasn’t. [Source: Bloomberg].

Trump’s failure was all too obvious. Since the Iraq invasion in 2003, successive American administrations have struggle not just with North Korea but any issue that requires novel political solutions. America’s foreign policy is wrecked and its domestic politics is broken. America is official the sick man of the world drowning in debt, isolated and weak.