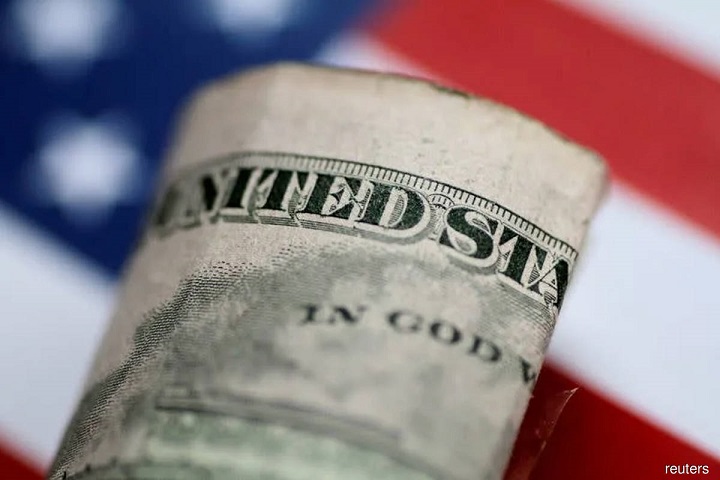 Restricted by the narrowest of majorities for his party in the US Senate, President Joe Biden has resorted to focusing his immediate domestic agenda largely on spending, with Senate rules make finance bills easier to pass. President Trump had already signed a COVID-relief bill for $2.3 trillion at the end of last year but Biden immediately supplemented this by signing a bill of about $2 trillion. Following this, Biden has proposed a $2 trillion plus infrastructure bill, presently being debated in Congress. And this week the Biden proposed the ‘American Families Plan’ at another $2 trillion. And all this new spending comes on top of a $1.5 trillion proposed increase in the federal government budget for next year.

Biden’s decision to focus on spending is not only due to the faulty US political system but also because of a recognition that America needs to strengthen itself economically to contain China. In a lecture this week, former US Secretary of State Henry Kissinger drew attention to the fact that unlike the former USSR, China is an economic power as well as a growing military power, and has what he called ‘developmental technology capacity’ unlike the USSR which had ‘military technology capacity’. However, underlining all this is the unspoken fact that the Western Capitalist economic system fails to generate strong economic activity. Western prosperity is built not on their own economic robustness but on their imperialist exploitation of the wealth, resources and efforts of the rest of the world, through a global political and economic architecture that perpetuates the essence of the formal empires of the 19th century.

The Capitalist economic system is built on freedom of ownership. Such freedom may initially boost economic activity but its end result is the destruction of sound economic relations within society. The economic activity of the elite, with their capital and their entrepreneurship, becomes detached from the economic activity of the masses, who toil on in mundane low productivity labour. The destruction of economic relations is complemented by the destruction of social relations that comes from embracing freedom of the individual. Family and community almost disappear as society is atomised, each individual separately dependent on a massively expanded state overwhelmed by bureaucratic inertia and unpayable financial deficits. Biden’s proposed American Families Plan only furthers the role of the state by making it responsible for such measures as universal child care and pre-schooling, encouraging parents away from caring for their own children, which is the last element of family life that still has some existence in the West.

The Western secular liberal Capitalist ideology presents only the illusion of success; in reality it is destroying itself from within. But the outward façade will remain until the world finds an alternate. That alternate is not China, which is experiencing only a final burst of exhausted Communist energy, nor Russia, which has abandoned Communism and is now experiencing the ills of Capitalism. The only alternate is Islam, which must resume its position in the international order through the re-establishment of the righteous Islamic Khilafah (Caliphate) State on the method of the Prophet (saw), reunifying all Muslim lands, liberating occupied territories, restoring the Islamic way of life, and carrying the message of Islam to the entire world.

In an interview on state television this week, Saudi Crown Prince Mohamad bin Salman discussed resolving differences with Iran in remarks that came after the Financial Times broke the news of secret talks hosted by Iraq between Saudi and Iranian intelligence and security officials. “We are working with our partners in the region and the world to find solutions for these problems,” he said. “At the end of the day, Iran is a neighbouring country. All that we ask is to have a good and distinguished relationship with Iran.” This is despite having compared Ayatollah Khamenei to Adolf Hitler in 2018. So, what has changed? Quite obviously it is the shift in US foreign policy from Trump to Biden. While the underlying American plan for the region remains unchanged, the Biden administration is making renewed efforts to conclude local conflicts on US terms in order that America can redirect its attention to other matters, such as China and Russia. According to an Iranian analyst quoted by the New York Times, “America is disengaging from the Middle East, drawing down troops and focusing on Asia, and having a balance of power between Saudi Arabia and Iran will make this exit easier.” America is engaged in building a political architecture within the Middle East that enables it to maintain its imperialist command of the region, and the rulers of Muslim countries, who are agents to the West, are apparently completely incapable of independent thinking and decision-making and cooperate fully and completely in America’s plan.

Western media is focusing in on the COVID-19 pandemic surge in India this week, where hundreds of thousands of new cases are being reported daily and total deaths have climbed to 200,000. The attention to India provides a welcome distraction from its own disastrous management of COVID-19, which has otherwise been the worst in the world. Indian Prime Minster Narendra Modi has indeed made mistakes in his management of the crisis. But the Western media, in comparing these numbers to Western countries, is ignoring the vast size of the Indian population, on the basis of which Indian rates of infection and death are still much lower than the West. The Western secular liberal Capitalist lifestyle in harmful even in health terms. This lifestyle has led to poor diet with an excess of processed food, unhealthy overworked routines and poor social life, highly insular housing and office spaces with insufficient ventilation, and excessive dependence on artificial lighting and lack of direct sun. Western health systems are an added complication, overly dependent on highly-expensive hospital-based care due to weak or non-existent social support from families and communities, and perverted by the crude commercial logic of big pharmaceutical and healthcare companies. The West have also failed to understand the correct measures to isolate the disease. It is not individuals that have to be placed in lockdown, which only further compounds poor lifestyle issues; instead areas of disease outbreak have to be geographically sealed, as stipulated by Islam, in order to prevent rapid spread of disease within the population. When big cities like New York were put under lockdown, those who had migrated there for work inevitably fled to their home towns, for reduced cost-of-living and improved social support, thereby accelerating the spread of the virus across the whole country. The same indeed happened in India last year, when Modi forcefully and suddenly implemented a particularly harsh individual lockdown in major Indian cities, and it is more likely the results of that that are showing up in the data now, as seasonal change intensifies its effects. Pandemics are a natural occurrence; but the suffering that the world is having to endure at this time is more due to gross Western mismanagement and faulty leadership rather than the disease itself.