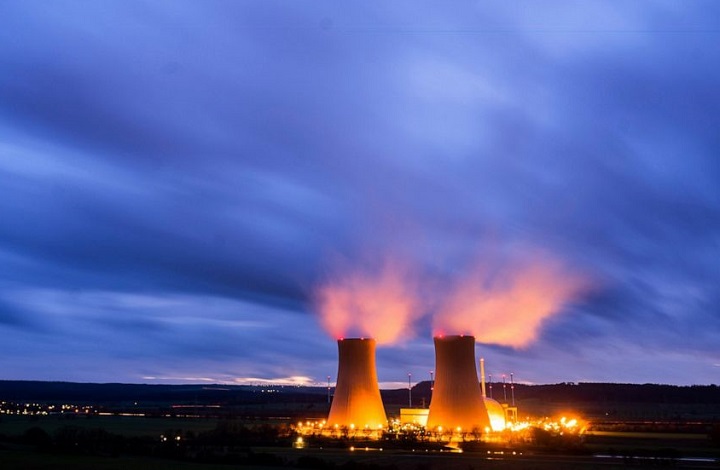 According to a Reuters report this week, ‘Germany will pull the plug on three of its last six nuclear power stations on Friday, another step towards completing its withdrawal from nuclear power as it turns its focus to renewables.’ Germany is expected to end its dependence on nuclear power in this present year, finally concluding the exit from nuclear power that had been announced by Chancellor Angela Merkel in response to protests after the 2011 Fukushima nuclear incident in Japan. The long-term objective is to switch to renewables – solar and wind power; but in the short-term ending nuclear power only makes Germany more dependent on hydrocarbons – oil and gas. In addition to being bad for the environment, hydrocarbons must mostly be acquired from abroad. Europe and China are unusual in being vast economically powerful regions that are also severely energy deficient and heavily dependent on importing energy in the form of oil and gas from the rest of the world. This severe need led Germany to ignore American protests in the construction of the Nord Stream 2 pipeline delivering Russian gas directly to Europe bypassing the Ukraine, which is again seeing conflict this year.

In truth, the Capitalist economic system fails to properly develop economic fundamentals. The Western world is only economically powerful because of its imperialist foreign policy, that pursues exploitation of resources and labour from the rest of the world. The Muslim Ummah has the potential to be an economic giant not only because of its huge population and vast resource wealth but because the Islamic systems properly develop socioeconomic fundamentals, resulting in high local productivity backed by resilient local family and community support. Islam views energy supplies as a shared public resource that must not be exploited for commercial profit. Furthermore, Muslims are commanded to be highly responsible in their use of public resources. To take the example of another public resource, the Noble Prophet (saw) was highly conscientious in the use of water for washing, even carefully returning unused water to the stream instead of simply discarding it.

Western civilisation has little to offer the world other than deprivation and misery. It is time for the Muslim Ummah to offer humanity an alternative by re-establishing the Islamic Khilafah (Caliphate) State on the method of the Prophet (saw) that shall unify all Muslim lands, liberate occupied territories, implement the Islamic sharia, revive the Islamic way of life and carry the call for Islam to the entire world.

According to an Associated Press report this week, ‘Satellite images taken this week over the Syrian port of Latakia show the smoldering wreckage after a reported Israeli missile strike, hours after firefighters contained a massive blaze.’ The illegal Jewish entity attacks Syria, and indeed any Muslim land whether adjacent to it or further away, with complete impunity, in the safe knowledge that it will neither be stopped nor suffer any repercussions as a result of its illegal actions. It is not enough to blame the illegal entity for this, as it is in reality merely an extension of the West into the heart of Muslim land. The West’s international norms protecting nation state sovereignty simply do not apply to strikes by the West on non-Western countries. Implicit within these norms is that they are codes of conduct for ‘civilised’ countries in their dealings with each other. They are also intended to protect the West from any harm from non-Western countries. But they have never prevented the West from attacking others, who are in effect viewed as not civilised enough to be entitled to protection. There is therefore no value in appealing to ‘international’ forums against the actions of the illegal entity, as these forums are all established by the West in accordance with their prescribed international norms. Muslim land will only be properly secured and its occupied territories fully liberated once the Muslim Ummah re-establish their Khilafah State.

According to a report at Al Jazeera, ‘Sudanese security forces have shot four people dead during nationwide protests, a doctors’ group said, as tens of thousands of people marched against military rule.’ The report adds, ‘In a statement on Friday, police authorities confirmed the death toll and said 297 protesters and 49 police officers had been injured. At least 52 people have been killed by security forces since pro-democracy activists launched a campaign of street demonstrations against an October 25 coup, according to doctors.’ The rulers of Sudan, as with the rest of the present rulers of Muslim lands, have been imposed on the Muslim Ummah by the West. America stands behind the Sudanese government, an official statement largely limiting itself to saying, ‘The US embassy reiterates its support for peaceful expression of democratic aspiration, and the need to respect and protect individuals exercising free speech.’ The call for ‘peaceful’ ‘aspiration’ serves Western interests quite well. It is the true reality of democracy, even in the West itself, whose own governments are beholden to elite vested interests. With Allah’s permission, the Khilafah State shall not only uproot all Western influence from the affairs of Muslims but also provide the world with an alternate model of governance that fully empowers the Khalifah, thus preventing his capture by a vested elite, while firmly restricting him to rule in accordance with Islam and the interests of the Muslim Ummah.

Russian President Vladimir Putin said this week, “What are insults against the Prophet Muhammad [saw]? Is this creative freedom? I think not. This is a violation of freedom of religion and a violation of the holy feelings of people who profess Islam, and this brings to life other, even more, acute and extremist manifestations.” Putin has no real interest in respecting Islam, and has only reinforced Russia’s oppression of Muslims during his rule, including the brutal suppression of Muslims in occupied territories such as Chechnya. But Putin is at the same time fearful of the increasing Muslim population within Russia, saying, “Russia was formed as a multinational and multi-confessional state, and we are used to basically treat[ing] each other’s interests and traditions with respect.”

Russia in fact owes its origins to Islam. The rulers of Moscow achieved supremacy over neighbouring areas because they were appointed by their Muslim Tartar overlords to collect tribute from those areas on their behalf, in accordance with the yarlyk, or decree, of the Khan. Later, in the time of Ivan III, Russia attempted to obfuscate this history through falsely attributing the origins of Moscow’s rulers to Kiev, the capital of present-day Ukraine. Putin, also, has spoken much about the historic links between Russia and Ukraine but he has yet to speak about the links that preceded those that were with Islam.

The re-established Khilafah State shall be Russia’s largest geographical neighbour, sharing its longest border. The Khilafah State shall also be a great power equalling or surpassing Russia on account of its vast population, great resources, huge size, superior geopolitical location, and Islamic ideology. However, after retaking its occupied territories from Russia, the Khilafah State will not need to impose itself on Russia by force. With Allah’s permission, the evident superiority of its Islamic civilisation shall be sufficient to return the people of Russia to loyalty to Islam.