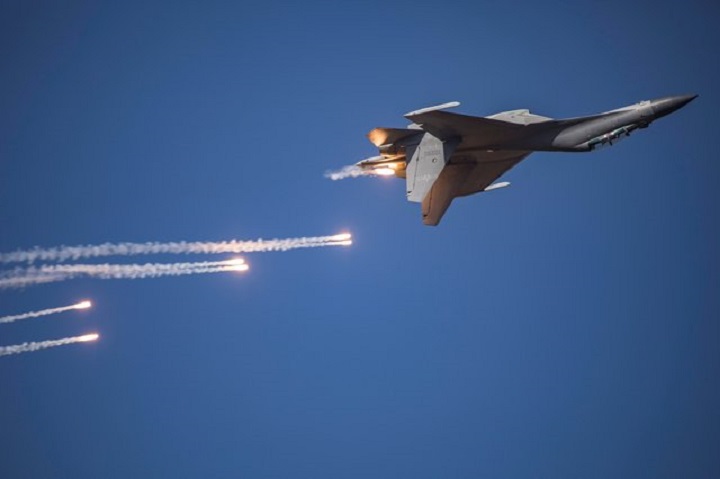 Headlines:
EU Leaders Seek Unity on How to Face China and US
US Diplomat to Hold Key Talks on Afghan Issue
Taipei Warns that China will be Able to Invade Taiwan by 2025

EU Leaders Seek Unity on How to Face China and US

EU leaders will have a hard discussion on Europe’s place in the world on Tuesday as they seek unity on how to approach ties with superpowers China and the US. The 27 heads of state and government are set to converge on Brdo Castle in the former Yugoslav republic of Slovenia, the country that currently holds the EU’s rotating presidency. While no concrete outcome is expected from the meeting, “this is the first time leaders have met since June, and with everything that has happened, that seems ages ago”, a senior EU diplomat said. The dinner takes place on the eve of an EU-Western Balkans summit in which countries to the bloc’s east will seek assurances on one day joining the European Union. At the dinner, leaders will have a “strategic discussion on the role of the Union on the international stage”, according to an invitation letter sent out by EU Council chief Charles Michel, the former Belgian prime minister who organises summits. French President Emmanuel Macron is expected to again warn his partners that Washington’s close allegiance to Europe is no longer a given, with Paris still smarting over the cancellation of a massive submarine contract to the benefit of the US. “It would be a mistake to pretend that nothing happened,” said a French presidency source ahead of the talks. France was infuriated last month when Australia cancelled a deal for French submarines worth tens of billions of dollars, saying it would pursue US nuclear versions as tensions rise with China. EU partners have expressed solidarity with Paris to varying degrees, with Baltic and Nordic countries reluctant to criticise the Cold War superpower that they deem their ultimate protector against Russia. German Chancellor Angela Merkel, the EU’s most influential leader for the past 15 years, will attend as coalition talks advance by inches in Berlin to come up with the government that will replace her. Merkel’s cautious, pro-US strategy has dominated Europe and her imminent departure will see leaders like Macron, Italy’s Mario Draghi and Dutch Prime Minister Mark Rutte seeking to make their mark. As leader of Germany, the EU’s export powerhouse, Merkel has also always encouraged close ties with China, but this has also proven harder to defend as Chinese President Xi Jinping’s leadership turns more centralised and hard-line. The relationship with Beijing grew even more complicated when an EU-China investment deal wanted by Germany was put on indefinite standby after both sides exchanged tit-for-tat sanctions over the treatment of the Uyghur Muslim minority in China. [Source: France24]

US Diplomat to Hold Key Talks on Afghan Issue

The US used Pakistan to lean on Taliban to take power. Now the US wants to use Pakistan to ensure that the political setup in Afghanistan proceeds according Biden’s wishes. When will the civil and military leadership of Pakistan end its subservience to the US? Decades of subservience to US foreign policy has undermined Pakistan’s territorial sovereignty, and more of the same will result in more trouble for Pakistan.

Taiwan’s defence minister has warned that China will be fully capable of invading the island by 2025, in the government’s first clear message to the public that the country faces a threat of war. Chiu Kuo-cheng issued the warning after almost 150 Chinese warplanes operated in international airspace near Taiwan between Friday and Monday. “The current situation is really the most dangerous I have seen in my more than 40 years in the military,” Chiu said in a question-and-answer session with lawmakers about a NT$240bn ($8.6bn) special defence budget for anti-ship missiles and warships. “If they want to attack now, they are already capable. But they have to calculate at what cost it would come and what results it would have,” Chiu said. “From 2025, they will already have lowered the cost and the losses to the lowest possible level, so . . . they will have the complete capability.” The remarks follow appeals by Taipei to the international community to support the country against Chinese aggression. On Tuesday Tsai Ing-wen, the president, issued an urgent appeal to stand with Taiwan. Other democracies “should remember that if Taiwan were to fall, the consequences would be catastrophic for regional peace and the democratic alliance system. It would signal that in today’s global contest of values, authoritarianism has the upper hand over democracy,” she wrote in Foreign Affairs. Over the past year, Beijing has dramatically increased air and naval operations close to Taiwan. According to Taiwan’s defence ministry, 672 Chinese warplanes have flown into Taiwan’s air defence identification zone this year, far outpacing the 380 recorded in 2020. Some US officials and many experts have played down the significance of the People’s Liberation Army flights, saying that they were not the prelude to war but aimed instead at intimidating Taiwan and wearing down its air force, which scrambles fighters in response. Tiffany Ma, a Taiwan expert at Bower Group Asia, a consultancy, said it was too early to sound alarm bells. “The fact that China may have the capability under specific scenarios and conditions doesn’t necessarily mean that the intention is there,” said Ma. “For the PLA to militarily take Taiwan, it is going to be very costly. And China is developing a huge toolbox of ways to pressure Taiwan before taking a shot and raising it to the kinetic level.” However, there are concerns in Washington. In March Admiral Philip Davidson, then head of US Indo-Pacific command, told Congress that China might attack Taiwan within six years. Other commanders have also privately expressed concern that China may act more quickly than most experts on the Chinese military believe. But Taiwan’s government has long feared that discussions about preparing for a Chinese attack would undermine public morale. US officials and experts have repeatedly criticised Taipei for being complacent and doing too little to strengthen its defences. [Source: Financial Times].

The issue is not whether China has the military capability to take back Taiwan or not. The real issue has to do with China’s willingness to seize Taiwan. Today, China lacks the political will to challenge America, and this will remain the case for quite some time.