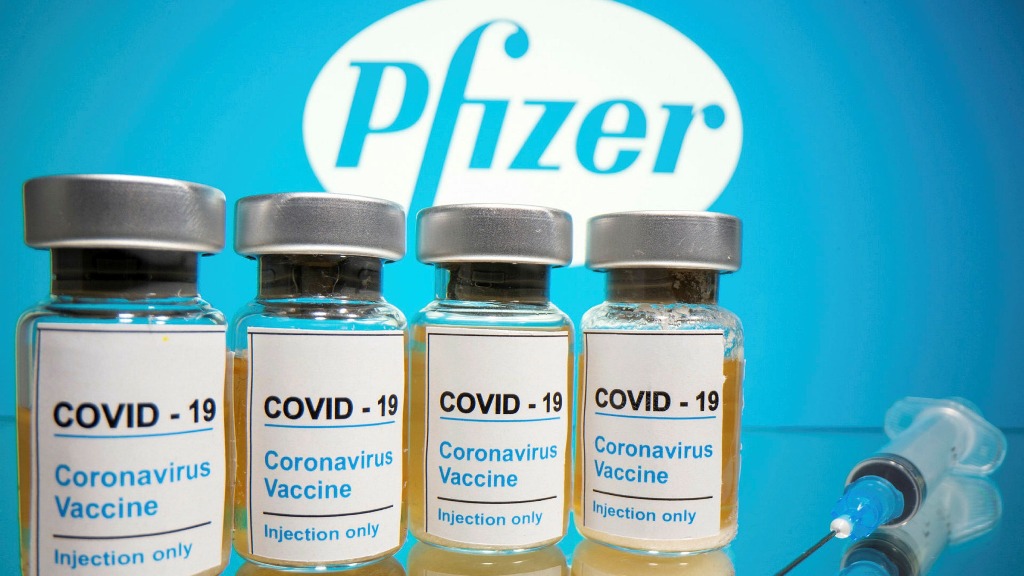 Pfizer and BioNTech Announce an Excellent Vaccine Against Covid-19, but Vaccine Technology First Came to the West From the Muslim World

CNN reported on the 10th of November that the brains behind the new mRNA-based Covid-19 vaccine, which is more than 90% effective at the half way stage in phase 3 clinical trials, are both of Turkish origin and: “Chief Executive Sahin and Chief Medical Officer Tureci are listed among Germany’s 100 richest people.” They cofounded a company called BioNTech, which “assigned 500 of its staff to work on the project.” BioNTech is the second biotechnology company that they founded and they are being hailed as an example of the value that foreign immigrants can bring to Germany. CNN’s headline was “The scientists who developed the Pfizer/BioNTech Covid-19 vaccine are a Turkish-German power couple.”

There are many scientists from the Muslim world who have left their home countries and made great scientific achievements in Europe and the US, but why do we rarely hear of similar achievements arising from within the Muslim world. There is no shortage of scientific talent in Turkey and other Muslim countries, and high intelligence is widespread amongst people of all cultures. To be fair, Turkey is developing its own vaccines for Covid-19 according to the Turkish media, which reported that “two vaccines developed by Erciyes University in the central province of Kayseri and another by private company Koçak Farma were close to human trials.” However, there is no comparison between the scale of Turkey’s investment and that of Germany. While it is fair to honour the achievement of the two Turkish scientists who set up BioNTech and led the development of a new vaccine technology, it is also fair to mention that they had a team of 500 people working with them on the project. That level of investment in human resources made it possible for a good idea to become reality. Such good ideas and hopeful dreams are born and die continuously in the universities of the Muslim world. If ideas never develop into reality, the failure is a failure of leadership and this is a political failure. Some might say that it is an economic one and that in the West Capitalism allowed for funds to be raised in support of hopeful ideas to build small venture enterprises and make room for the successful companies to be developed further. However, Capitalism is adopted everywhere in the Muslim world since the destruction of the Khilafah (Caliphate). Wealth abounds and there is no shortage of banks, but still people and their dreams that die prematurely.

Edward Jenner is credited in text books worldwide as the founder of the concept of vaccination in 1796 when he used Cow Pox virus as a vaccine to protect against Small Pox. However, it was the Ottoman world that brought awareness of vaccination to England. Small Pox killed about half a million people in Europe each year during the 18th Century, but the Muslim world was largely protected from Small Pox at that time due to vaccination. In 1718 Lady Montagu, whose husband was ambassador to Turkey, had her six-year-old son vaccinated in the capital city of the Ottoman state. She wrote to a friend “…I am going to tell you a thing that I am sure will make you wish yourself here. The small-pox, so fatal, and so general amongst us, is here entirely harmless by the invention of ingrafting, which is the term they give it. There is a set of old women who make it their business to perform the operation every autumn…. Every year thousands undergo this operation…. There is no example of any one that has died in it; and you may believe I am well satisfied of the safety of the experiment…. I am patriot enough to take pains to bring this useful invention into fashion in England; and I should not fail to write to some of our doctors very particularly about it.” Lady Montague was not alone in wishing all her friends to have the good fortune of enjoying the benefits of life in the Ottoman state. In 1714, a letter written by Emanuel Timonius was circulated around Europe stating that vaccination against Small Pox was being used very effectively “among the Turks and others at Constantinople.” After reading this letter, Cotton Mather who was a Christian Minister in North America responded that he had an African slave who came from what is now called Libya who “had undergone an operation, which had given him something of the smallpox and would forever preserve him from it; adding that it was often used” amongst his people. It was being used widely in North Africa before 1700 according to a letter in Arabic by an ambassador from Tripoli, Cassem Algaida Aga: “… out of a hundred Persons inoculated not two die; whereas on the contrary, out of a hundred Persons that are infected with the Small-Pox the natural Way, there die commonly about thirty. It is withal so ancient in the Kingdoms of Tripoli, Tunis and Algier, that nobody remembers its first rise: and it is generally practised not only by the Inhabitants of the Towns, but also by the wild Arabs.” There is also a lengthy account by Dr. Patrick Ruffell published in 1768 describing vaccination knowledge against Small Pox amongst the Arabs in Aleppo, where “those of 70 years and upwards remembered to have heard it spoken of as common custom of their ancestors.”

Turkey was rebuilt as a secular country and Capitalism has been imposed upon it since 1924 and yet it has not maintained or restored its former glory and leadership. Mustafa Kamal conspired against the Ottoman Khilafah and he founded a secular republic promising a great new future for Turkey. He redesigned the language of the people, insulted the Islamic culture, murdered those who did not embrace his secular program, and he died 82 years ago on the same day as the CNN reports about the scientists of Turkish origin. Turkey and the Arab world and the wider Muslim world are rich in human resources and all other resources, but this potential is wasted in the absence of the sincere ideological leadership that would unite the intellects and wealth of the people within a single state that would strive in the service of every development that would bring prosperity and peace to all.