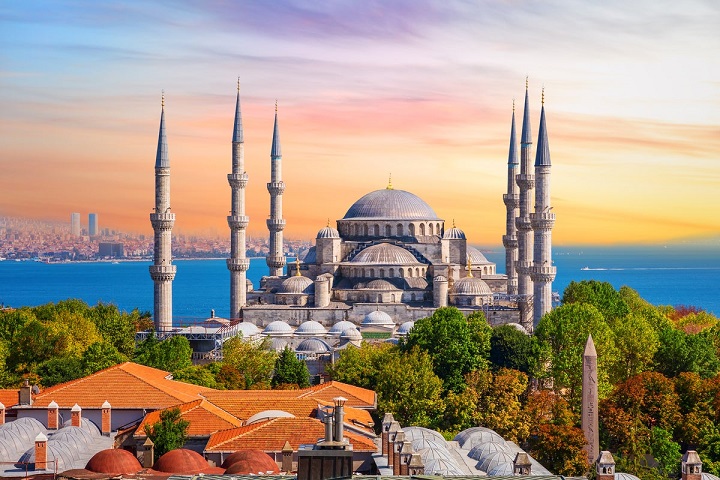 The Turkish Ministry of Health has published a “Brief History of Vaccines in Turkey” on its Covid-19 vaccination information platform (https://covid19asi.saglik.gov.tr/EN-80228/brief-history-of-vaccines-in-turkey.html), which says that “vaccination (in fact, variolation) then in practice among the people of Istanbul” was described by the wife of a British ambassador, which was about 80 years before Edwards Jenner’s development of a vaccine. The site continues to describe how seriously Ottoman Caliphs took the subject of contagion and vaccination, and mentions Sultan Abdul Hamid II’s sizeable financial commitment to Louis Pasteur towards the establishment of the Pasteur Institute and the training of three specialists from the Ottoman State, which started work on a rabies vaccine 3 years after its development at the Pasteur Institute. The Turkish Ministry of Health page also described continuing developments through to its recent post-Ottoman history. Presumably the Health Ministry posted this information on its Covid-19 site to encourage vaccine acceptance by Turkish people who may have been hesitant after hearing so many crazy conspiracy theories imported from western social media pages warning of dangerous side effects from vaccines. In fact, conspiracy theories born in the West have been translated and circulated widely in many Muslim countries and some Facebook social media pages have sought to counter the vaccine conspiracy theories by reminding Muslims that the Ottoman Caliphate took care of people’s affairs and took medical practice and research very seriously. In other words, trust in Allah does not mean: wait to be infected with Covid-19 when there are effective means of protection against this pandemic.

Facebook has wrongly tagged a number of these page posts about vaccination during the Ottoman era as “False information Checked by independent fact-checkers” and these so-called fact checkers come from the French media organization AFP (see links 1 and 2 below), which explains that: “AFP launched its digital verification service in France in 2017 and has grown to become the leading global fact-checking organization…focusing on items that can be harmful, impactful and manipulative.”

An important question is, who is fact checking the anonymous fact checkers who themselves serve to “manipulate” in a “harmful, impactful” way Muslim mentalities by distancing Islamic culture from scientific advancement, and appropriating science as something special to the West and alien to Islam? It cannot be overstated just how dangerous this trend is. While it can be argued that the successes and failures of the past are just academic history, the attempted manipulation of Muslim minds into accepting to sit in one of two opposing camps: lover of Islam or lover of science, is a form of cultural colonization that exists today, and that is why Muslims should not accept to surrender the final word on their history to a French “fact-checking” organization. So what are the facts of this matter?

A British physician called Edward Jenner is widely, but falsely, claimed to be the inventor or introducer of vaccination in 1796. In a trivial sense, and only in a trivial sense, he is the inventor; but in the modern sense, he is neither the inventor nor the introducer of vaccination! In the modern sense, vaccination is prophylactic prior exposure to a pathogen, or a piece derived from a pathogen, that induces a protective immune response against subsequent infection. Vaccination in this sense was used to protect people against the devastating viral disease smallpox in various parts of the world and its exact origins are not clear, but it became popular in England through the writings of English visitors to Ottoman lands (as summarized in the section at the end of this comment) where the practice was being used with great success. The French philosopher Voltaire, in his “Letters concerning the English nation” (1733) praised Lady Mary Montagu as “a woman of as fine a genius, and endued with as great a strength of mind, as any of her sex in the British kingdoms’, who learned of inoculation in Constantinople (where her husband was British ambassador), and introduced the practice in England.”

So in what trivial sense could Jenner be perhaps described as the founder of vaccination? Jenner, like the Ottomans before him, wanted to protect people against smallpox. The virus causing the disease is called “Variola” from the Latin word for spotted in reference to the skin lesions it caused, and the practice of vaccination by using a small amount of puss or ground scabs from an infected person and scratching this material into the skin of an uninfected patient was at that time called “Variolation” after the name of the disease. This practice caused mild symptoms in most people, and fatalities were much rarer than in people who were infected naturally with smallpox.

Jenner’s contribution was to popularize, through public experiments in 1796, the use of puss and scabs from a related disease called cowpox, which is caused by the virus named Variola vaccinae. The virus that causes Cowpox in cows can infect humans without causing serious symptoms, and because it is so similar to the virus causing smallpox it is able to protect people against subsequent infection with smallpox; without the risks associated with using the smallpox virus as a vaccine. The Latin word for cow is “vacca” and Jenner used the word “vaccination” simply to emphasize that his vaccine came from cows, and hence was a safer alternative to the original Variola vaccine derived from human smallpox. Therefore, we can say that Jenner promoted the use of puss from cows rather than humans to protect people against smallpox, and hence his vaccine was named in English after the Latin word for a cow: “vacca”.

Subsequently, Louis Pasteur used the word “vaccine” to describe his rabies vaccine, and so the word “vaccine” came to refer to protecting against any disease using a prior exposure. In which case, this is exactly what the Ottomans were doing at least a century earlier. If AFP fact checkers want to insist that vaccination was invented by Jenner, then they should say that vaccination ended in 1980 when the World Health Assembly declared the disease to have been eradicated. On the other hand, if vaccination in the sense that Louise Pasteur used it is meant, then variolation, as practiced by the Ottomans, is a vaccination in the same modern sense that any other vaccination is. Oddly, the oldest surving sample of a vaccine comes from 1902, and its DNA was recently sequenced showing that it comes from a horse and not a cow: “It is still a mystery which virus early vaccinators and vaccine manufacturers used as the smallpox vaccine … In fact, CPXV (CPXV is the cowpox virus) has never been detected molecularly in any smallpox vaccine” according to Brinkmann et al (2021)!

What matters is not the name of a specific virus or the source of a specific vaccine, but that Western colonialists have deleted or minimized science in Islamic history, in order to alienate Muslims from their past and to see only the false dichotomy that the future is a choice between Islam or science. In reality, science is not a unique product of Western thought, and neither is Western thought an inevitable product of science.

Summary of English reports of vaccination in Ottoman lands

In 1718 Lady Montagu, whose husband was ambassador to Turkey, had her six year-old son vaccinated in the capital city of the Ottoman state. She wrote to a friend “…I am going to tell you a thing that I am sure will make you wish yourself here. The small-pox, so fatal, and so general amongst us, is here entirely harmless by the invention of ingrafting, which is the term they give it. There is a set of old women who make it their business to perform the operation every autumn…. Every year thousands undergo this operation…. There is no example of any one that has died in it; and you may believe I am well satisfied of the safety of the experiment…. I am patriot enough to take pains to bring this useful invention into fashion in England; and I should not fail to write to some of our doctors very particularly about it.” Lady Montague was not alone in wishing all her friends to have the good fortune of enjoying the benefits of life in the Ottoman state. In 1714, a letter written by Emanuel Timonius was circulated around Europe stating that vaccination against Small Pox was being used very effectively “among the Turks and others at Constantinople.” After reading this letter, Cotton Mather who was a Christian Minister in North America responded that he had an African slave who came from what is now called Libya who “had undergone an operation, which had given him something of the smallpox and would forever preserve him from it; adding that it was often used” amongst his people.

It was being used widely in North Africa before 1700 according to a letter in Arabic by an ambassador from Tripoli, Cassem Algaida Aga: “… out of a hundred Persons inoculated not two die; whereas on the contrary, out of a hundred Persons that are infected with the Small-Pox the natural Way, there die commonly about thirty. It is withal so ancient in the Kingdoms of Tripoli, Tunis and Algier, that nobody remembers its first rise: and it is generally practised not only by the Inhabitants of the Towns, but also by the wild Arabs.” There is also a lengthy account by Dr. Patrick Ruffell published in 1768 describing vaccination knowledge against Small Pox amongst the Arabs in Allepo, where “those of 70 years and upwards remembered to have heard it spoken of as common custom of their ancestors.”