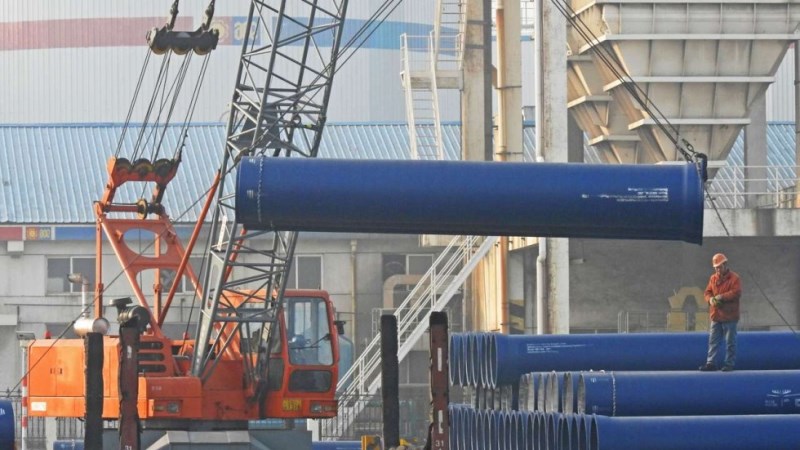 Recently Donald Trump announced via his Twitter feed that the US would be implementing new punitive tariffs on steel imports (at 25%) and aluminum imports (10%) to the US. Although highly unusual for a President to announce such policies via social media, Trump likes to see himself as different, and a master negotiator. The move was accepted as the opening shots in a more aggressive trade policy by the US, particularly against China, who maintained last year an enormous $500 billion trade surplus with the Americans.

The simplistic view which Trump argues is that other countries take advantage of the US with aggressively priced materials and goods. Pricing strategies which disadvantage US producers and help fuel the large deficit. Another perspective is that as the issuer of the de-facto world currency (the US dollar) the US is funding the world’s largest military and a lavish lifestyle at the expense of all the countries that sells their goods and accept the constantly devaluing US paper money in return. China holds close to 2 trillion dollars worth of US Treasury bills, and will be hit hard by the decline in value of these bills should interest rates continue to rise and by the new steel tariffs (taxes).

Despite the rhetoric of global leaders including Trump calling for free trade, the world continues to be a protectionist place.

The argument for open trade between nations is compelling. Those with a competitive advantage in some goods can trade with others with advantages in other goods or services, thereby benefitting both with lower prices, greater specialisation and more trade. The key argument against free trade is that it allows some to dominate key markets and strategic industries to the detriment of local producers.

But the US, UK and other major countries have always been protectionist despite their rhetoric otherwise. And Donald Trump is only returning to what his predecessors in the White House have done on many occasions.

Alexander Hamilton – the first US Treasury Secretary and Architect of the modern American economic system in 1789 – argued that industries in their infancy needed protection, he also insisted upon public investment in infrastructure.

President Ulysses Grant once said in response to British pressure for free trade: “within 200 years, when America has gotten out of protection all that it can offer, it too will adopt free trade”. Andrew Jackson – employed tariffs in the region of 35 and 40%. Abraham Lincoln implemented even higher tariff levels. These protectionist policies helped a fledgling US economy to develop.

The British too were protectionist, for example of their new woolen and textile industries.

Trump is merely continuing the tradition of modern day western liberal capitalist leaders. They all call for “free trade” with the developing world, but in today’s world this means:

    Open up your markets to our goods

    Devalue your currency – let us buy your goods at a discount

    And to top it all, take out expensive loans from the IMF and World Bank that will enslave your economy to us for decades.

The fallacy of such policies can be seen that the US and UK, both prominent members of the IMF, would never adopt such plans for their own economies.

There is a better way

The Khilafah Islamic State (Caliphate) is an ideological state and not merely focused on economics or doing the best deals (Trump’s perspective). So it will sometimes do favourable trade deals with countries which it wants to nurture a strong relationship with – this can be a Dawah aim or longer term strategic objective for key commodities or services.

In essence protectionism is forbidden in Islam.

Ahmed and Ubu Ubayd reported on authority of Uqbah ibn Amir that the Messenger of Allah ﷺ said: «لا يدخل الجنّة صاحب مكس»  “He who imposes maks (customs duties) would not enter Paradise”

However, when such taxes are imposed, they can also be applied via reciprocity in return; if the Khaleef so chooses.

But the question goes far beyond the application of punitive taxes or not. The notion of free trade needs to be re-examined. Western powers focus too much on the simple balance of trade, deficits and exploiting other nations for resources. The Islamic State is active in the nation’s trade policies to ensure other states are managed with reciprocity, to provide the country’s needs including monetary gains, strategic assets and foreign currency. And most importantly, to carry the call for Islam.