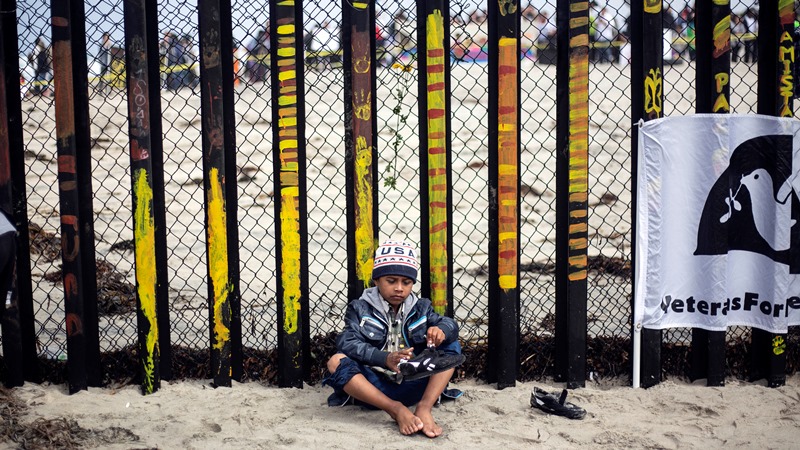 The US federal government has placed thousands of unaccompanied immigrant children in the homes of sponsors, but last year it couldn’t account for nearly 1,500 of them. Steven Wagner, a top official with the Department of Health and Human Services, disclosed the number to a Senate subcommittee last month while discussing the state of the Office of Refugee Resettlement (ORR) that oversees the care of unaccompanied immigrant children. (CNN, May 27, 2018)

Where are these famous lines found, “Give me your tired, your poor, Your huddled masses yearning to breathe free”? Surprisingly these lines are engraved below the Statue of Liberty, the symbol of freedom associated with welcoming immigrants to the United States.

And the latest round of trampling over inherent human rights where immigrants seeking asylum or a better life fleeing from their homeland’s severe situation from extreme poverty, civil, tribal or political war or conflict, women and children are being denied entry and forcibly separated by the US Border patrols even those who enter the official Port of Entry following legal procedure. Sad and heart wrenching daily incidents of physically separating children even infants from their mothers and left clueless to where their children are taken for as long as months with their whereabouts unknown to their parents or families. Children are placed in makeshift shelters with some human rights activists describing it as inhumane circumstances with no communication between children of parents. All this is in response to tighter immigration control procedures following Trump’s call for stricter immigration laws. Then for the parents to receive devastating news that the government can no longer account for the missing 1500 children is the worst news to parents, especially after traveling long and costly perilous journeys to arrive to the US in hopes of having a better life and a new start for themselves and their children.

Sen. Rob Portman, R-Ohio, said, “It’s just a system that has so many gaps, so many opportunities for these children to fall between the cracks, that we just don’t know what’s going on — how much trafficking or abuse or simply immigration law violations are occurring.”

The United States government is quickly falling into a quagmire of controversies especially during the Trump administration where Trump frequently finds himself in the limelight with his highly provocative comments and questionable practices.

America with its booming claims of championing democracy and human rights is proving to be biggest hypocrite stomping on their claims of asylum and human dignity yet it is even sadder that immigrants seeking to pursue a better life in a foreign land was most likely due to the meddling of the Western nations in their homelands wreaking misery through various sanctions and manufactured conflict, thereby forcing innocent people and children to flee their homeland to the motherland of all conflicts.