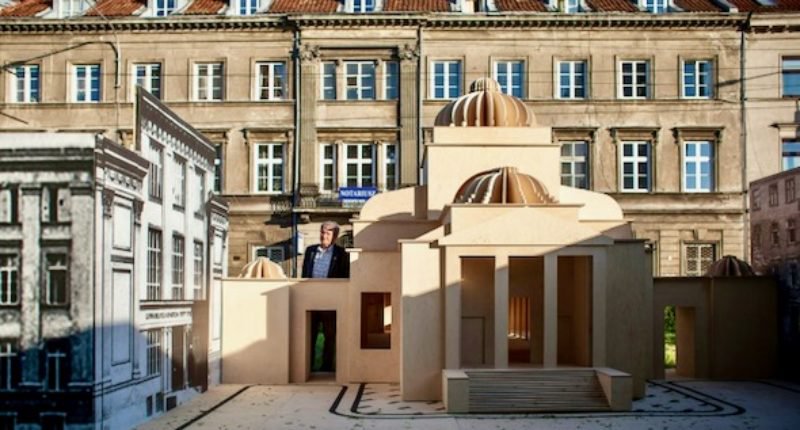 Reuters reported on the 11th of May: “Polish far-right supporters protest against a U.S. law on the restitution of Jewish property seized during or after World War Two,” and that 3 million of Poland’s Jews were killed in the Holocaust. The Justice for Uncompensated Survivors Today (JUST) Act obliges the U.S. Department of State to report to Congress on the progress of countries that signed the Terezin declaration in 2009 pledging the restitution of Jewish assets seized during or following World War Two. The slogans of the demonstrators read, “Poland has no obligations” and “Holocaust hyenas” and the Polish Prime Minister, Mateusz Morawiecki, echoed this saying “We will not allow any damages to be paid to anyone because it is us who should get damages.”

Prime Minister Morawiecki’s point was that Poland was occupied by Nazi Germany and hence all Poles, not just its Jews, were victims together of a foreign occupation. However, the Jewish entity’s foreign minister Katz had another view: “Poles collaborated with the Nazis, definitely. As [former prime minister] Yitzhak Shamir said, they suckle anti-Semitism with their mothers’ milk.” Debate will continue about the role of Poles in the Holocaust, but one thing repeats itself in Europe and that is that the espousal of ‘liberal’ values has failed to quench racist and virulent forms of nationalism that threaten minorities with persecution from East to West. One more thing that is not new is the application of double standards in the matter of racism.

The liberal democracies that call for compensating Jews are strangely silent about the return of Palestinian property and lands stolen by Jews in the bloody war for the creation of ‘Israel’ in 1948 and its further expansion in 1967. Indeed, Trump’s administration has recently recognized ‘Israel’s’ sovereignty over the occupied Golan Heights, and Haaretz reports today, 13th of May, that Trump’s ugly peace plan will include recognition of ‘Israeli’ sovereignty in West Bank settlements built on stolen Palestinian land.

As for 5 million Palestinian refugees, Trump has cut funding for The United Nations Relief and Works Agency (UNRWA) that is tasked with supporting them because according to the US, it doesn’t make sense to define the ‘heirs’ of refugees as refugees. However, in contrast to rights of the people of Palestine, the hypocritical US Congress drafted the Justice for Uncompensated Survivors Today (JUST) Act to agitate for compensation of, not only the ‘heirs’ of Holocaust victims, but, where no known heirs exist, to push for compensation to be handed to Jewish and Zionist organizations in general.

This week, the Eurovision Song Contest will take place in Tel Aviv and some lonely groups, but not governments, are calling for a boycott of this event because of the Jewish entity’s oppression of the people of Palestine. In response, the Jewish entity is on a media offensive and is also closing its borders to anyone suspected of having intent to engage in legitimate protest at the festivities. The Jewish entity does not have to try very hard though, because the mainstream liberal media in the West is doing their work for them. Arwa Mahdawi summarized the hypocrisy very well in a Guardian opinion piece: “According to the Washington Post on 6 May, “four Israeli civilians were killed … and 23 Palestinians died”. CNN similarly reported that 23 people “have died in Gaza” while “in Israel, four people have been killed.” Palestinian lives don’t matter. The American media makes that clear every time it talks about Palestinian deaths, which are routinely described with a passive voice that casts them as random accidents.”

To add insult to injury, European countries will be sending their singers and dancers to Tel Aviv during the 71st celebrations of the Jewish entity’s violent establishment, while the people of Palestine, locked away behind 4 meter high concrete walls and barbed wire, continue to mourn in silence. All they can do is die, because unlike ‘Israelis’, the world’s media rarely affords them even the dignity of being ‘killed’ in its reporting. As for compensation, the West is still too busy taking from the Muslim world to ask anyone to give something back.