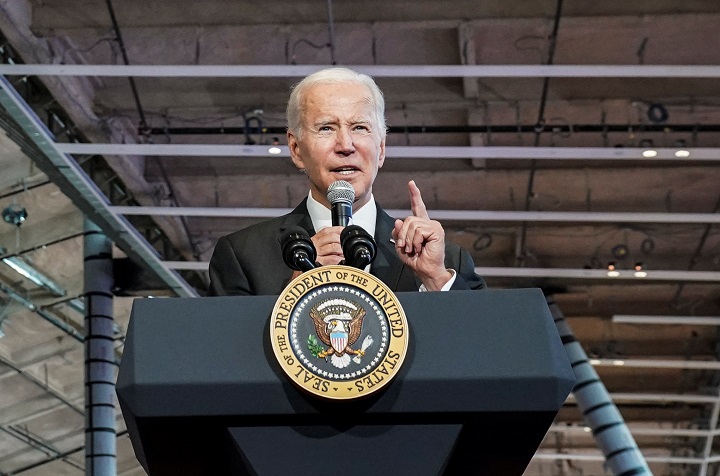 Today, President Joe Biden issued a statement about the rising Consumer Price Index (CPI) in September. He painted disappointing data about the US economy in a surprisingly positive manner: “Today’s data show more progress in bringing global inflation down in the US economy.  Overall, prices have been essentially flat in our country these last two months: that is welcome news for American families, with more work still to do.  Gas prices are down an average of $1.30 a gallon since the beginning of the summer.  This month, we saw some price increases slow from the month before at the grocery store.  And real wages went up again for a second month in a row, giving hard-working families a little breathing room.

It will take more time and resolve to bring inflation down, which is why we passed the Inflation Reduction Act to lower the cost of healthcare, prescription drugs and energy. And my economic plan is showing that, as we bring prices down, we are creating good paying jobs and bringing manufacturing back to America.”

Comment:
The Consumer Price Index is a measure of inflation, and just as Biden said; inflation is now a global problem. Nevertheless, the US economy is the biggest in the world, and the world’s currencies are bound up with it. The US is not then the victim, as the US President would like people to believe; rather, it is the engine that drives the global economic misery.

The US Federal Reserve has been raising interest rates in an effort to slow inflation, which reached a forty year high of 9.1% in June and fell slightly over the following two months. However, that is measured over a whole 12 months till the month of reporting. The monthly data show that there was an increase of 0.1% for July to August, which was the exact opposite of what economists had expected according to CNN Business: “Economists had projected that inflation would fall from July to August by 0.1%, after holding steady at 0% growth from June to July.” US inflation is far higher than the target of 2% that the Federal Reserve is hoping to reach by raising interest rates, which is a commonly used toll to slow down a capitalist, interest-based, economy by raising the cost of borrowing. This does not seem to be working now.

The cost of gasoline fell by 10.6%, which is very volatile and depends much more upon political developments such as the war in Ukraine than on the state of the US economy. However, almost everything else became more expensive. According to the CPI report (September 13, 2022): “The food at home index rose 13.5 percent over the last 12 months, the largest 12-month increase since the period ending March 1979.” Inflation hurts the poor more than the super-rich. The poor pay twice. First, their salaries buy less; and with food prices rising the most now, those who spend the largest proportion of their incomes on food suffer the most. Second, when finally, inflation is brought under control something else happens that disproportionately affects the poor: unemployment rises! If the 2% inflation target is reached, unemployment is expected to rise to about 6% with 5.3 million US job losses. Therefore, after struggling to afford the rising costs of food over many months, the reward that a hard-working American can look forward to if inflation is brought back under control is a much higher risk of losing his job and not having any income with which to buy food.

This is what Federal Reserve Chairman Jerome Powell meant when he warned that there would be “some pain to households and businesses” by raising interest rates. This pain is provisional upon what he calls “a soft landing” where the economy, and with it inflation, slows down and then stabilizes. Otherwise, there will be a deep and lasting recession.